A long while ago I promised myself that I was going to do an hour or so of sculpting/converting every day in order to pick up the skills that are needed to eventually start sculpting myself. This basically this never really materialised as there were a number of health issues that I had to get out of the way first (sorry if I keep mentioning this, it was quite traumatic and I guess that it hasn't left my system yet). I'm presently without any doubt not sculptor in any meaningful way but I am going to give it a try, starting with conversions and building it up. These sets of posts are going to cover the start of that journey.

Anyway, today I  managed to allot some time to have a go at an Foundry Indian casualty model that I bought from second hand from the Middlesbrough show last weekend with a view to converting the little fella into an Afghan casualty.

Apologies for the photo's- I'll make sure that they're taken properly next time. Here's a before and after:

The mini had his pants trimmed off with a sharp blade and then was roughly filed down to leave his legs more or less bare. 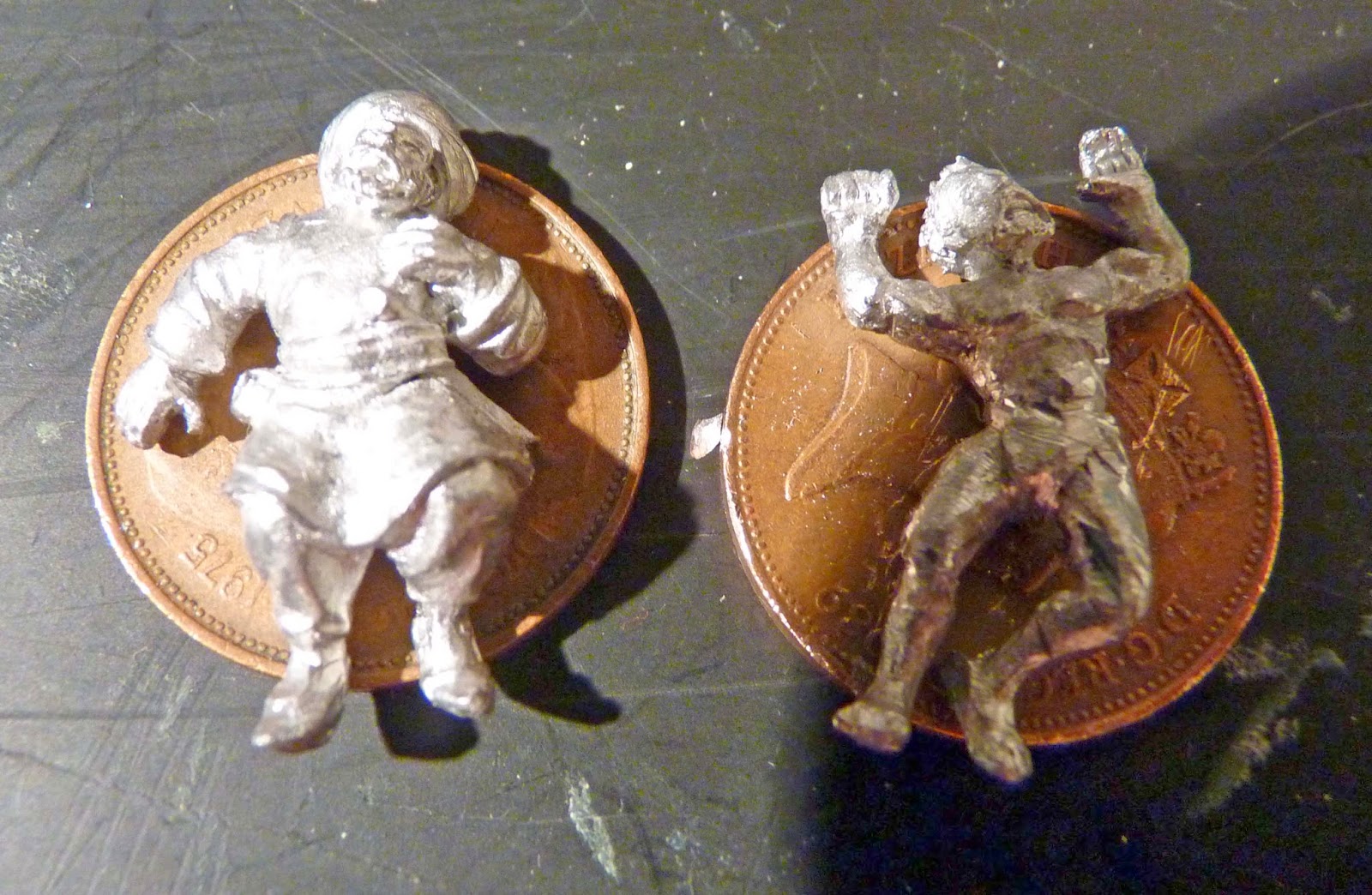 OK,  I gradually added 'lumps' of ProCreate putty, mixed 50/50 to the model building up the pants on the model as I went. It was also important to get the pants rising as if they were very baggy as in the test model next to the conversion. I then simply applies the folds in the cloth, exaggerated slightly to conform with the idea of the trousers being baggy. 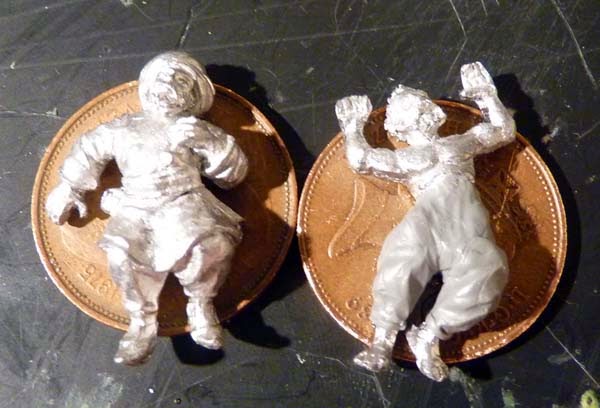 That's about it for now. Tomorrow I will be trying the daunting task any sculpting I do if the file strikes the putty later on.