OK, so inspiration can sometimes be hard to come by. My other half has for many years been growing Bonsai trees, at first not so successfully but now that she's got the hang of it she's getting rather good... but I digress!

In her early days of nurturing the trees she was left with the skeletal remains of one such tree which for some reason she kept in the house, that was until I stumbled upon it whilst tidying up! Aha! Just add rubberised horse hair and the right sort of flock and we have an instant instant tree. Having looked at many trees on the net I was thinking of removing some of the branches but I'm not so sure. Too many and it will look overgrown and too few and it will look like Candyfloss. So, what do you think? 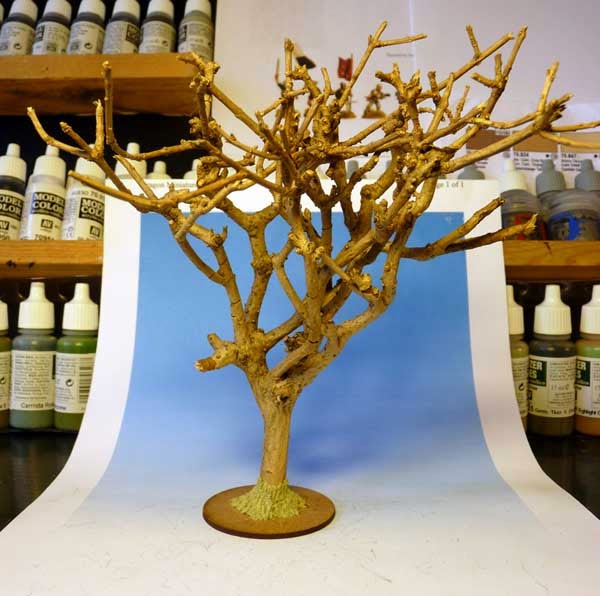 One other use that I found useful was simply an off cut of the trunk that will be taking it's place in this vignette I have been planning for the anniversary of WWI. I refuse to say Celebration as some have as I really don't see what there could possibly be to celebrate about the terrible deaths of ten million military personnel and seven million civilians!

Anyway, it's just my little homage to the dead of WWI on the Western Front where my Great Grandfather fought. We don't actually know that much about his military career (some research is certainly in order!) but he came over from Ireland to fight for the British Empire and his family settled in the charming setting of the Durham Coal Fields! My Grandad, not to be confused with my Great Grandfather pictured below, talked to me about his exploits in WWII in some detail but didn't mention his father very much if at all so as I said, we know very little about him. My Mum is no historian! (Bless you Mum). 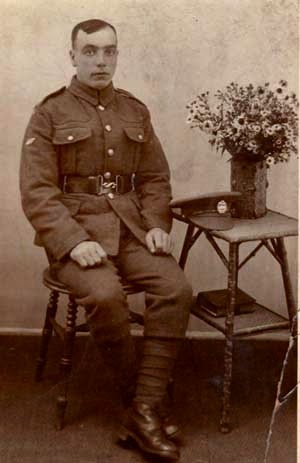 The miniature is no longer available but was part of a collection of mini's to raise money for the mentally scarred military personnel of the last decade or so. This was set up by Jules who used to own Figures in Comfort. The planning stages of the piece is in it's infancy and there will no doubt me a few permutations before I settle on a composition that looks right. Oh, the tree stump will get a bit of a battering too so it looks like it's in a war zone and not my back garden! :>) 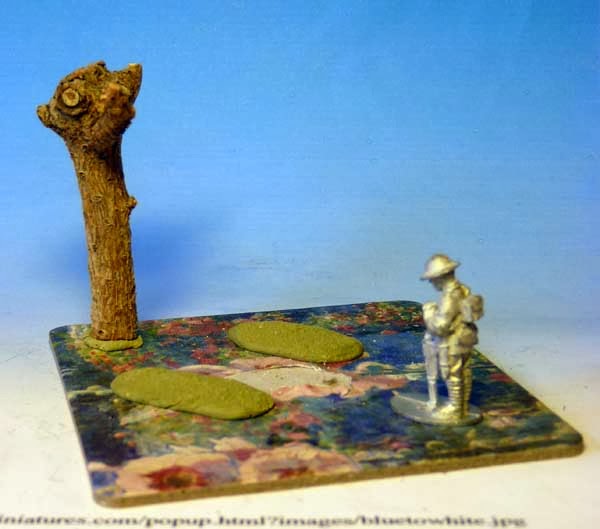