To start the ball rolling on the Second Afghan War demo game I'll be putting on next year at Partizan in May/June I've been splashing some paint on some of Wargames Foundry's lovely Pathans designed by the Perry's many a moon ago.

They are sans bases at present as I haven't decided how they will be based as I'm waiting for a set of rules to be released by the Grimsby Wargames Society some time over the next three or four seeks and I reckon I'm going to go with their rules as they seem to be designed with mass battles in mind.

I was lucky enough to witness their Indian Mutiny game at the Durham show and I really liked the simplicity and elegance of what I could glean from the game- See former post Durham Wargames Show for pics of their excellent game.. It's really the basing that I'm concerned about so these chaps will remain baseless for a little while yet. 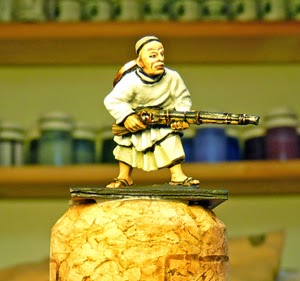 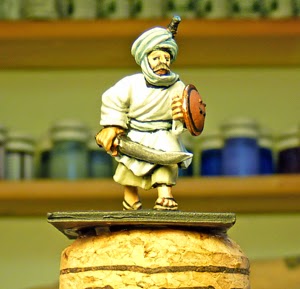 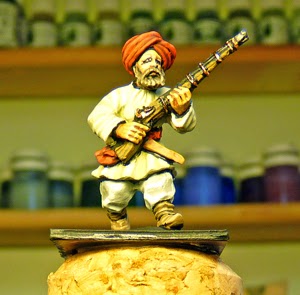 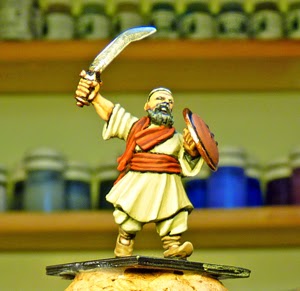 As soon as they are based up I'll take some pics with some decent terrain in the background and post them up here on this blog.