ClubbingIt!!! Long Day and a Sails of Glory Scenario.

Today we were visited by my sister who had jumped on a train and travelled up from Bromley early in the morning! We hit the Church Mouse, had a lovely slap up meal before heading home to my parents house for a long awaited catch up. My sister is a trouble shooter for failing schools in London (no shortage of work!) and has not failed in her twenty year career to turn a school around! An honourable profession, I'm more than a little proud of her, I certainly wouldn't have the commitment and patience required.y, It really was lovely to seer her. You well might ask what the hell has this got to do with painting and wargaming? Well, I'm staying at her house for a short holiday for a few days when Salute is on so that's my tenuous link :>)

Conrad Cairns, author of The First Carlist War, A military History and Uniform Guide published by Perry Miniatures, wrote up a scenario and instead of using the plastic ships that come with the Sails of Glory box as well as being available individually, with some of his metal ships, more historically accurate and better looking too IMHO.

The scenario was a meeting engagement between the British and the Spanish in the Caribbean, As it was not Hurricane Season the winds were flat so that didn't come into the game! Luckily!! The Brits started badly with some uncoordinated manoeuvres (mainly due to my incompetence is has to be said) whilst the Spanish managed to get into position easily and quickly.

It wasn't long before the ships were engaging one another, the Brits perhaps not making the most of their firepower, one again, down to me for insisting I use one ship and that turned out to be the admiral's Flagship! It being only my second game this was to prove to be folly! Somehow, more by pure luck then stealth and tactical nous I managed to strip one of the enemy's ships of most of it's crew leaving it a floating hulk in the water, a fine prize for a newly promoted admiral! Conrad, who was also playing the Brits put up a good fight both sides doing damage to one another to the point that it seemed necessary for us all to retire, lick our wounds and (hopefully!) return to fight another day.

I'm still unsure about the rules, there seems to be an excessive amount of book keeping although this is off table and presented in a neat manner with some decent graphics. After just two games I don't know if the rules are overly complicated or they just haven't sunk into my head as of yet!  I suppose I'll have a much better idea after playing a few more games. Again, like my last Sails of Glory Post, I must emphasise that the rules are geared much more towards a game as opposed to simulating naval warfare of the time. 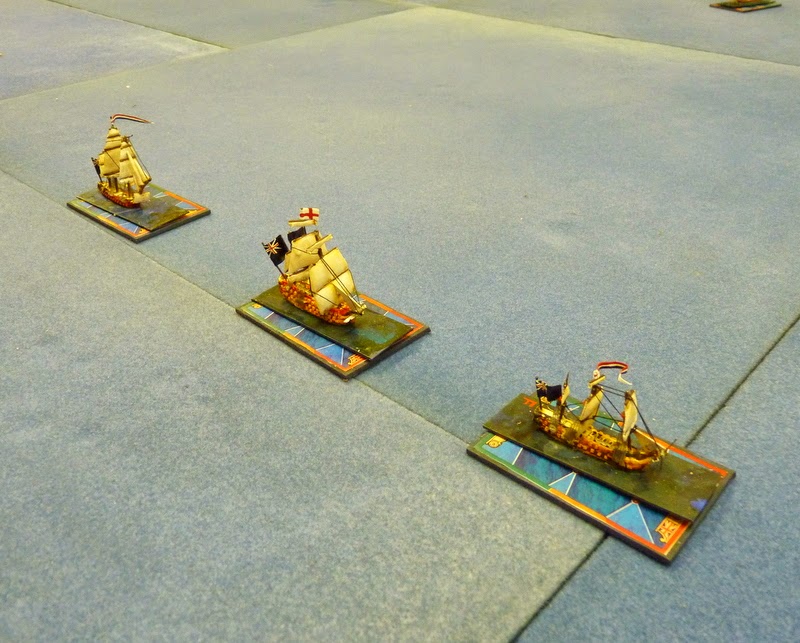 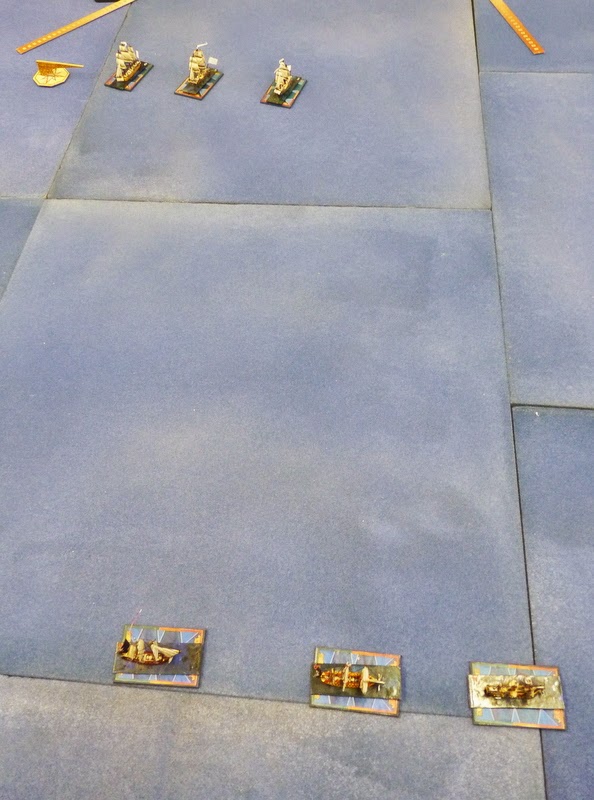 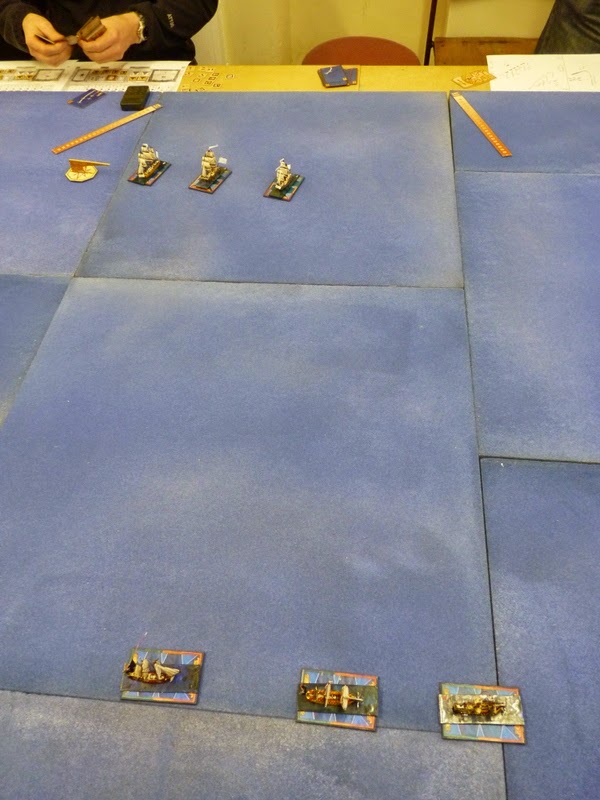 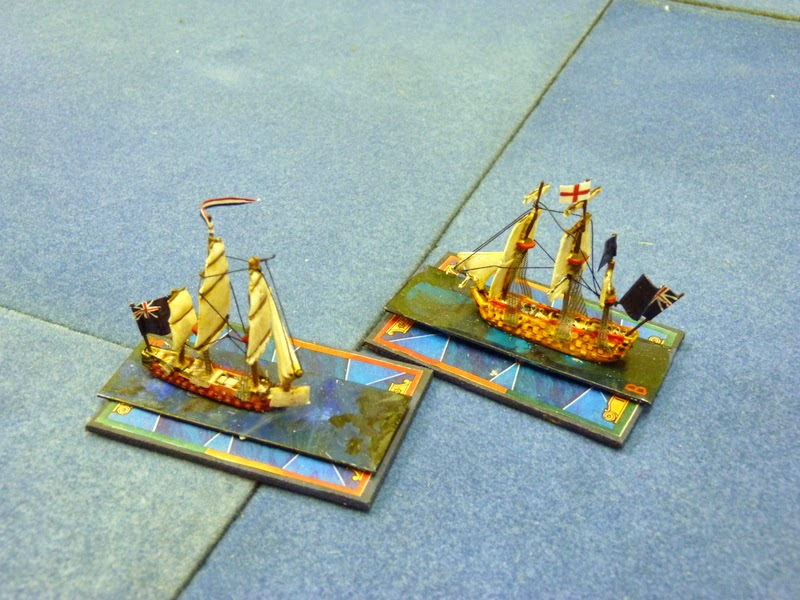 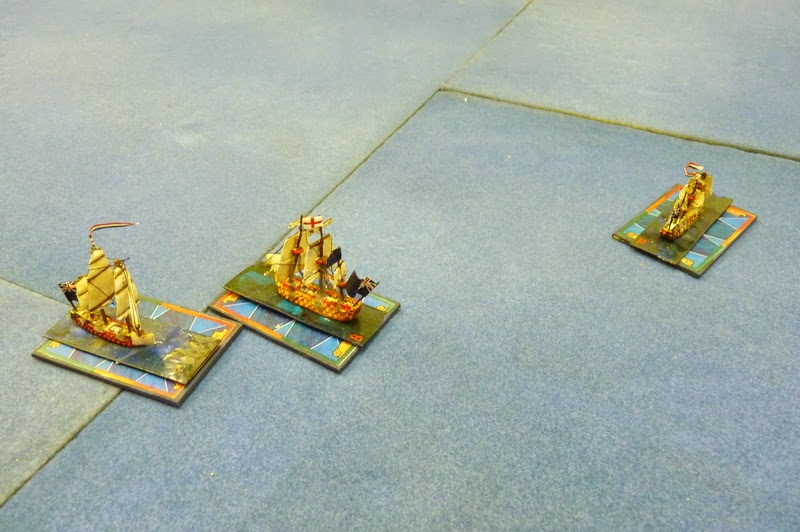 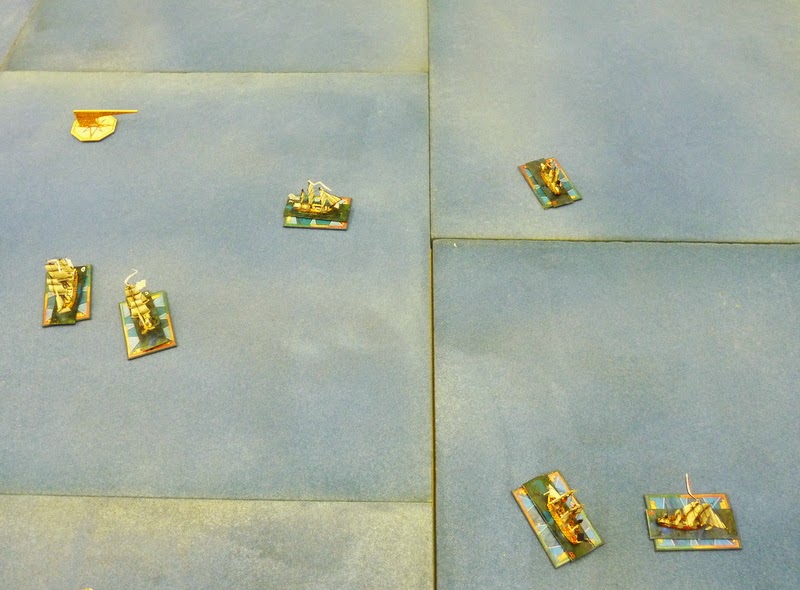 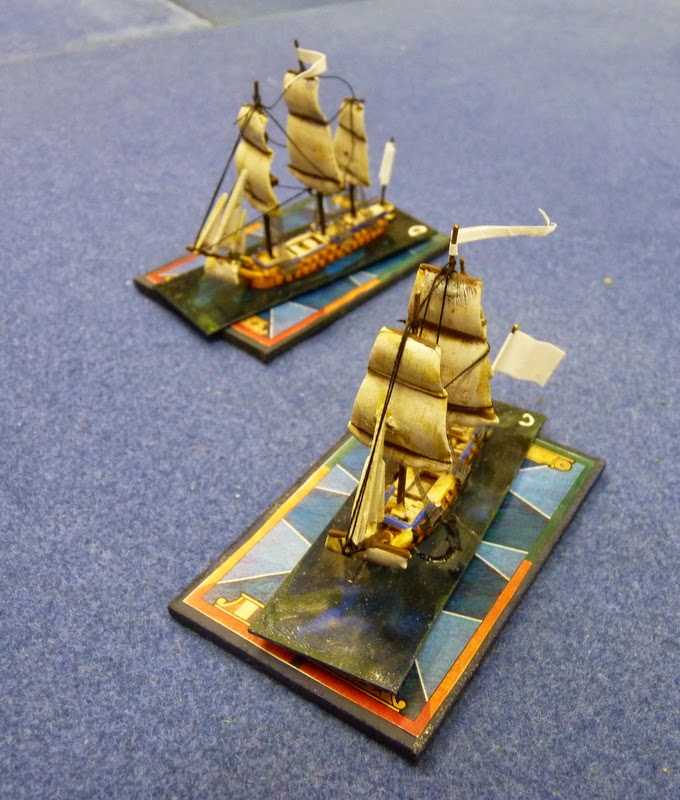 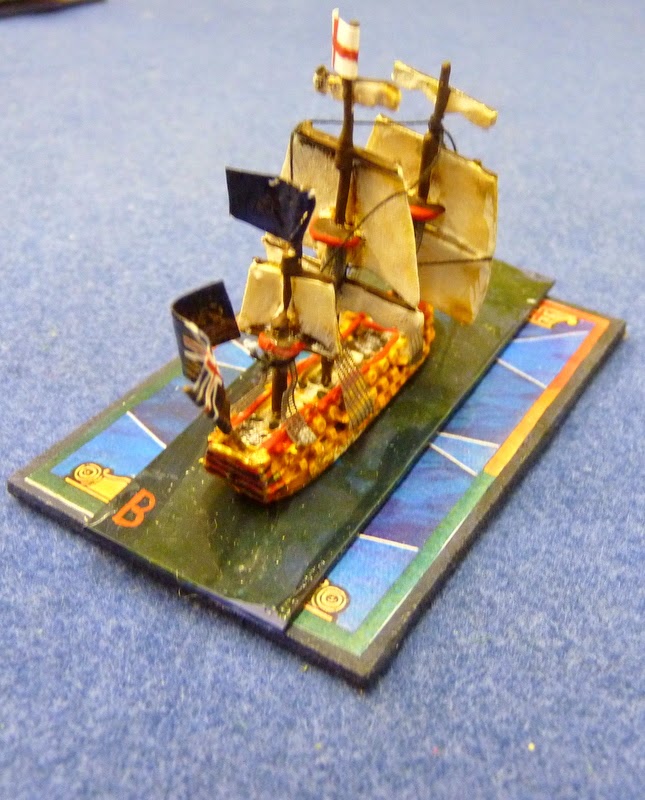 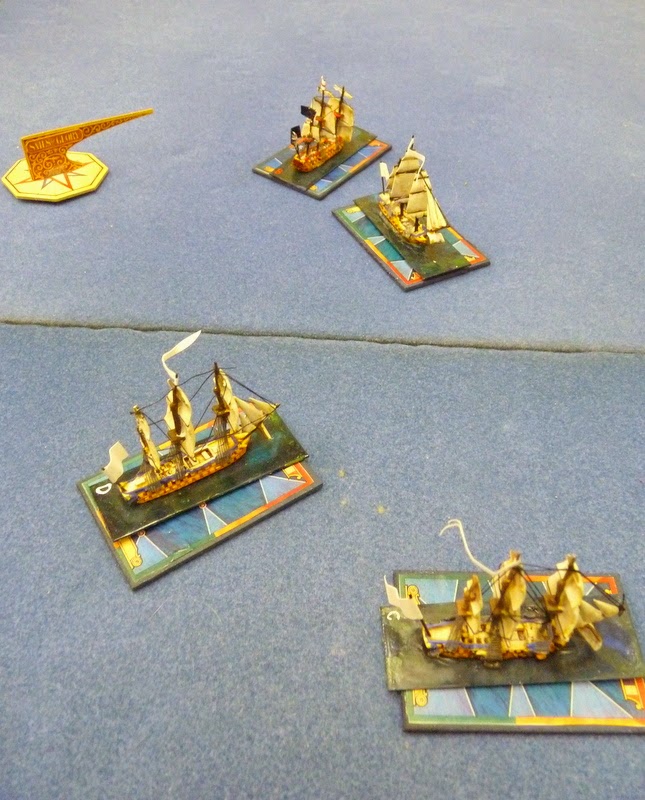 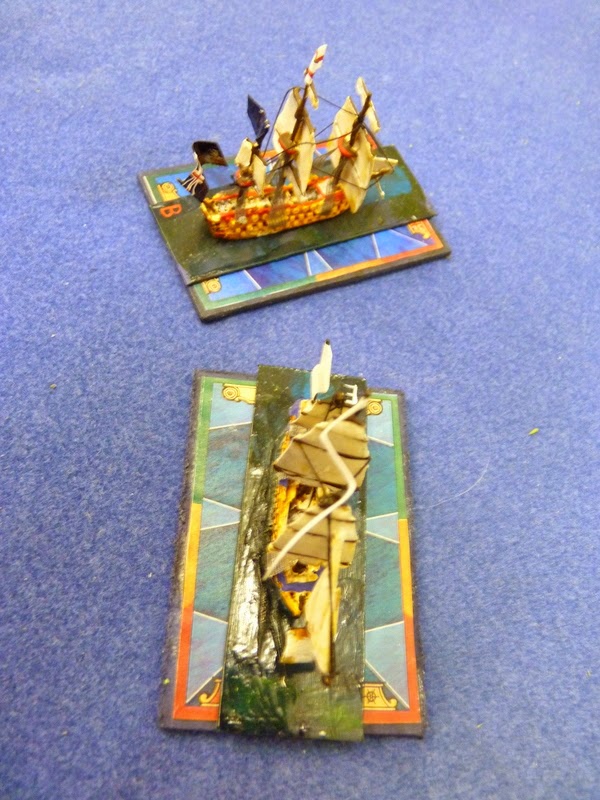 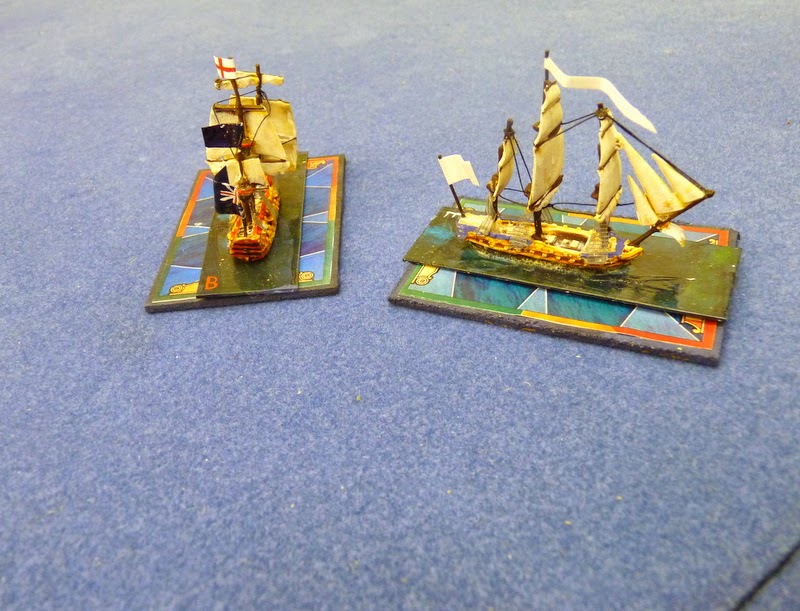 Email ThisBlogThis!Share to TwitterShare to FacebookShare to Pinterest
Labels: Clubbing it!, Sails of Glory