I must admit that I had held a rather dim view, solely through seeing game played on the net of the Sam Mustafa rules. Last evening on my return to the club after a six week hiatus (most of which was spent painting prior to Salute) I was able to watch a game being played by Nigel and Jim and I have to admit that the rules and their mechanisms (from what I could glean from being a spectator) seemed to work quite well and had me thinking what 15 mil company made the best mini's for the period!!?? This was quickly tempered by reminding myself that i have enough fingers in enough pies at present (no thumb jokes lease!).

The guys are in the middle of a campaign at present so I may buy something later on to play. I forgot to ask but I was thinking something along the lines of Blucher and Ab miniatures. I'll have to ask next week if they have any plans of running either a Blucher or Maurice campaign in the not too distant future.

I did of course, as habit dictates, take a few snaps. Unfortunately, I had to leave before the conclusion of the game but things weren't looking so good for Nigel and his 'Albions'..... 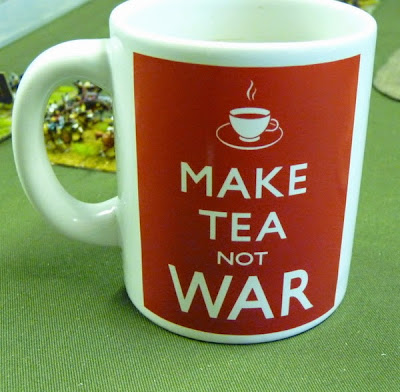 Albion's finest move into position in order to protect their precarious looking flank! 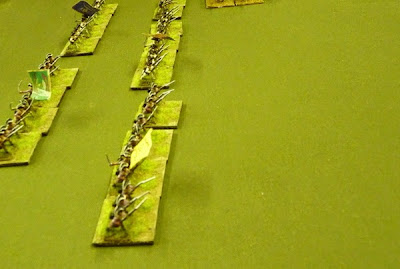 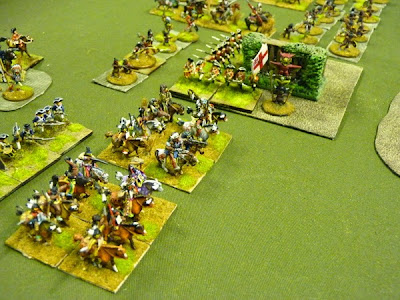 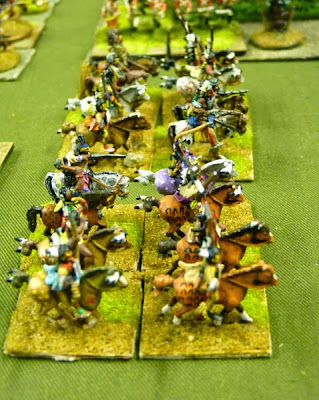 A close up of Jim's Prussians- at least that's what I think they were! 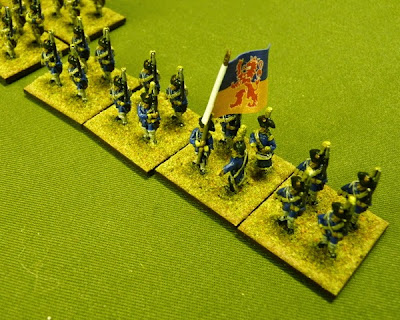 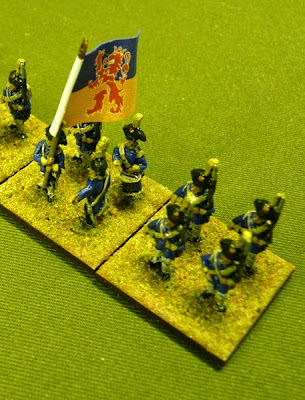 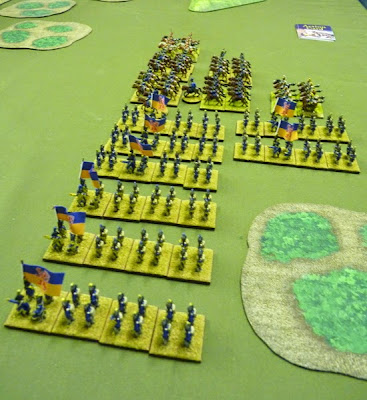 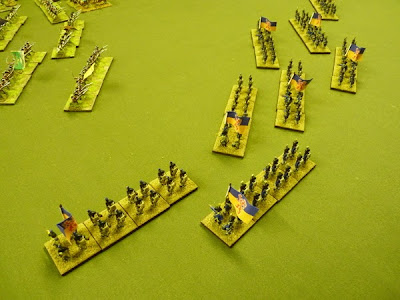 I do have a name for Nigel's Commanders but I'd best keep it to myself lest I get into trouble! 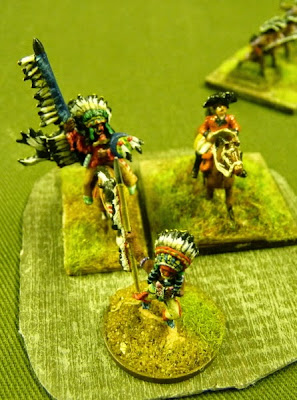 The last few pics are of the battle as the pressure mounted on Nigel's flank and Jim was just about to close in for the kill. I'll find out what happened next week! 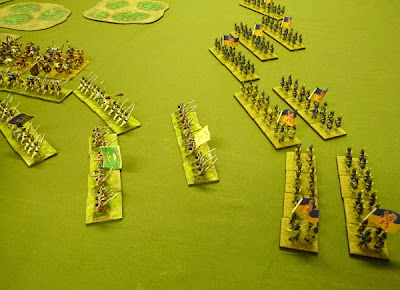 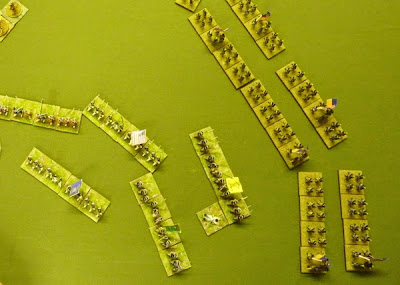 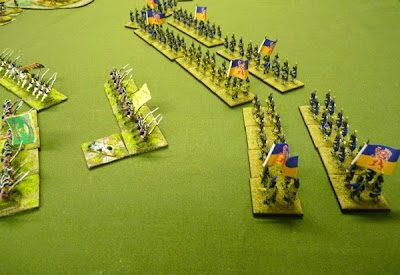 Email ThisBlogThis!Share to TwitterShare to FacebookShare to Pinterest
Labels: Clubbing it!, Maurice