Salute 2015 By Increments I

I thought I'd wait a week or so for all the other pictures of Salute to appear on the net before embarking on a brief of what i thought to be the most interesting games.

If any of you know me personally it will come as no surprise that I chose Simon Chick's Battle of Agincourt game as my favourite of the show so it would make sense to start with that game. For anyone who doesn't know Simon from his Harness and Array and Je Lay Emprins will know that Simon shares my fascination with Late Medieval history. The game at Salute was heavily based on Professor Anne Curry's latest research and reflected the fact that in all likelihood the French  were not present at the battle in the numbers many military historians usually prescribe. Rather there was significantly less of the French Nobility and their retinues present at the time of the struggle. Still, they were present in numbers enough to foul up the carefully laid plans of Boucicault and D'Albret and the flank attacks simply didn't take place. It's impossible to surmise what might have happened had these two cavalry attacks taken place but it is probable that the battle would have turned out very differently.

Simon et al were using Hail Ceasar for the game. I'm not sure if there were any amendments to the rules. 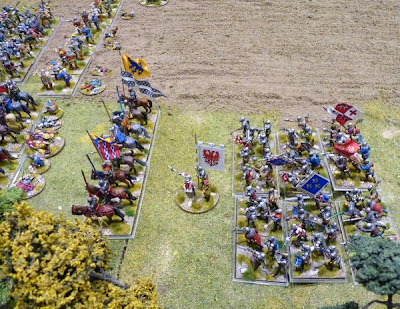 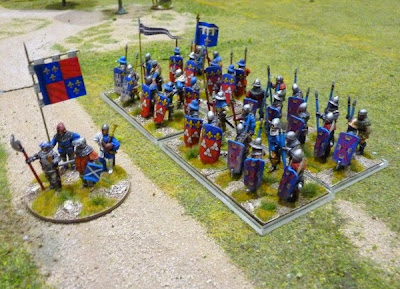 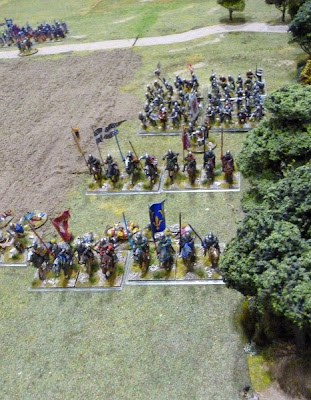 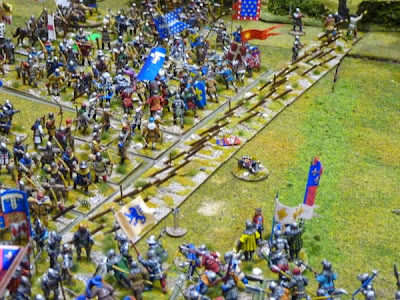 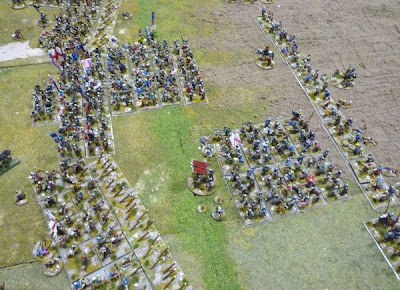 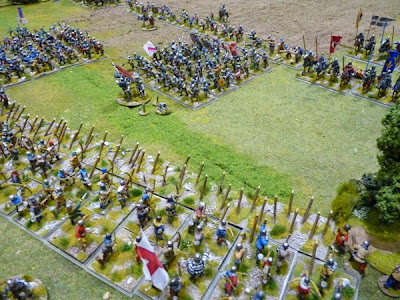 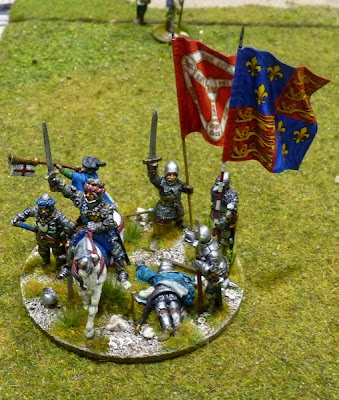 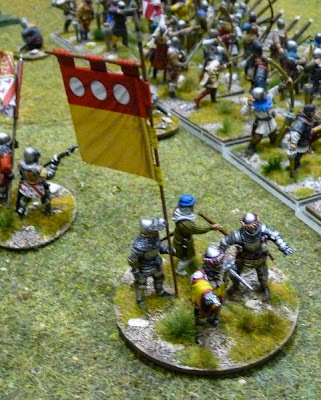 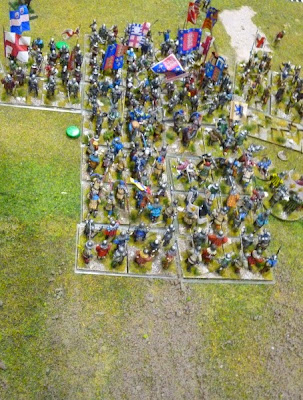 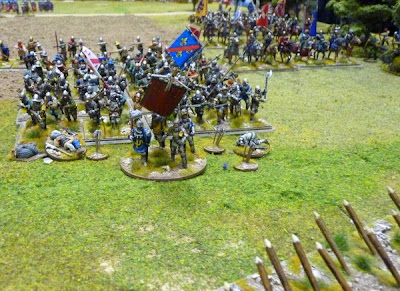 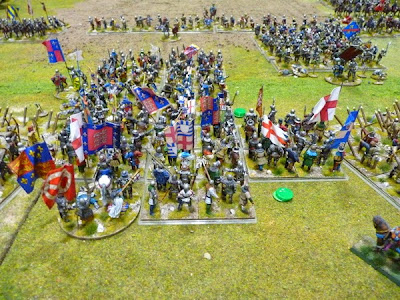 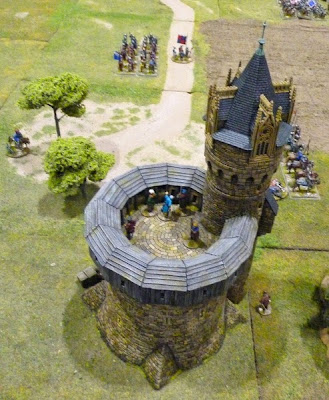 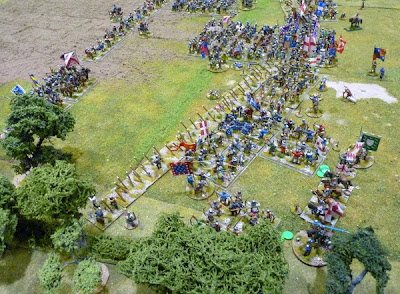 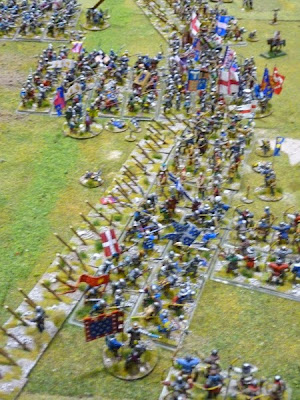 Email ThisBlogThis!Share to TwitterShare to FacebookShare to Pinterest
Labels: Battle of Agincourt, Salute 2015 By Increments I. Salute 2015

"He commanded the host embattled not to break nor remove their array for winning, or keeping worldly goods, but only to win worship in... 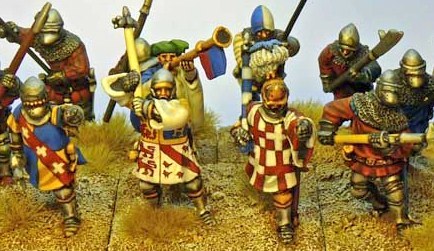