Up the Nile! More Beja II

Here is the second unit of Beja. These were not speed painted but were part of the eleven you see on these two bases some five years ago.
Old Unit: 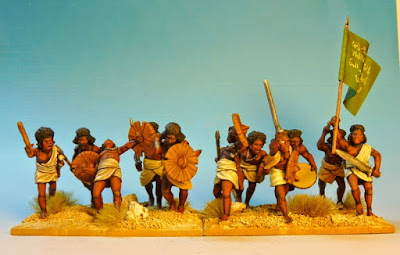 The mini's have been re-based with an extra mini having been painted up to round off the numbers to three a base. They are based for Kevin Calder's Up the Nile Rules but could easily be used in any skirmish game such as Setting the East Ablaze or The Men Who Would be King. Equally, due to the irregular nature of the Mahdist Ansar onslaught Hail Ceasar nicely too.

I remember spending so mch time of these that it really put me off painting any more at the time. Not in a hurry at any rate and that has been borne out by it being over five years since I painted anymore! There is one speed painted mini, painted up with another batch of 12 with a darker skin tone. If you can spot which one it is I will give you a prize! Or a smile.

Again, these are a rough 50/50 mix of plastics and metals. As lovely as the Perry Miniatures Plastic Mahdists are I find that the bodies are limited in their stance so it is really desirable to pop in plenty of metals to get the right balance and variation.

I used the painting guide that came with the plastic boxed set for the flesh tone and went for a redder African skin tone as illustrated in the guide. I will likely limit it to one unit of 36 with the redder flesh and the rest of the Beja Tribes will be painted in a darker skin tone. It will at least be nice to have one 'tribe' with some variation in appearance.

Note to self- add dropped spear or sword to this base! 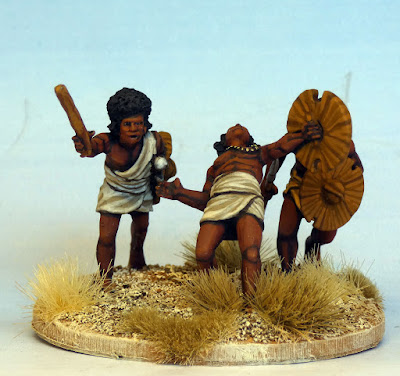 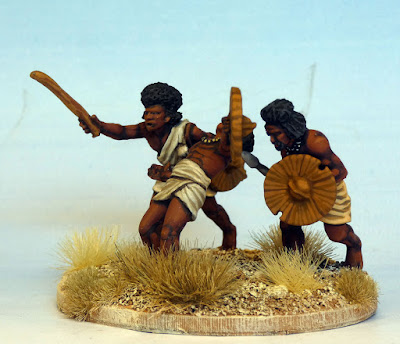 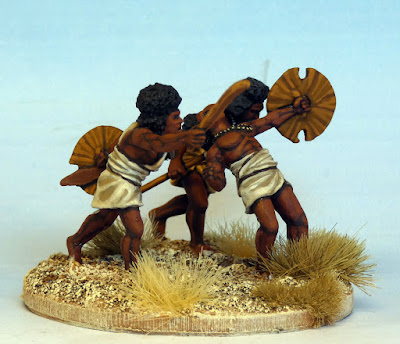 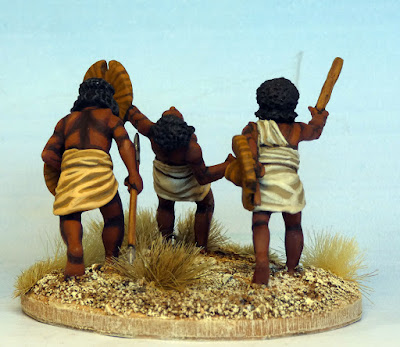 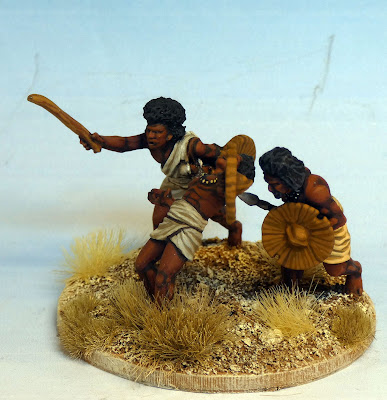 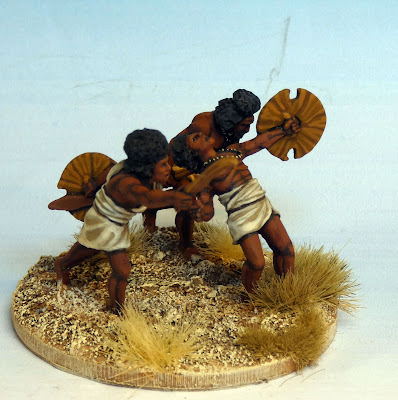 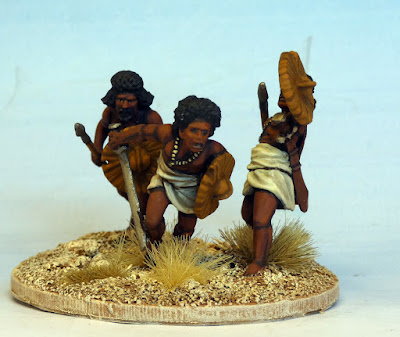 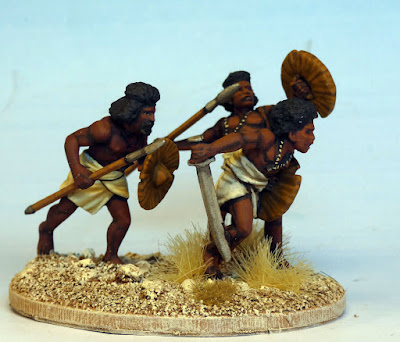 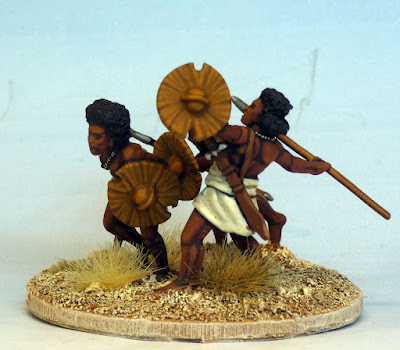 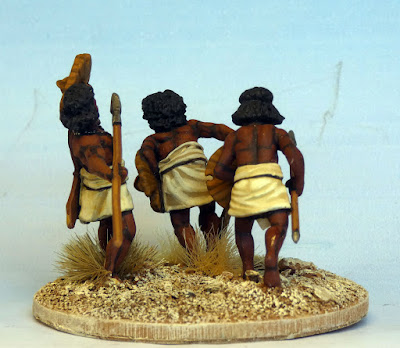 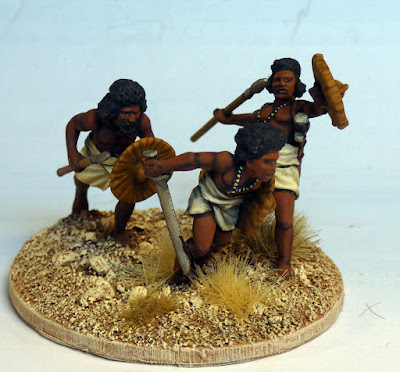 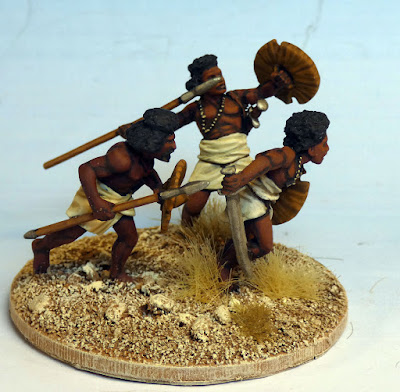 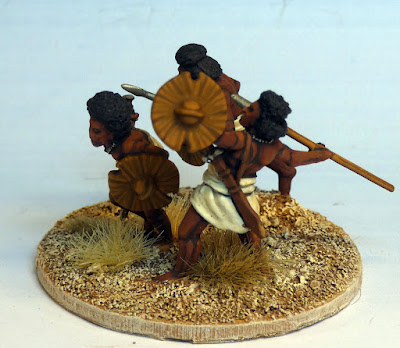 This has literally just come to my attention now and I have been toying as to whether or not to paint it out but I seem to have manged to get a Vallejo Model Colour Dark Sand smudge on the banner! not the best of times to discover such a booboo! LOL 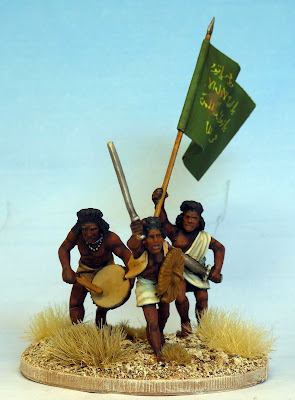 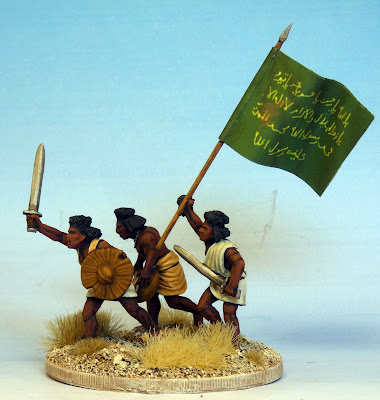 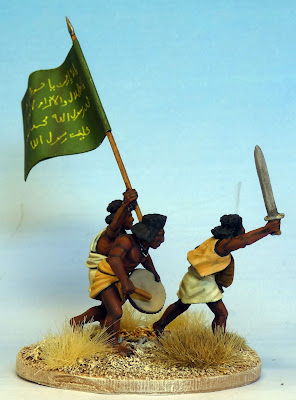 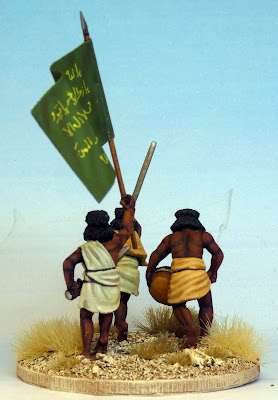 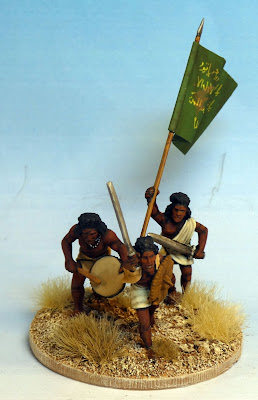 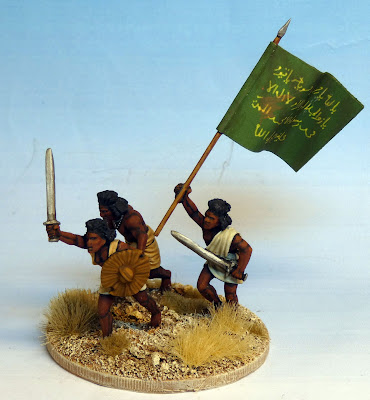 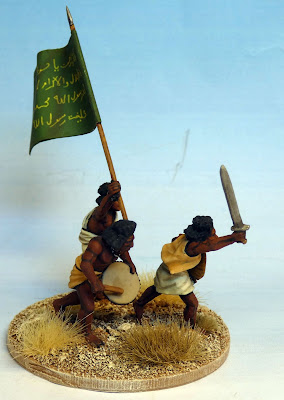 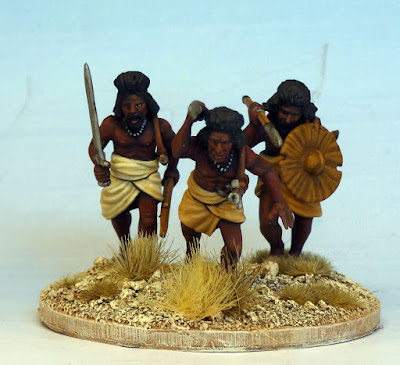 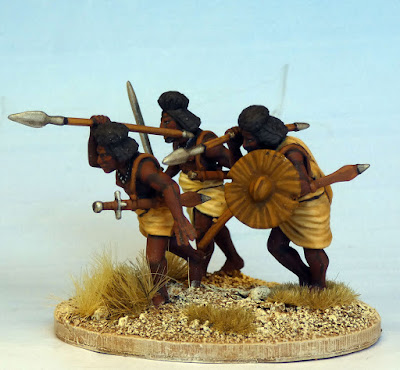 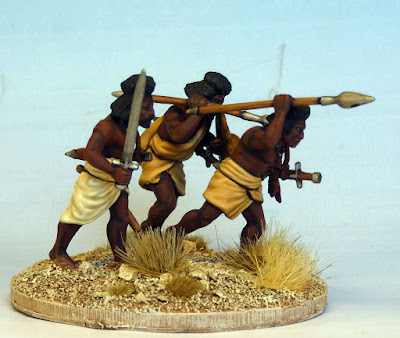 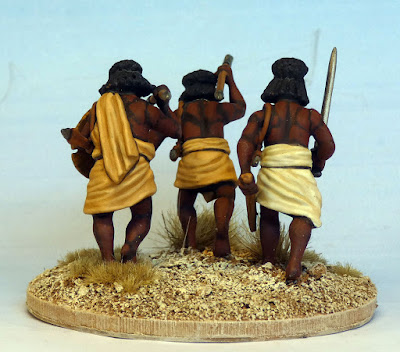 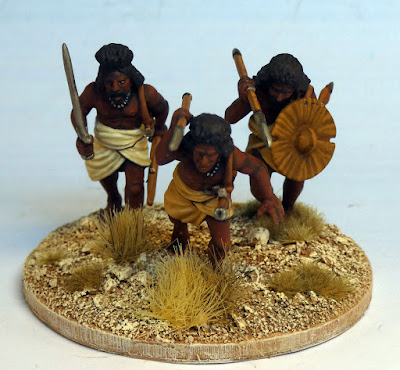 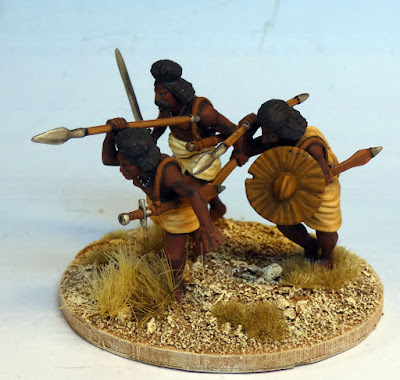 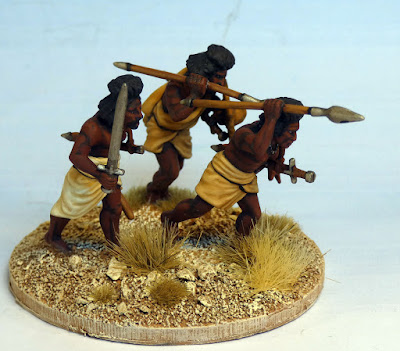 Hi, After a lot of going backwards and forwards in my head over what to do about the banner for this unit I decided to go 'old school&... 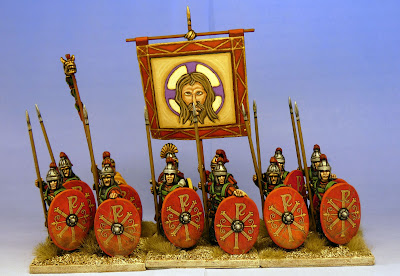