OK, if you are expecting a post covering Edmund "Crouchback", 1st Earl of Lancaster, 1st Earl of Leicester you are going to be disappointed. Pigs might fly as they say! 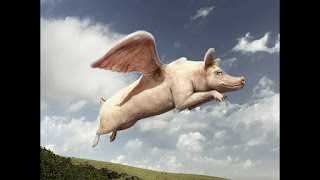 I was in correspondence with one of the chaps on the Lead Adventure Forum and we got around to talking about painting and how it can effect men's health.

I have been planning on writing a post about he subject but just could not see my way forward in terms of how to go about it. It is not an easy subject to approach especially when I myself have been in some pretty scary situations as regarding my own health a few years ago.

I decided in the end to just publish the correspondence with the caveat that I'm not going to repeat anything that my friend said or pertains to what we discussed regarding his illness, that is his business. This is not meant to be 'preachy'. I suspect that we all have our own ways of dealing with health issues but it is important to beat a path, however difficult, to better mental and physical well being IMHO.

Here is what I wrote:

Roughly six years ago I was mis-diagnosed with lung cancer! I was getting quite breathless and wanted to get it checked out......Basically, after several CAT scans I was told I had a nodule on my lung, that I had ling cancer and needed positron emission scan!! By this stage my mental health was starting to disintegrate too. When the positron emission scan showed I was clear the Oncologist ought to admit that he had made a mistake, offered an apology, none of which he did! Instead he told me that I must have emphysema! So, to cut a very long story short I kept getting more and more breathless. Luckily I changed GP to a German chap who immediately sent me for an ECG treadmill test at the local hospital. Yep, I had a 93% blockage in (luckily just one) of my arteries but they were able to fit a stent which saved me from the mental and physical trauma of a bypass op. Or worse. I felt as good as new the next day!From that day forward I made a pact with myself that I was going to start looking after myself. I started Fa type of yoga by the name of Forrest Yoga, despite the name (yes, it does sound a little hippy dippy) it's actually a really tough regime- there are no pretty trees, just a tolerable level of pain! I then medium weights and started doing a lot of walking. Then, and only then comes my painting.The yoga has been amazing and one leaves the class with on a high due to the extraordinary the serotonin and endorphin release; this really sets me up for the day.So, it's very much as yin yang approach for me. I don't subscribe to the alternative lifestyle that many yogis do. I'm certainly not a vegan- not that there's anything specifically wrong with that lifestyle as long as one educates themselves about nutrition first. Sadly many don't.

(B12 deficiency is a huge problem with veganism, or for that matter a junk diet Methylcobalamin is the natural form that humans ingest but that comes mainly from animal products. The Cyanocabalamin B12 that vegans mostly ingest actually blocks the Methylcobalamin B12 which can lead to serious problems with ones nervous system)
I also have a mate who's a nutritionist which is great as I have access to new research so I can make informed decisions about what I'm putting into my body.On a slightly sadder note. A mate of mine had two stents fitted at pretty much the same time as me, he still drinks about 20-30 pints every weekend!! Still, he's still around and kicking which is what matters.One last thing, many painters spend a lot of time with their backs crouched. Which as well as compressing ones organs it also is terrible for your spine. You can buy ergonomic chair's of various descriptions and I've been looking at these just this week. The problem being that there are so many of them now available that it;s almost impossible to make an informed choice!

I know Henry Hyde has been talking about men's health issues with Tony Pollard on his Battlechat podcast quite a bit which is great.
Posted by Bedford at 12:45

I was very pleased when these two little babies popped through my letterbox today. I have had the privilege of having a 'rough' pdf ... 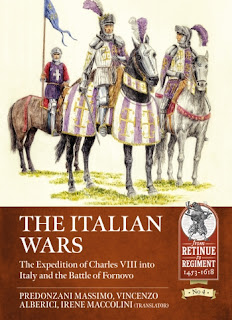