The next instalment of the Dux Britanniarum Campaign had me watching pretty much one game trying to pick up the rules. No mean feat after having tried to read through them post work I fell asleep on page 35 where they begin to describe movement! Yep, so it wasn't that easy to follow but I could see the chaps enjoying the game.

Raiding a Church or Fiddling with the Monks Scenario!

For reasons of avoiding any embarrassment on the part of the Saxon player I have elected not to use names :>)

Saxon player gets four free turns to Advance- which he does towards the church. 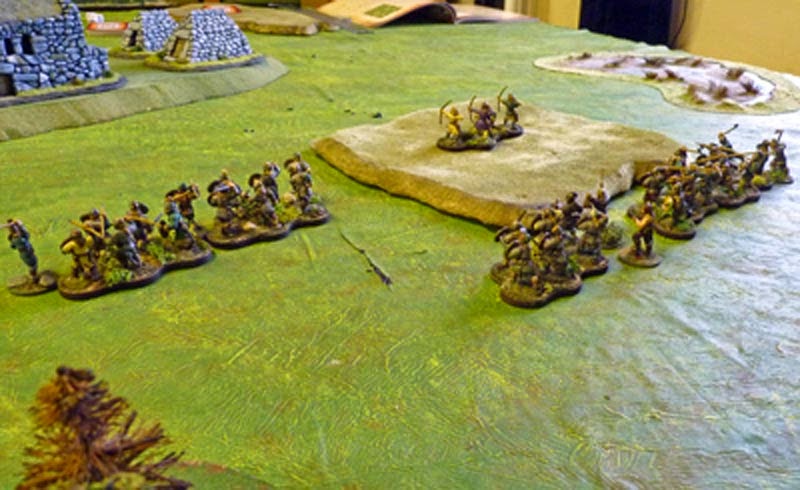 Monkish community is well equipped with outside dunny's so is probably wealthy! 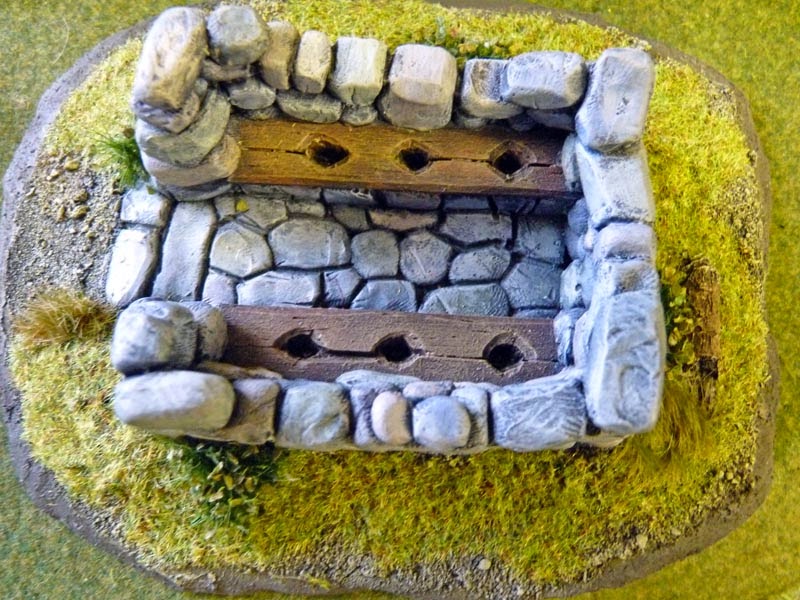 The next two images show the extent of the aggressive Saxon advance. 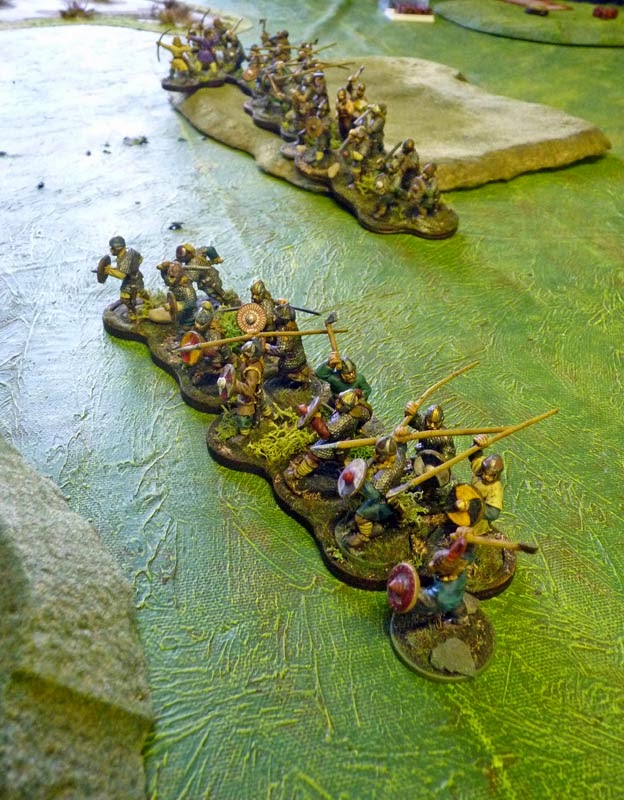 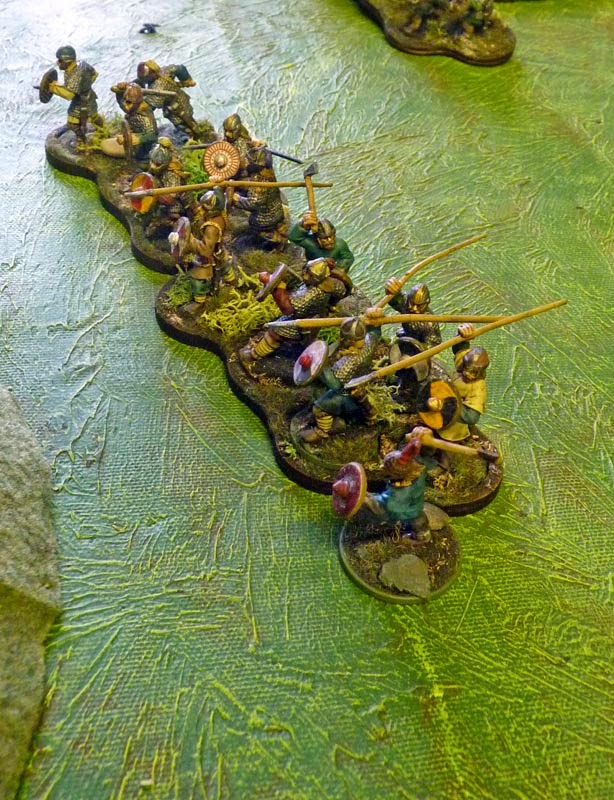 From behind the Monkish community the Saxons march forwards!

And this is about as far as they get! 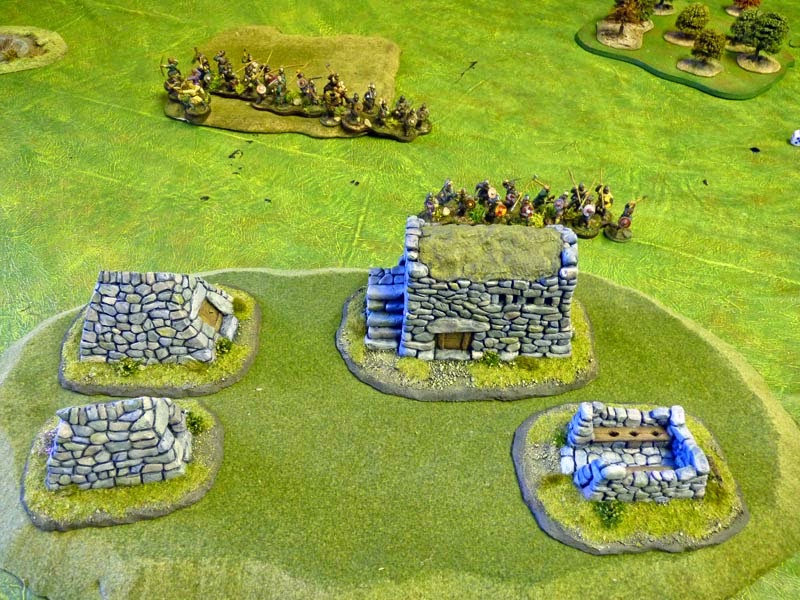 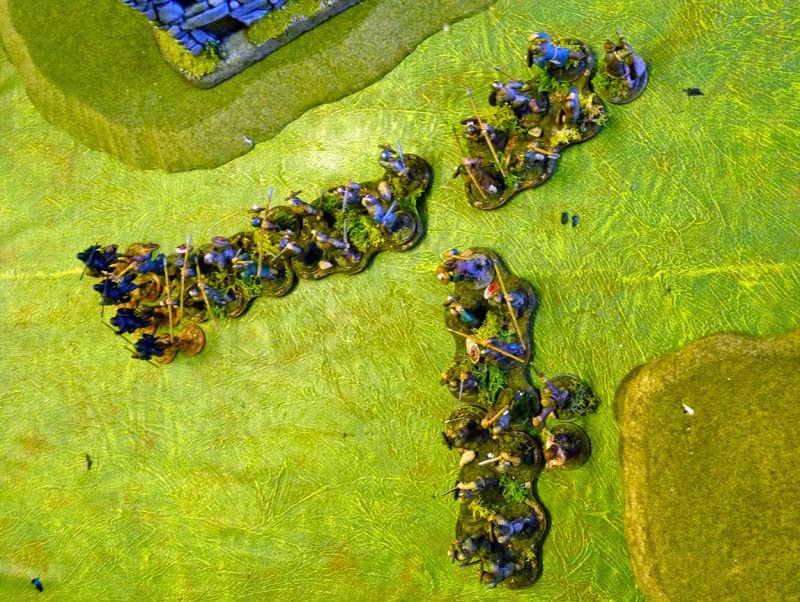 Saxon Wiglera keeps his eyes firmly fixed on the time! 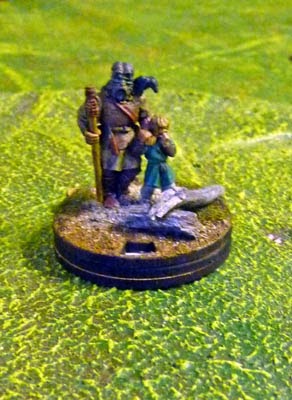 The British Shock Cavalry Warriors hit the flank of the Saxons and cause havoc! Then along come the British Warriors on foot just to add to the 'situation'. 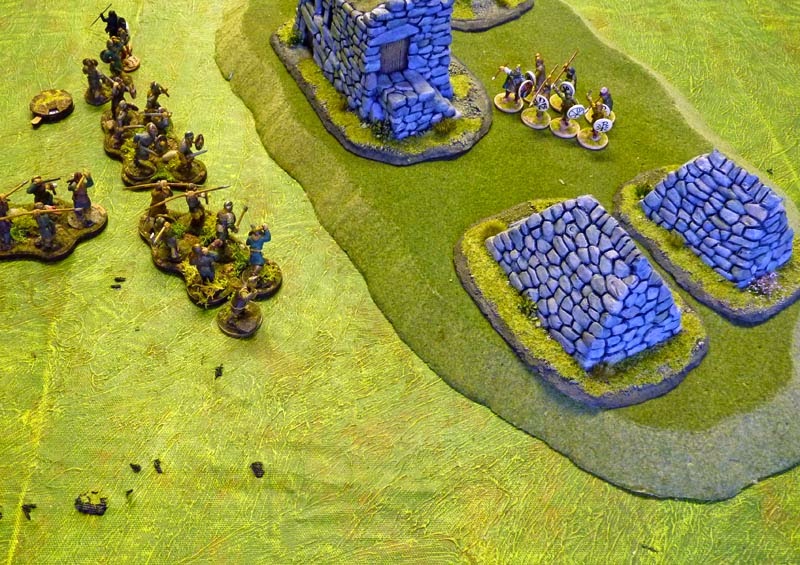 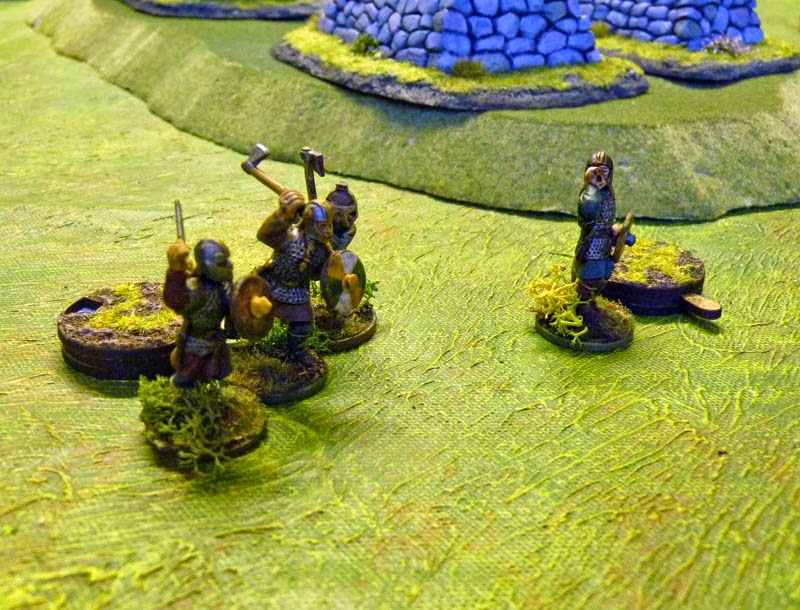 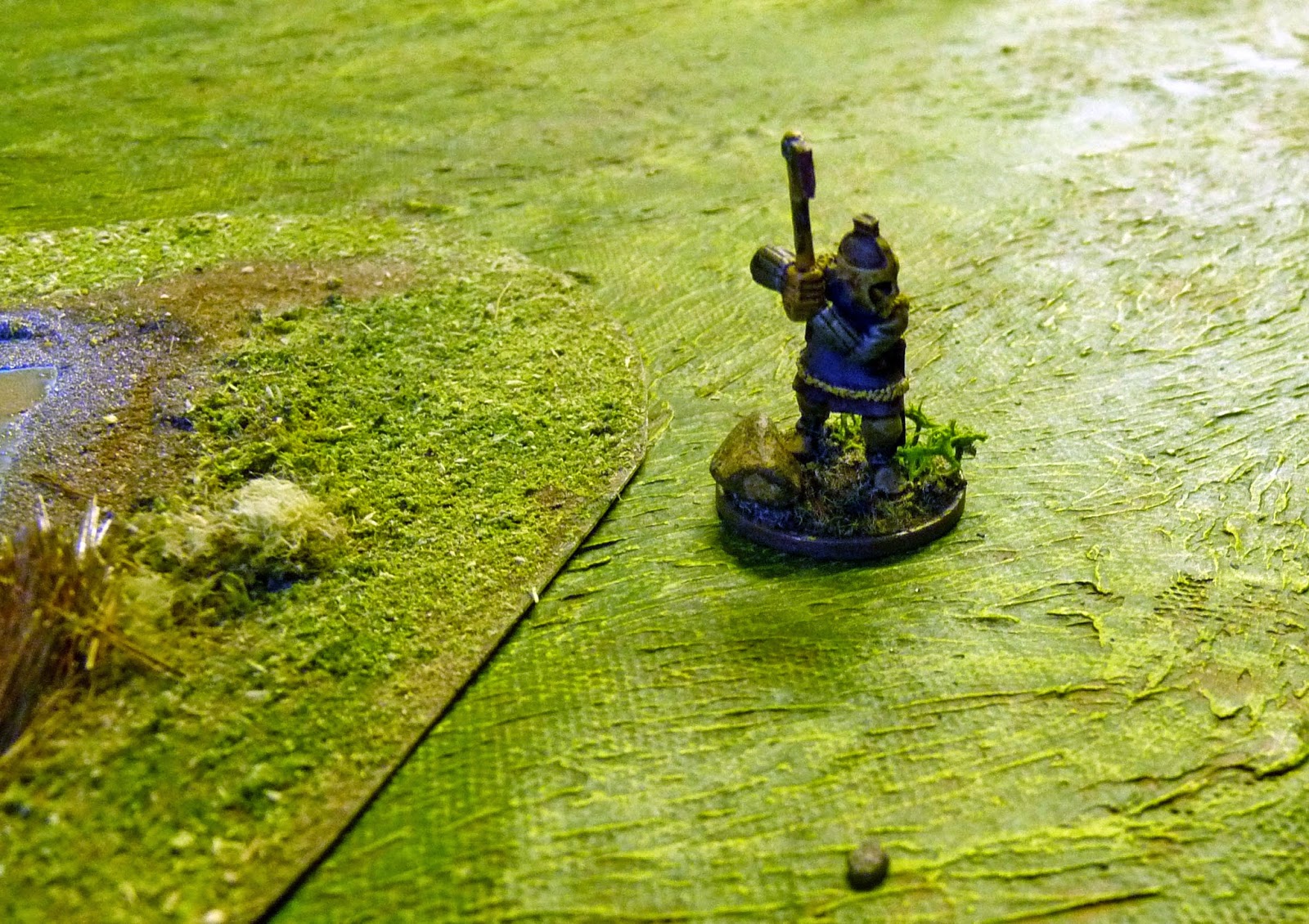 A close up of the brave Noble as he chickens out! 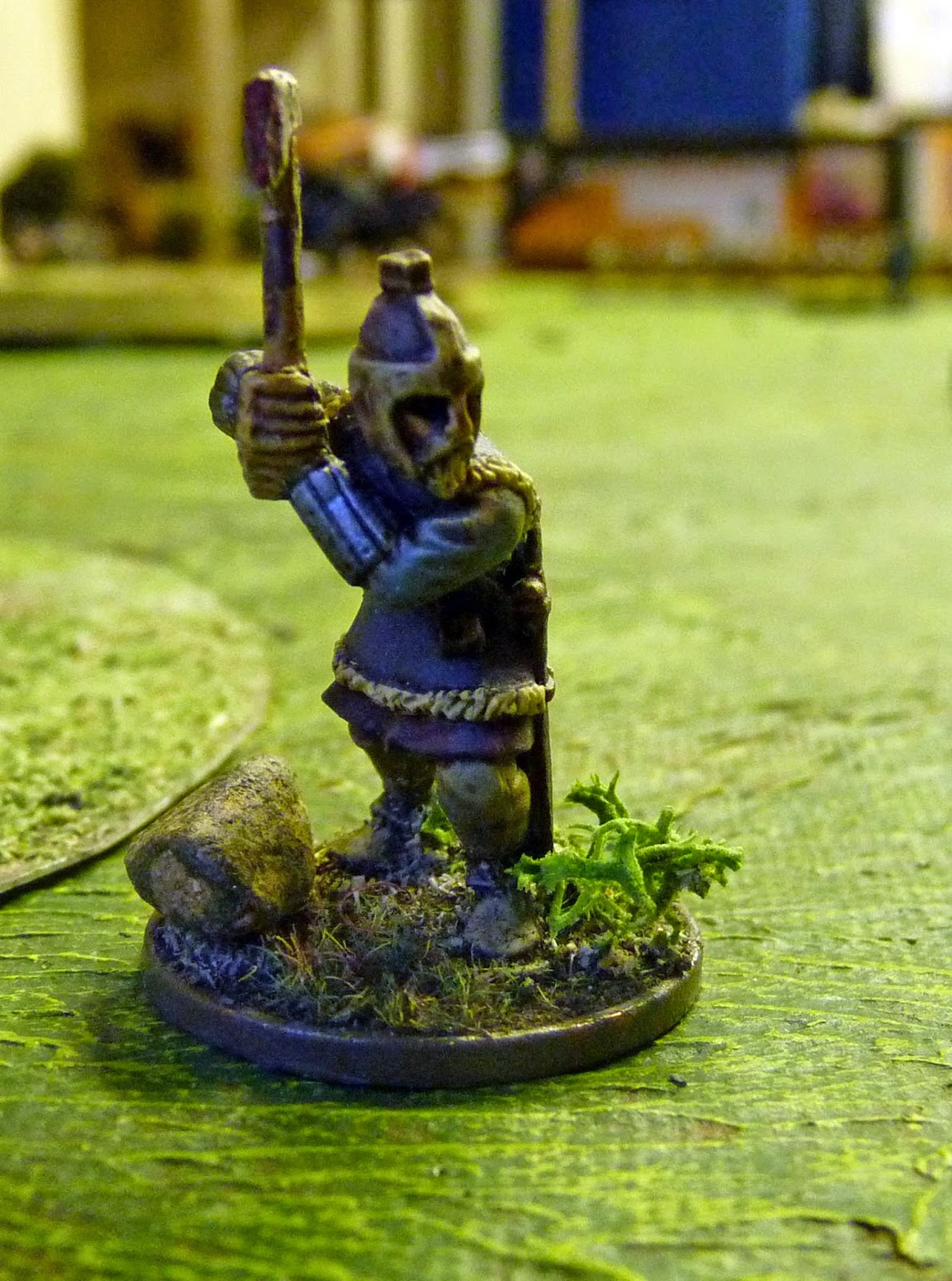 A couple of pics from a game on another table.... I can't comment as i wasn't watching! 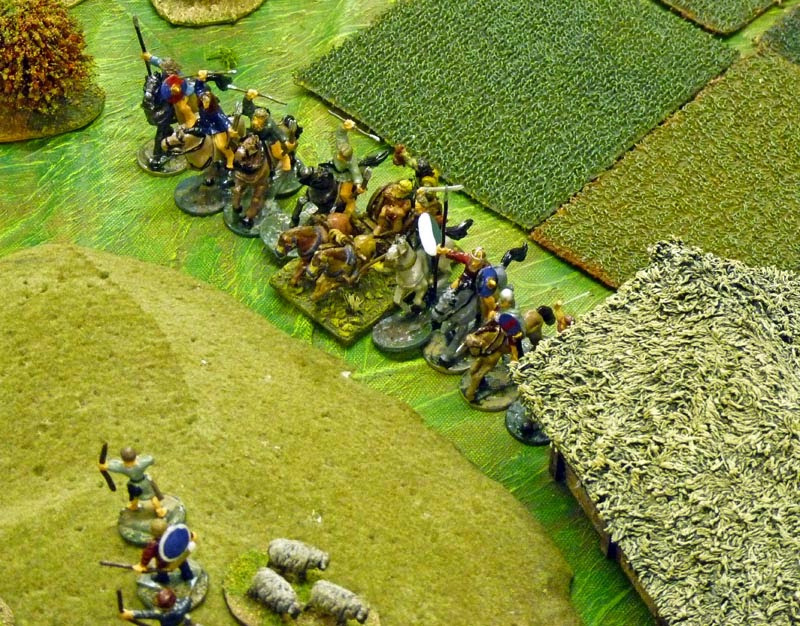 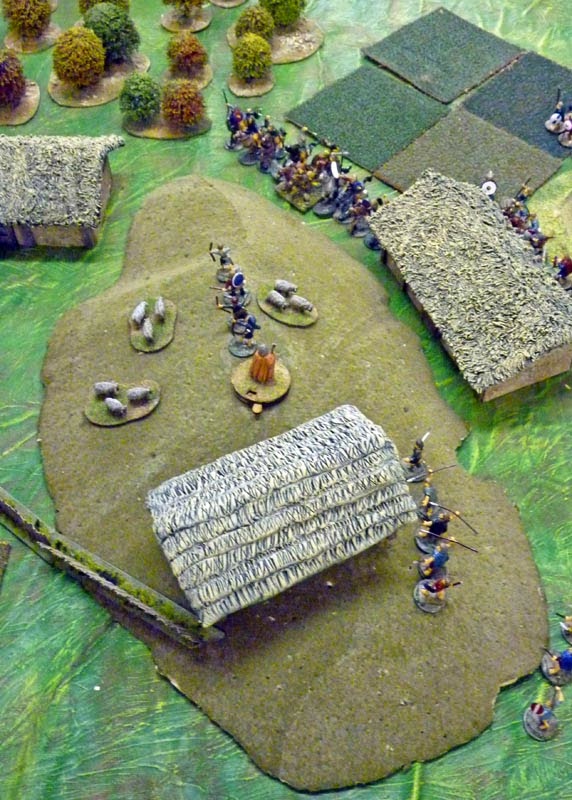 What I assume is Seven Years War Action- I forgot to ask! 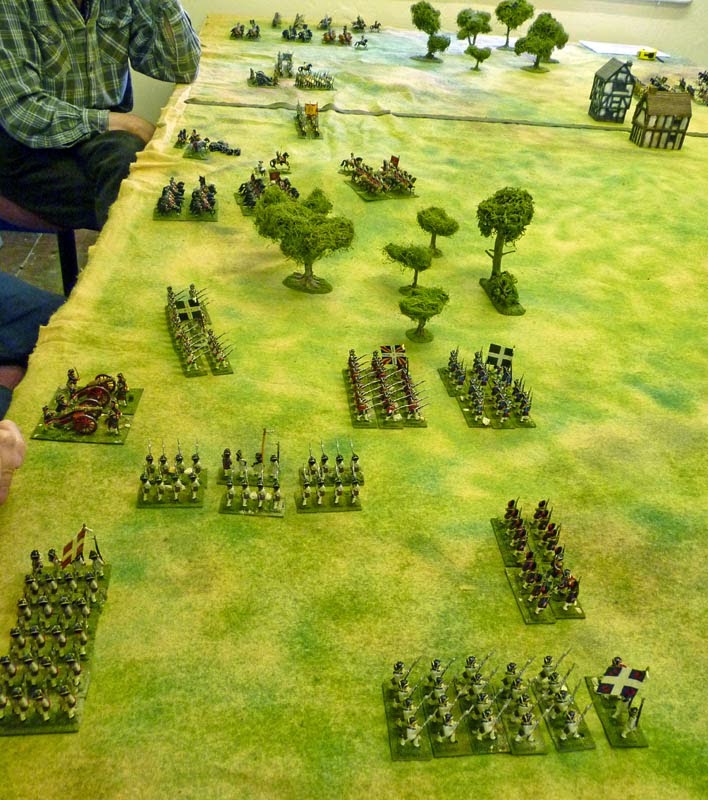 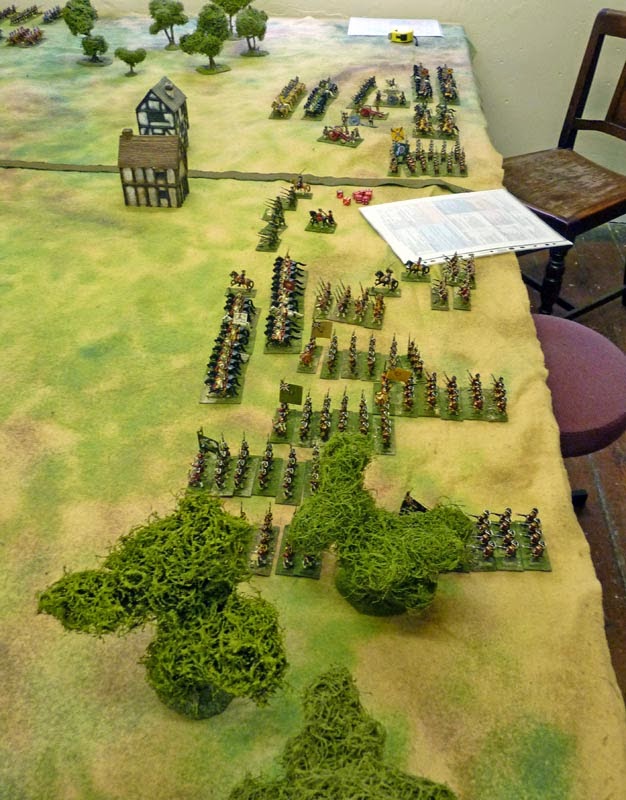