Last Thursday I managed to play one on the Raiding Season Campaign Games for our Haggis Rampant Campaign at the club.  It would be my first foray into the Medieval version of the rules as thus far we had used the rules for the Landwasters and Raven Feeders Early Medieval/Dark Ages period drawn from an article featured in a recent Wargames Illustrated.

I'd managed to miss the first two campaign games due to a rather unhealthy dose of 'man flu'. I was not alone as Dave the one Islemen/Scots player that seemed to manage to avoid the virus was finding it tough going especially against so many English players.

He was not exaggerating! Those Elite English Archers are lethal! However, I cannot blame our utter failure to move the chap we have to look after from one of the table to the other (we were playing the Messenger Scenario from the LR rule book). I think in the end it came down to what we put on the table. I think that it would have been necessary to have at least three units of Bidowers in order to make a dent in the English Archers and thus allow us to move steadily up the table. As it happened we had two units but failed to use the Hard to Hit rule to combat the archers. If we had been sharp enough to go for it from the start then we might just have had some success. As it was, in true Late Medieval style we tended to cling to the woods way too much; see below for pics of our brave lads hiding in the centre of the woods! At one point in the game I even announced that we were going to bore them into coming to attack us! Not exactly the right tactic for the job at hand LOL :>)

One thing I would like to somewhat flippantly point out to my erstwhile opponents, the English made a heroic but doomed charge at Bannockburn (well within the time frame of our campaign and as late as 1421 the Duke of Clarence charged at the Scots behind a bog to his and many of his compatriots doom (Battle of Bauge). Drilled English cavalry? Er, I think not!! They were given the right conditions and a commander who was foolish enough just as likely to go chasing the rainbow of victory on their cuddies as much as any other nation in Western Europe. I know, it's a Hollywood campaign..... but come on LOL :>) 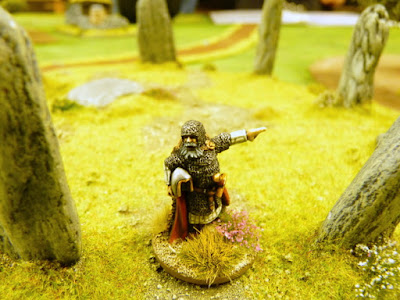 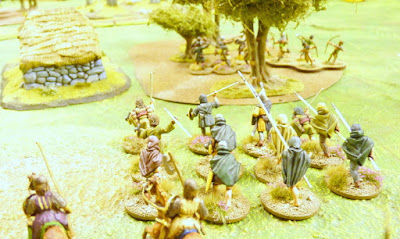 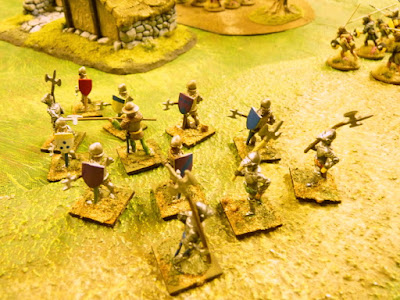 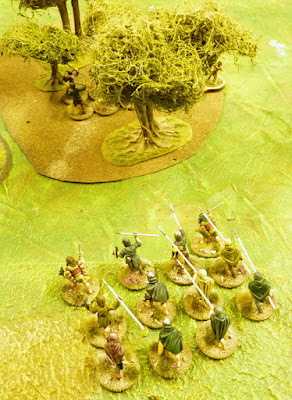 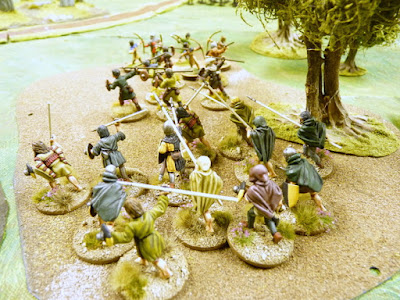 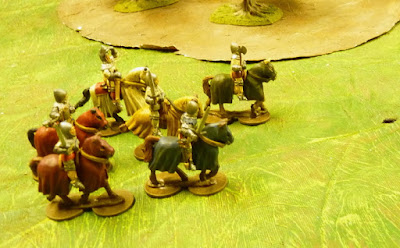 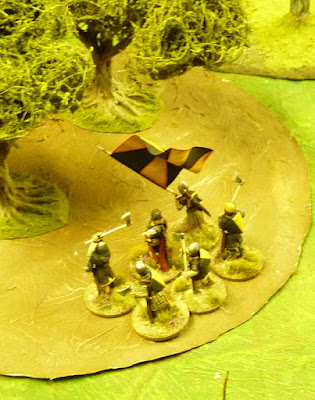 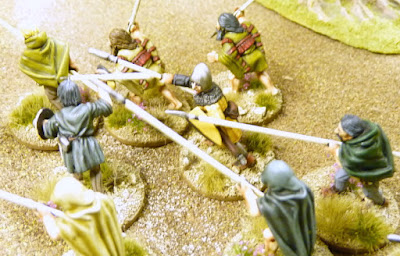 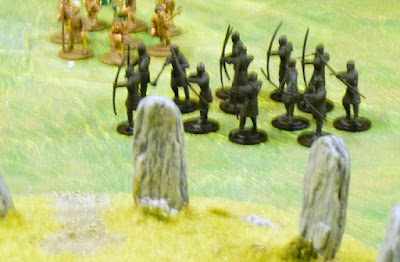 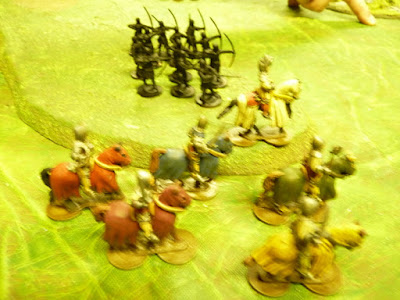