A Real Blast From the Past.

I know that a lot of the pics of late have been stuff that I've already shown on the Internet a few years ago but the latest instalment is a real blast from 2007. It was in that year that Gripping Beast ran their last Beyond the Golden Gate Campaign in Nottingham at Games Workshop. I had decided that I would speed paint a Justinian Byzantine army for the event us and gave myself three weeks to complete the task. Using a mix of Gripping Beast Late Romans, Sassanids and Early Welsh (What? I hear you say!) made the deadline too with one last spurt of painting that kept me up all throughout the night before the event!! So armed with my army I headed off down to Notts only to discover that I had left the cavalry men for the last unit in Edinburgh and only managed to bring the horse flesh!! Embarrassed but also somewhat amused I had to turn to the Beast and borrow a unit of cavalry for the Campaign :O)

As I remember it the campaign was full of the usual fun and frolics that one is usually immersed in, though once again my generalship was to let me down with no wins to five losses recorded for the Justinians!!

Anyway, here are a few snaps of a couple of units included in the army. As the army was speed painted it's not up to my usual painting standards as many a old trick was used to get the army complete. Having said that, the army does look good and has actually won a painting prize or two. Sadly the army has now been sold to Big Jim Sweeney and now resides in Ripon.

First up is the Comitatus: 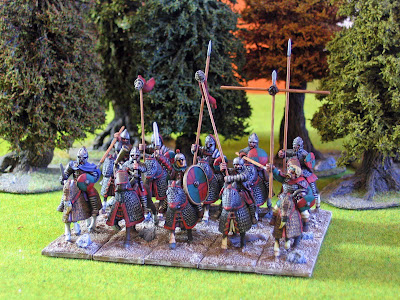 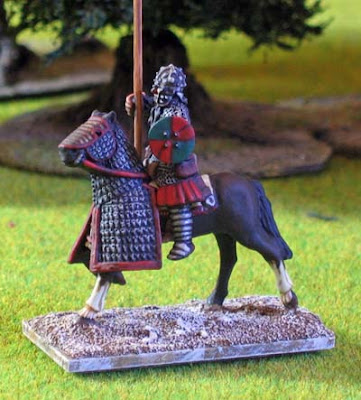 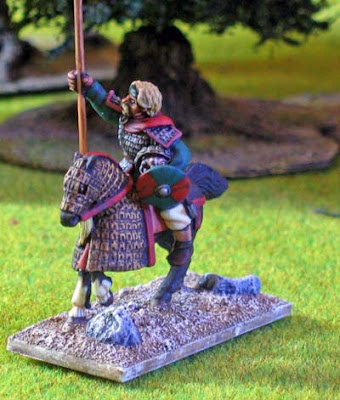 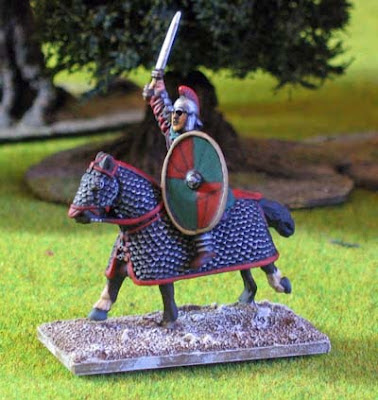 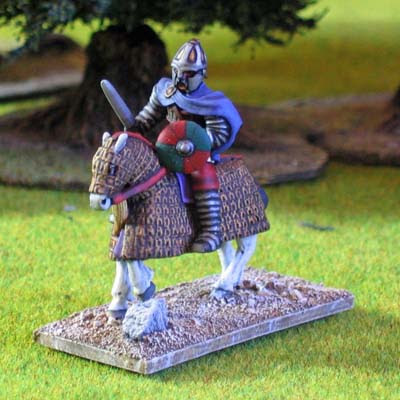 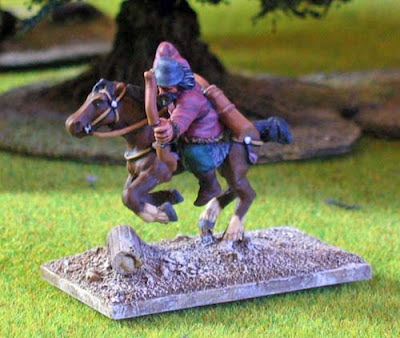 Another Horse Archer- Fond of Heads 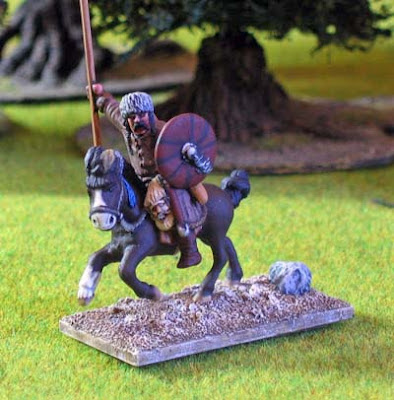 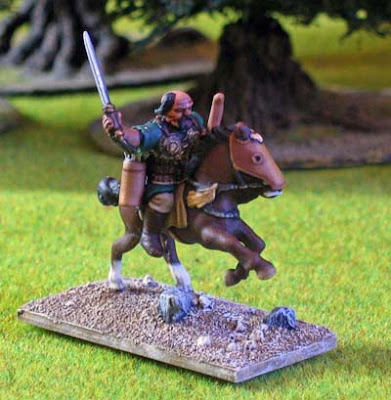 Anyway, I hope you enjoyed that little sojourn down memory lane?
Posted by Bedford at 05:22

Email ThisBlogThis!Share to TwitterShare to FacebookShare to Pinterest
Labels: Blast From the Past, Huns