The postman must have good timing! Three books on the Spanish Reconquista and a nice book authored by Mike Ingram, The Battle of Northampton 1460, from the Northamptonshire Battlefield Society arrived simultaneously through my letter box!

Before I talk briefly (having not read the Reconquista books) I will mention the Battle of Northampton 1460 book. Mike is a long time protagonist for the preservation of the battlefield and has written a book that reflects his passion. The book is perhaps the most in depth at the violent dispute between the Houses of Lancaster and York just outside the town of Northampton. It has some nice illustrations throughout including maps of the action; but, perhaps of most interest to wargamers the book contains artwork by Matthew Ryan, a medieval illustrator of renown. 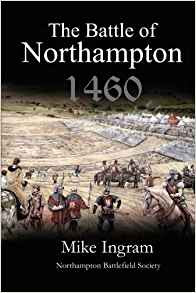 Of the three books arriving today the most War in the Iberian Peninsular 700-1600 , Francisco Garcia Fitz and Joao Gouveia Monteiro looks to be the most comprehensive with details of the conflict throughout as well as cultural and social surroundings. It covers the three main battles that I'm beginning my focus is moving toward, those being the Battle of Zalaca/Sagrajas 1086, the Battle of Fraga 1134 and the Battle of Las Navas De Tolosa 1212.

The period of 1086 and 1212 saw gradual improvements in the armours of the soldier, particularly the upper echelons of society and this will be reflected in my choice of miniatures for each battle. For Sagrajas I'm looking mainly at Gripping Beast's El Cid: The moors And the Spanish range along with Crusader Miniature's El Cid range ans well as their Normans.

For Las Navas de Tolosa 1212, at least for the Christian nobility I'm looking to use Footsore Miniatures Baron's War range which was part of a Kickstarter project but will be on general release by Footsore sometime next year. I've seen many of the miniatures for the range and they most certainly are a real treat, being the only comprehensive range of miniatures I can think of that accurately represents the armours and weapons of the time.

War in the Iberian Peninsular is top of my list followed by The Quest for El Cid, Richard Fletcher, Chronicles of the Spanish Reconquest a general narrative from 1110 to 1157 then The Ques for El Cid, which is written in more, well, understandable English. 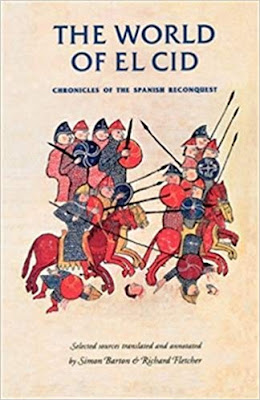 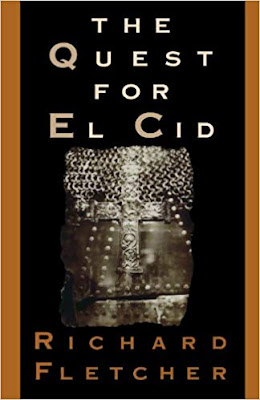 Before my lunch hour is over I should add that the first of the Black Guard infantry models have been glossed and having allowed this to thoroughly dry they will be getting a coat of Mat Varnish tomorrow before being based. In other words there should be some eye candy available very soon!
Posted by Bedford at 06:04