Clubbing! My Introduction to Dux Britanniarum!

Some of you may have noticed on the blog that I've done my fair share of milling around my local club taking pics of a Dux Britanniarum Campaign that many of my fellow club members have been playing for some time(?).

Well, last evening they player short to round the numbers off so I managed to get a game using someone else's army- hurrah (Sorry, I've forgotten your name but I do appreciate the loan of an army!). Having read through the rules a month or so ago I had a very basic idea of how they worked, of course my capacity for forgetting rules books that I've read is infinite so I was very grateful to my 'opponent' John who was a true gent and walked me through the rules, even to the extent of giving me advice when it was to his detriment. Very much appreciated John, like I said, a true gent.


John rolled for just one turn as an advance on to the table as the 'Raider'. He was pretty unlucky to roll only one turn. 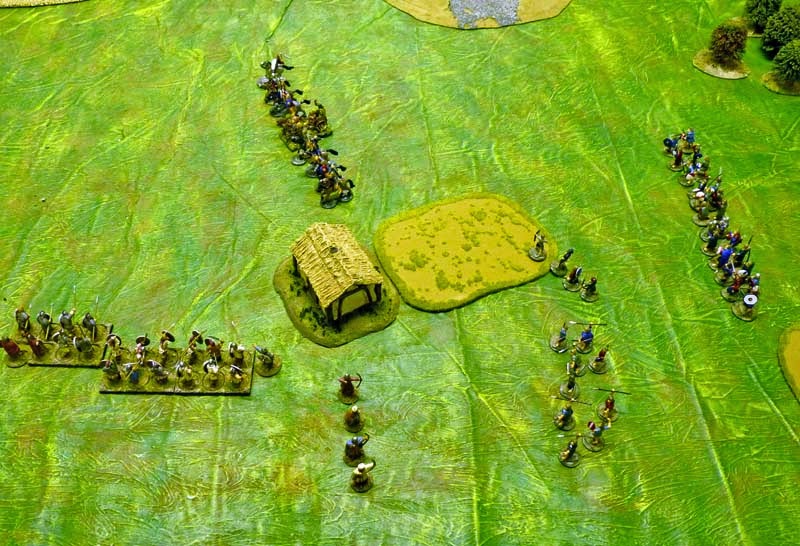 I managed to get my unit of Comitatus and Warriors on the table as a blocking manoeuvre as Johns cavalry swept around the side of the church in search of that illusive magical pig! 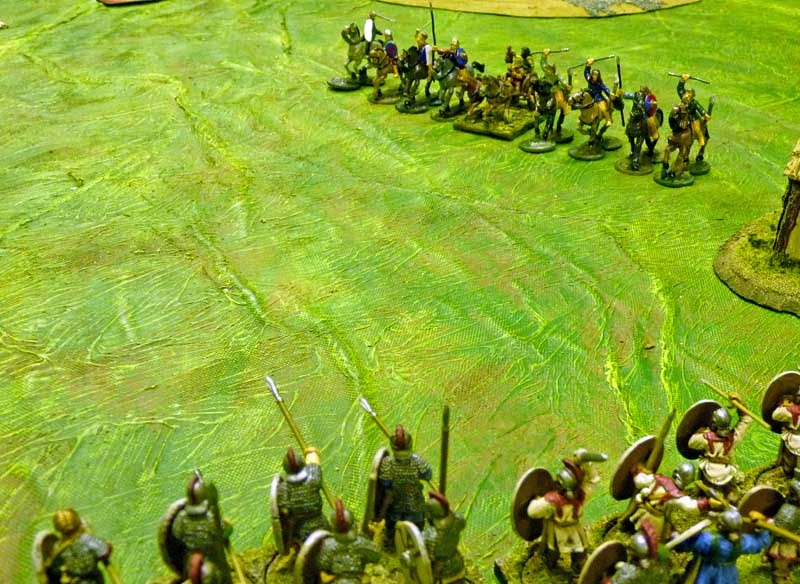 Another shot from a slightly different angle: 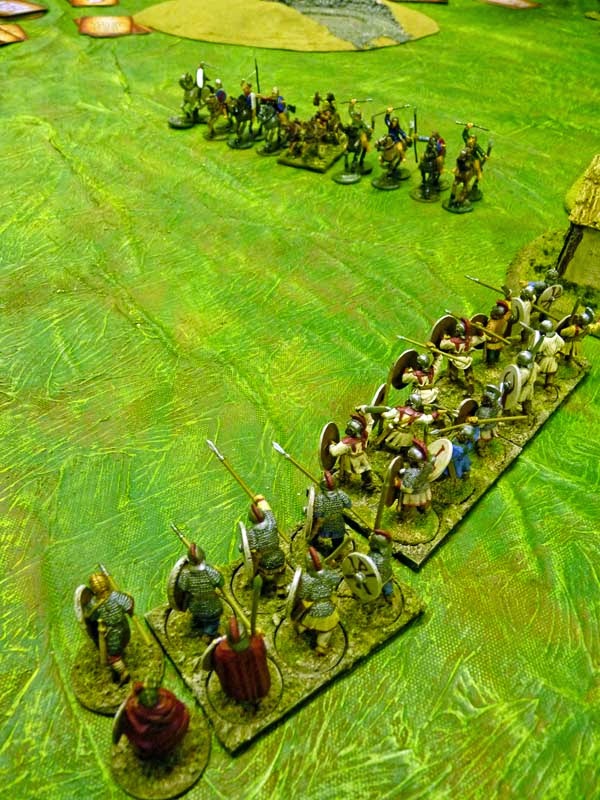 Johns Warlord complete with chariot and escort of four Raider Cavalry shot across the terrain and moved to threaten my flank. My Levy plodded onto the table with an absolute lack of aptitude towards the coming scrap! 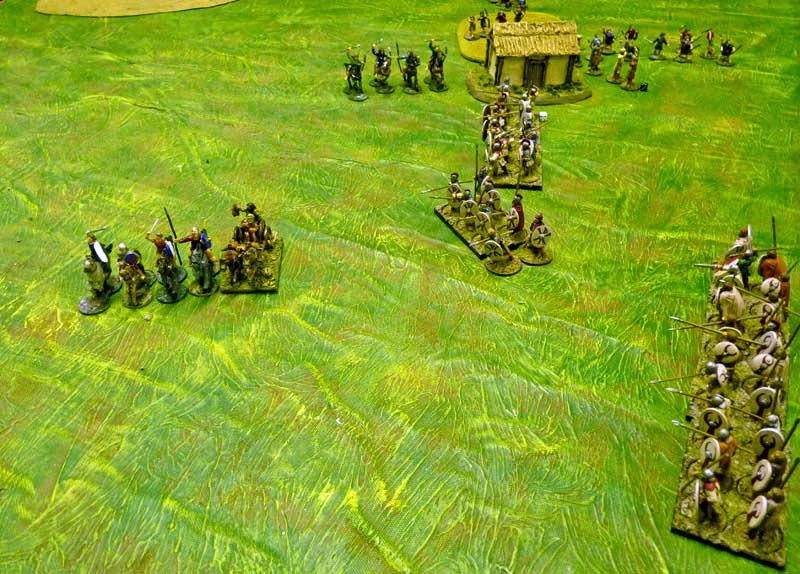 His Lighter Raider Cavalry move in and start chucking javelins but cause no damage to my Warriors. Phew! 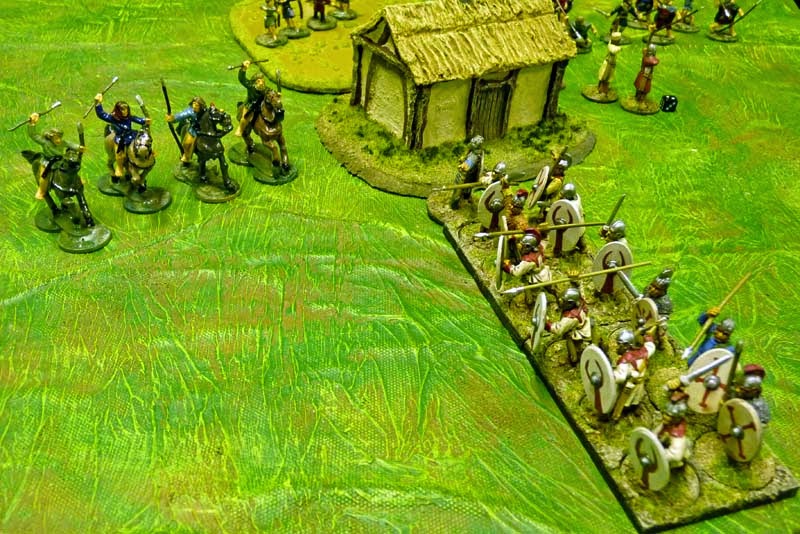 By playing a combination of cards played with the Carpe Diem card (of doom!),  a completely lucky combination of cards and a distinct lack of skill (with a large dose of advice from John too! Told you, a real gentlemen!) it was possible for me to make a charge into his unit of Mounted Raiders and Warlord. This should be a real crunch we both agreed. 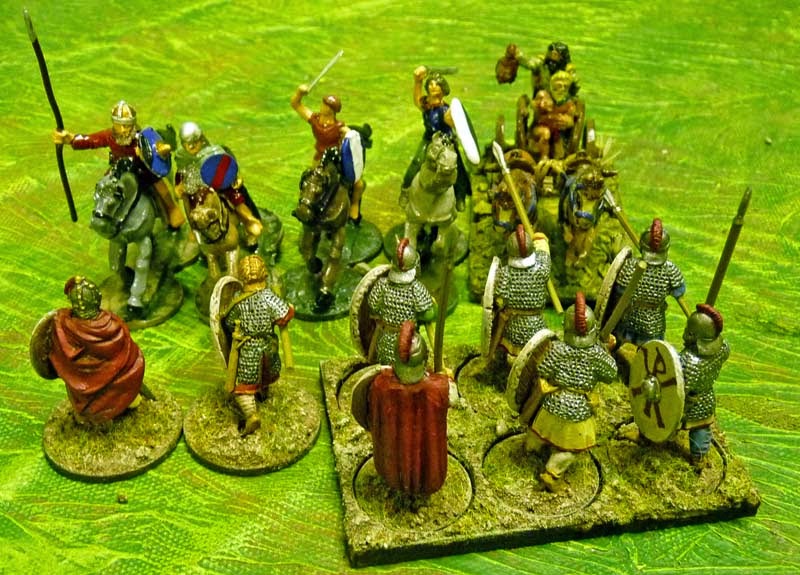 I lost two men but avoided and 'shock'. I seem to remember that the combat turned out to be a draw, so time to fight a second round! 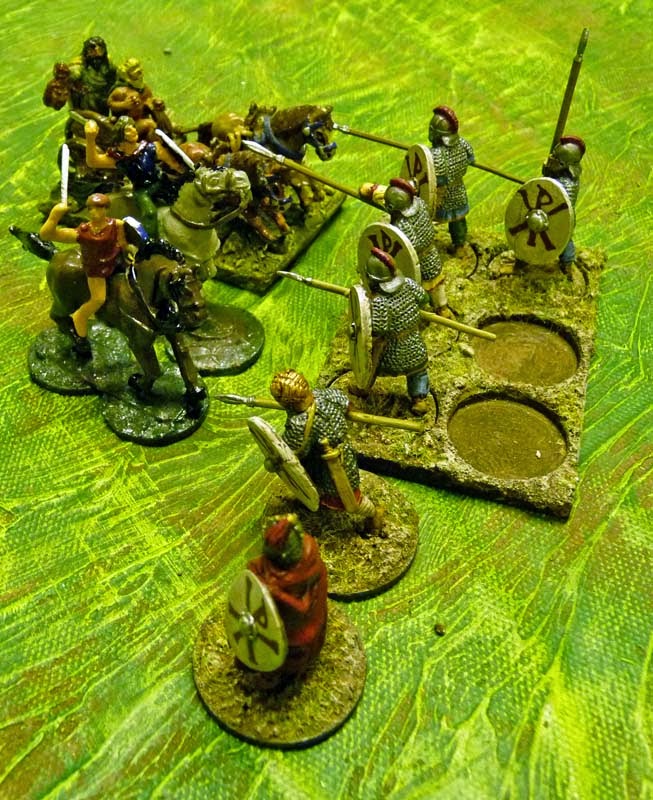 This time the dice gods came to my aid and I rolled ridiculously high dice! John's prize troops were pushed back with the prospect of a route from the two warriors. Luckily his Warlord was able to make discretion the better part of valour and head as quickly as possible to the proverbial hills! 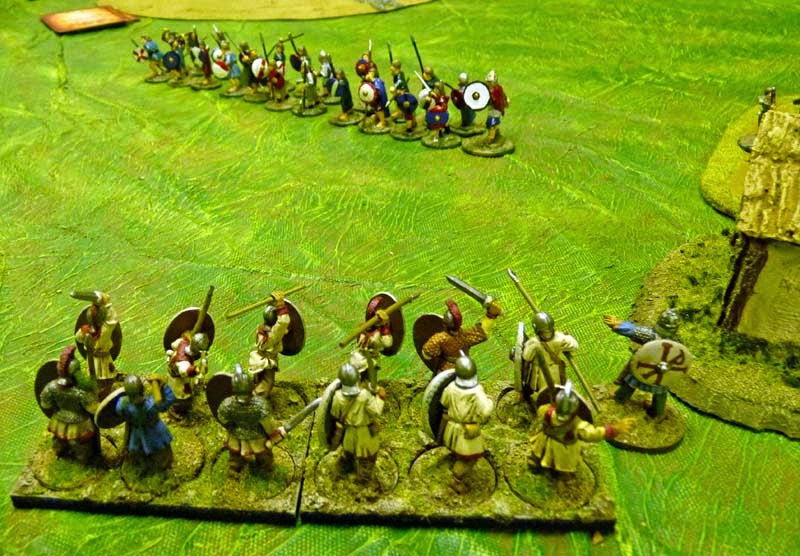 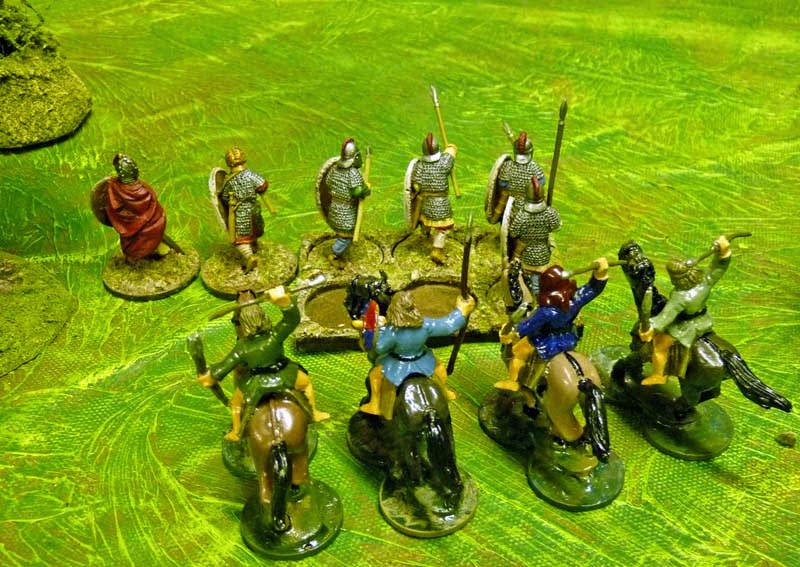 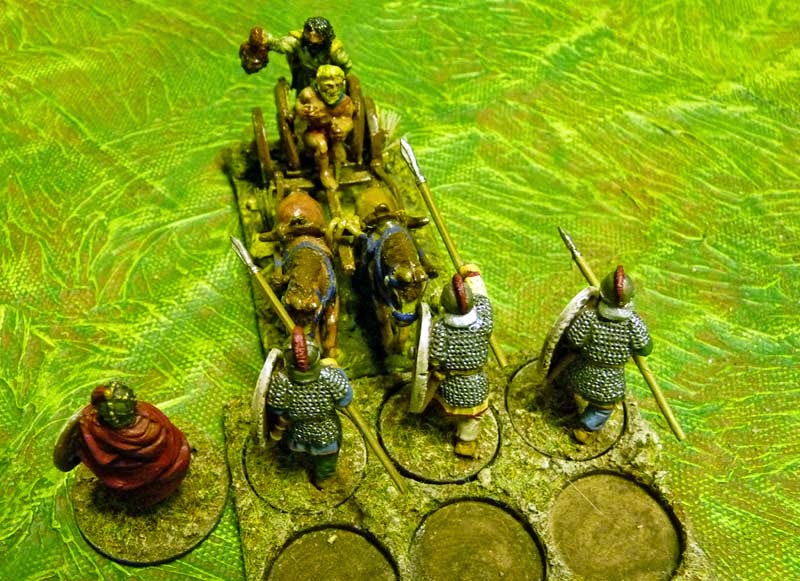 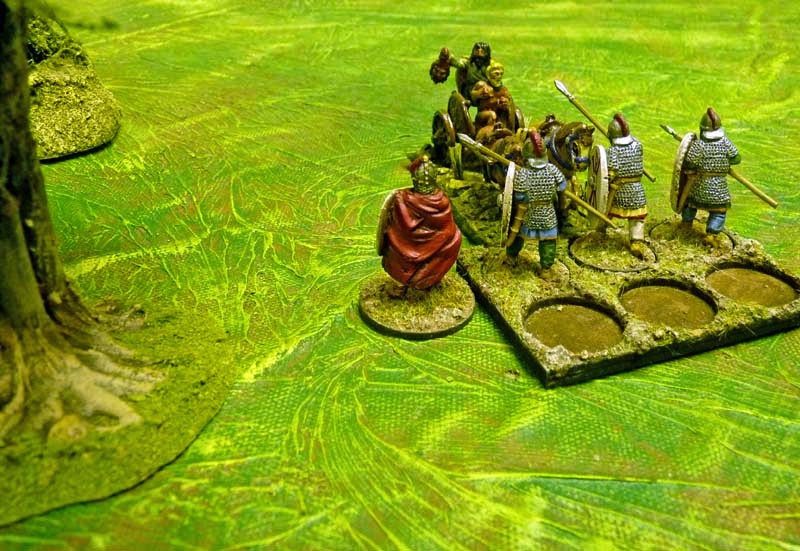 Raven's eye view, they had already started to circle high above.

In the end I got a pretty stunning victory after reducing John morale to less than zero- this was of course very much down to John who had guided me through the game and kept me smiling throughout. I had a great time and the game really was a great example of good sportsmanship and humour. 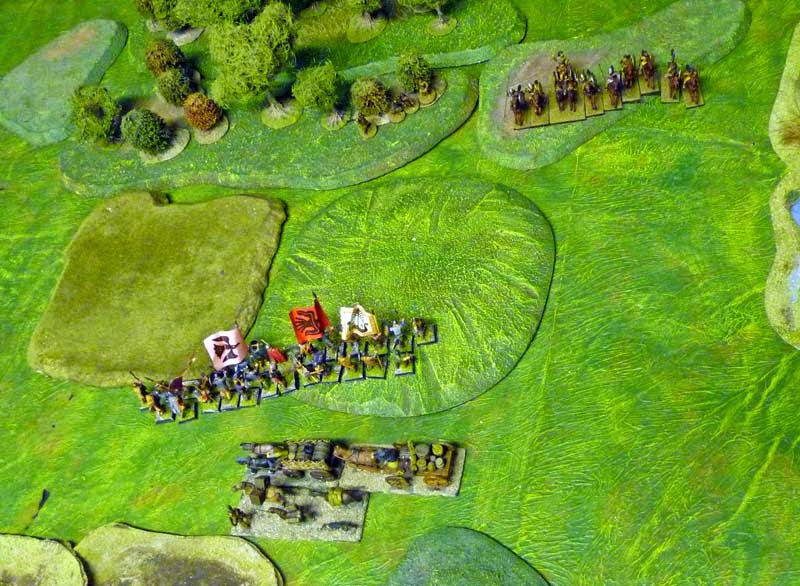 Nigel et al Battle next to our game (sorry, the old grey matter is letting me down again in terms of names and faces!). 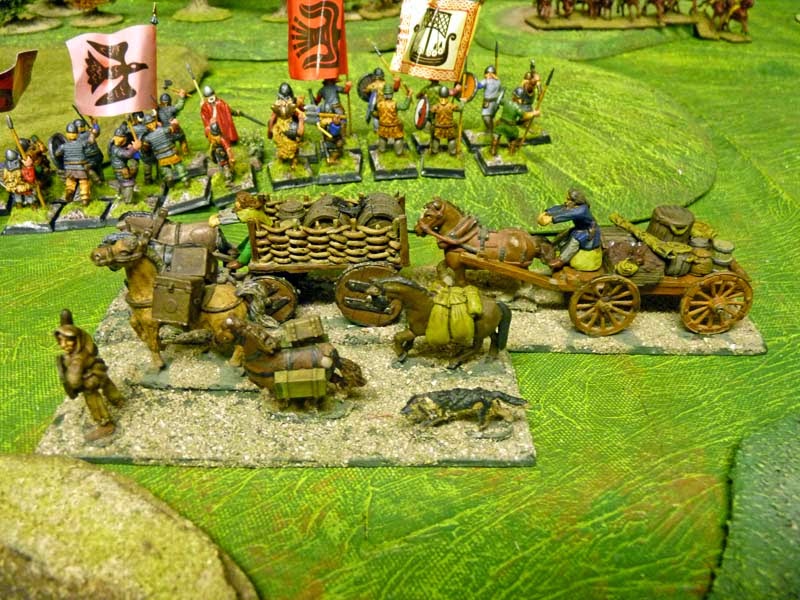 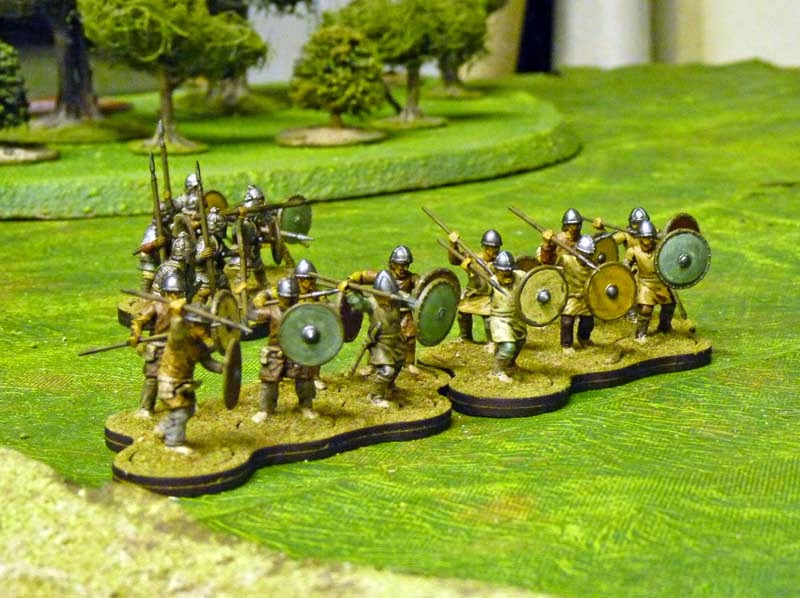 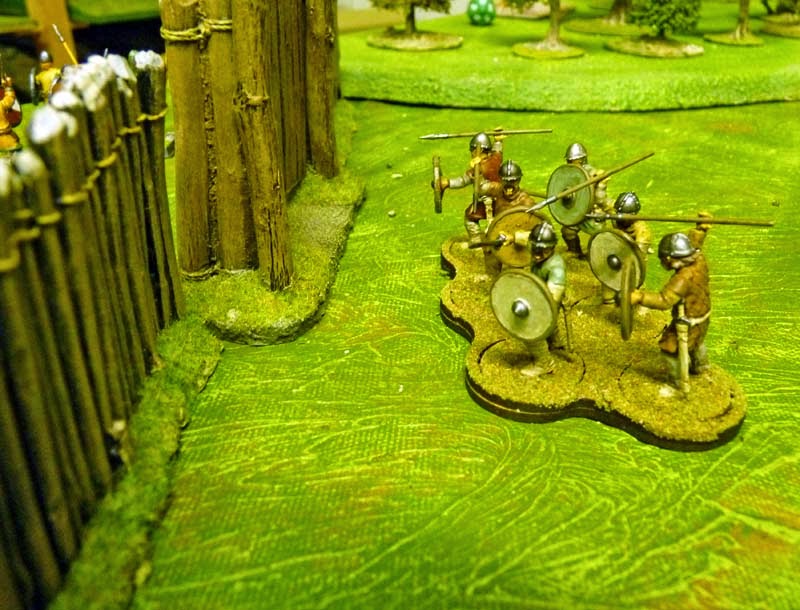 The inverse Wagon Laager (Jan Hus would have been proud- erm, not!) 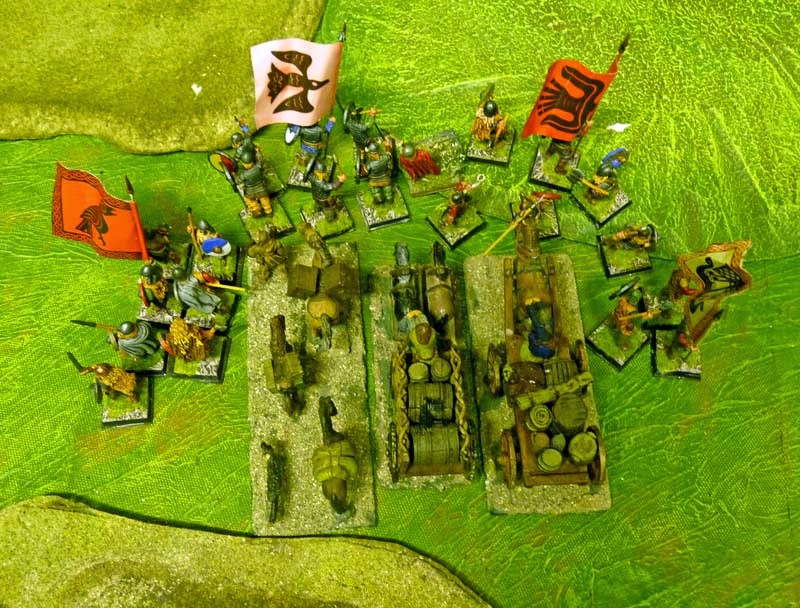 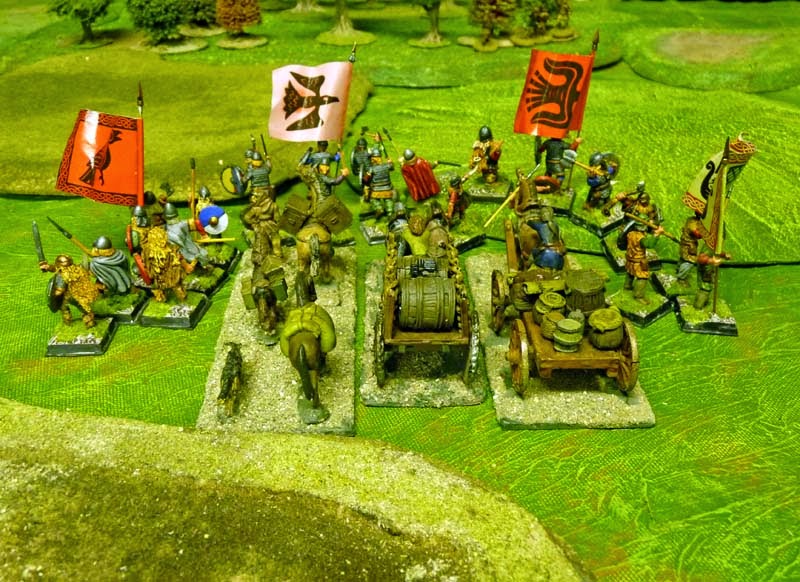 Thanks to X (how embarrassing is my memory!) for the loan of the army and to John for being a great opponent with just the right attitude. I will be painting my British Northern Kingdom mini's up ASAP!!

Email ThisBlogThis!Share to TwitterShare to FacebookShare to Pinterest
Labels: Clubbing it!, Dux Brtianniarum