I haven't posted up anything for the Hastings demo as of yet and seem to be getting rather excited about the whole thing I thought I'd post up some WIP's of the first two stands as I'm waiting for the Humbrol Gloss to dry before matting down again .

I have a load of Normans that will need re-basing so all the Norman Cavalry is taken care of. I'm currently waiting for delivery of Soldiers of God, from Perry Miniatures from what I've gathered, uses infantry units of 18 which I can hopefully scale up if needs be to much larger units. We'll see. The rules will no doubt come in very handy for the First Crusades another interest of mine anyway.

I've still got a few options that I'd like to try out rules wise so time will tell.

The first set of pics are WIP's of Harold Godwinson's Command Base which will stand behind the main battle line of the Anglo Danes indicating clearly his place in the English army. I'll be doing similar stands for the English commanders of which there I will illustrate and talk a bit about in later posts.

There's still quite a lot of work to be done on this base such as adding his bannermen and modelling the rocks. This is done by adding 'off' Greystuff and pressing in bits of bark and finally sculpting with a metal sculpting tool. I have limited the modelling of the rock where Harold stands to just around the front of his feet as I will be adding other mini's very soon.

In the event that anyone is wondering where the mini representing Harold comes from, it was a freebie from Gripping Beast that was handed out to each player at the 1066 and All That WAB Event that took place at WHW many a moon ago. 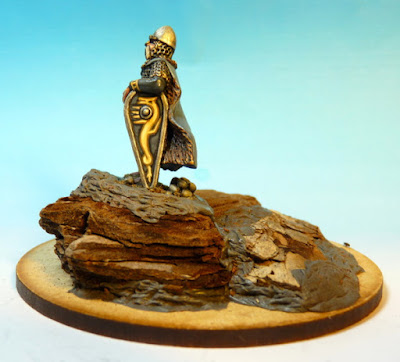 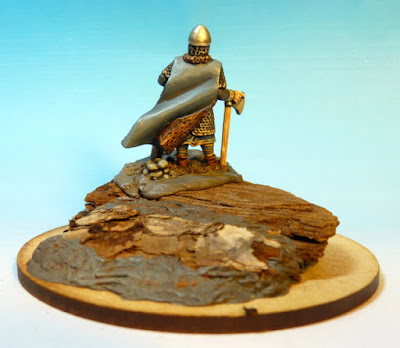 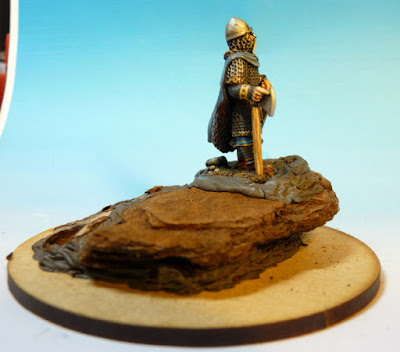 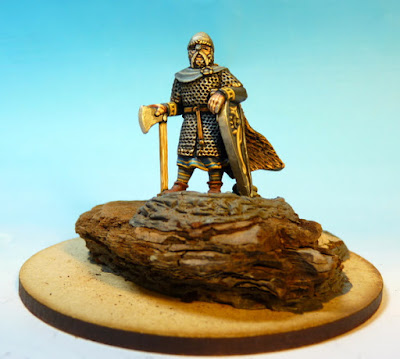 The mini's below are WIP's of three mini's available from Gripping Beast sculpted by the hands of Bill Thornhill of Footsore Miniatures (I think!). If not I do apologise. They will be on a base that represents Harold and some of his Huscarls that will be in the battle line. 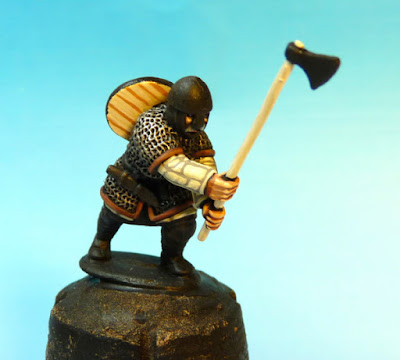 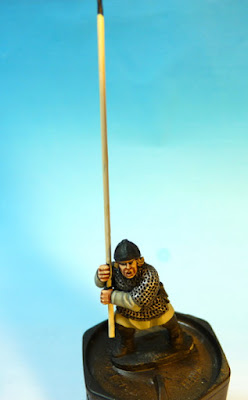 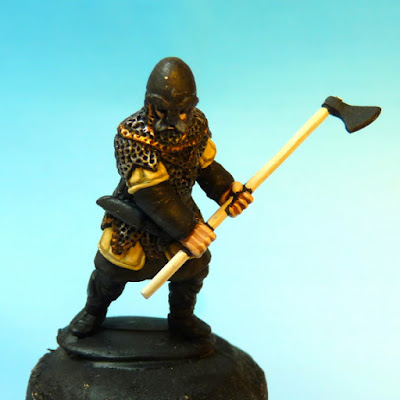 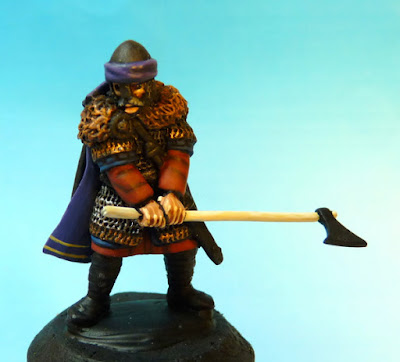 Next up will be pics of the completed Battle Line base- the actual Command Base will take a little longer as I'm not certain of what mini's will be accompanying Harold at this stage, though I do have some ideas :>)