I had my first taste of Cold War Commander Thursday gone, which despite the game bringing me to the realisation that I know next to nothing about late 20th Century tactics I really enjoyed. It's a steep learning curve for me and I hope to do a lot better than the paltry advance of the Russians and Afghan Regulars in the face of determined resistance from the Mujahedin.

My progress was painfully slow and resulted in the two flanking forces of Afghan Regulars beong ambushed and seriously pinned!

Here's some pics of the game that relate my tactical naivety rather nicely! I hope to do a better job next week! 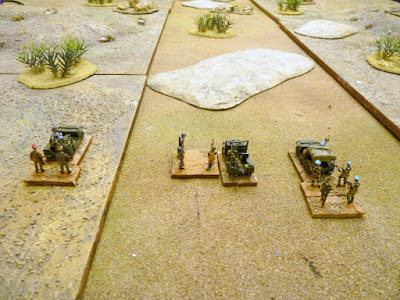 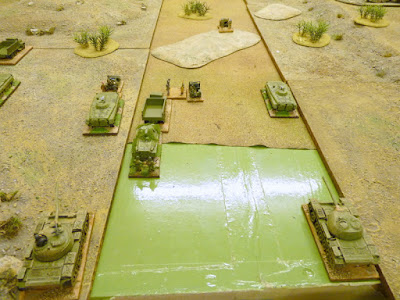 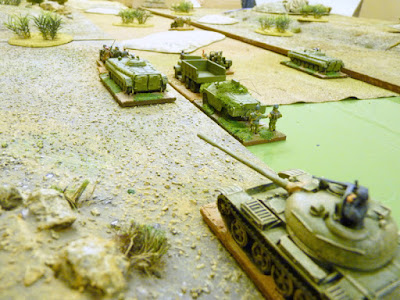 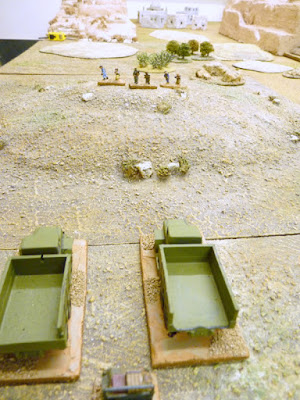 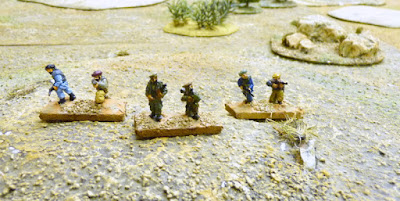 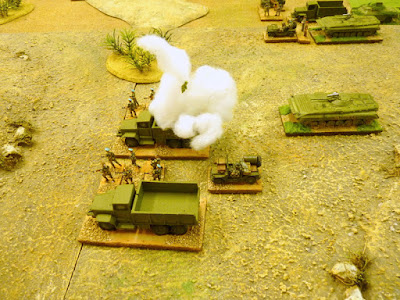 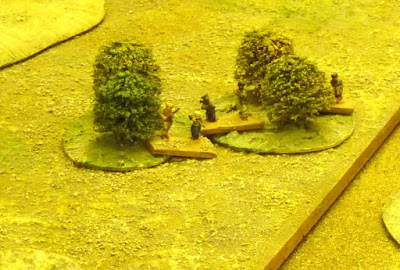 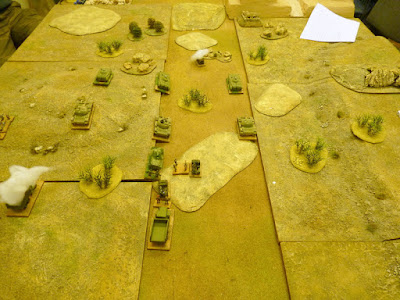 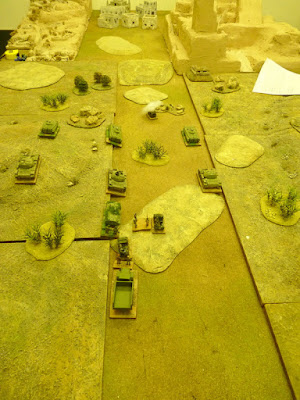