Clubbing It! The Sudan

The next best thing to a great looking Late Medieval game is a great looking Colonial game. The Sudan, like the Indian Mutiny, being especially attractive. To tell you the truth (don't tell my fellow Haggis Rampant players!) it was very tempting to slip through to the other room and try to worm my way into the game! The pics that follow were taken just before the Highlanders on the British/Egyptian left flank collapsed. Definitely a Valentine Baker moment as opposed Garnet Wolsley!

It really looked like the players, Graeme Carrol, the aptly named Malcolm Gordon and Steven Hardy were having great fun playing the game. The miniatures were from the collections of the latter two gents mentioned above.

The game was certainly a spectacle and I understand it was the guys first foray into the Sudan using the Black Powder rules and are playing again next week so expect more pics of the game if I'm correct in my assumptions.

You should be able to read much more about the game and see many more pics on Steven Hardy's blog HERE very soon. 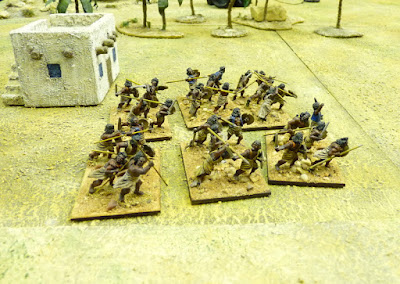 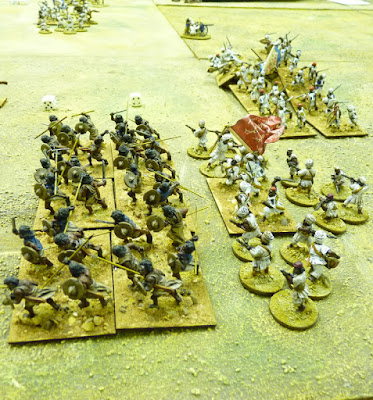 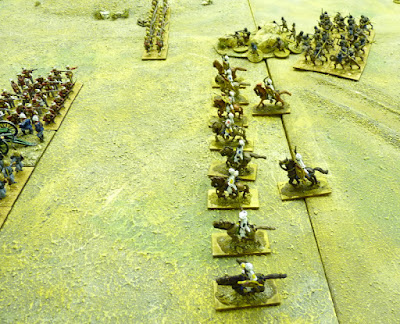 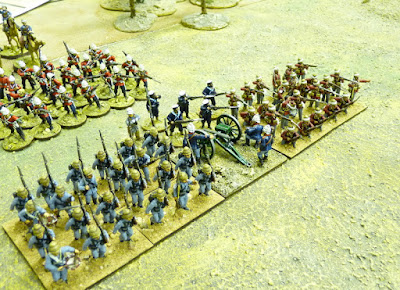 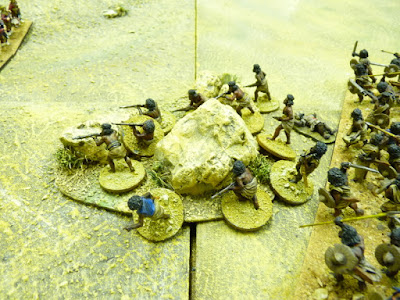 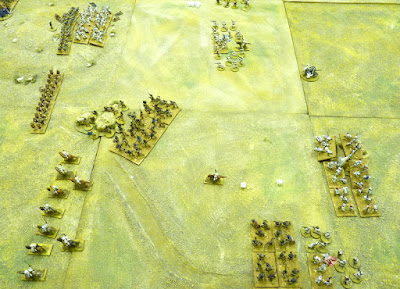