Yesterday we played out the last game in our current campaign season. The randomly determined scenario turned out to be A Taxing Day which at least gave the fleet of foot Islemen a chance of gaining some Glory! Or so I thought.....

Basically the game was the usual mix of frustration as troops failed their activation rolls, typically my (effete) Fierce Foot lagged behind to play no part in the scenario (again!) whilst my Bidowers and Men at Arms of Foot legged it for the loot! A plan, though not by design which did actually yield some results as I managed to pick up two loot counters. Richard, my partner in crime got another so all things considered we had done quite well, for the Scots and Iselmen that is!

The English managed to pip us to the post with an extra point of tax and I'm quite sure that the three units of Hobilars and one unit of Mounted Men at Arms helped in this regard. The game was a bit of a weird one in that there was no actual melee and only a small amount of shooting with both sides being content to grab their respective loot and run!

We came to a gentleman's agreement that although the scenario had been completed we would continue to play and get stuck into one another which at least from my perspective was ore fun than the scenario! I guess that's the wargamer in me- we just like throwing dice don't we? LOL :>) 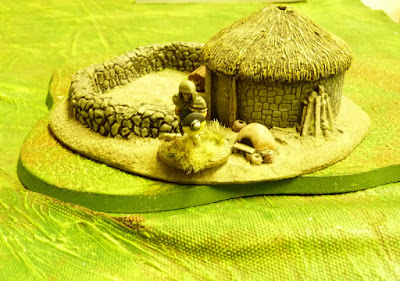 As Per Usual, my Bidowers Lead the Attack While my (so called) Fierce Foot Lag Behind with Positive Productiveness! 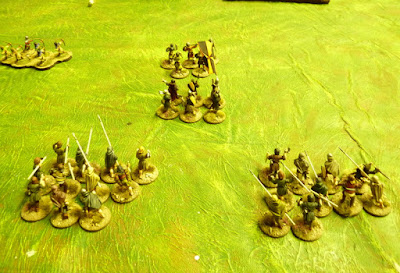 We Tax the Locals! Hurrah! 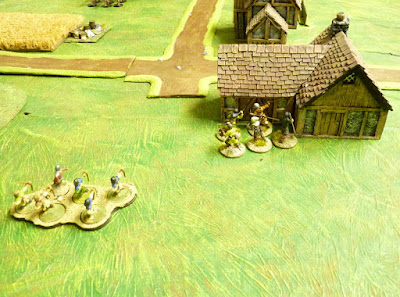 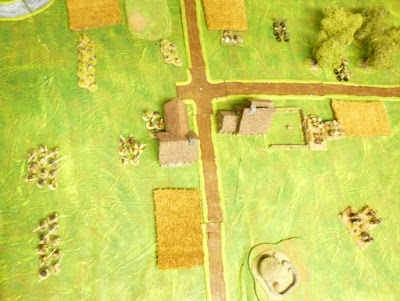 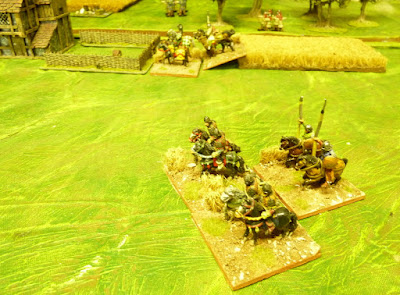