No doubt those of you who were on the net yesterday noticed the preview of the Perry Miniatures North West Frontier British Plastic Three Ups and the lovely Peter Denis artwork? Apparently the next plastic set to be released so I'm wondering if there will be any Afghans, regular and/or irregular to follow? A big question if you're into wargaming the NWF.

First on to the cover art which is by Peter Dennis and depicts the 66th Berkshire's last stand at the Battle of Maiwand during the Second Afghan War. The 66th were decimated in this struggle and it's fitting that the box art be dedicated to them, It's nice to see Bobby the dog, regimental mascot of the 66th, making it not only onto the front cover but also into what I'm guessing will be the command sprue. 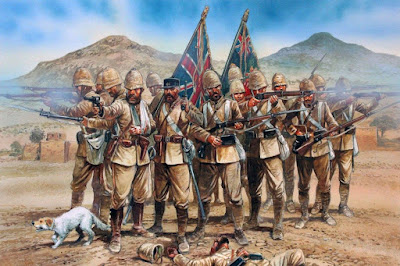 Pics of the WIP Three Ups: 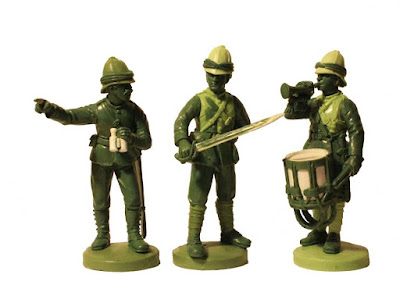 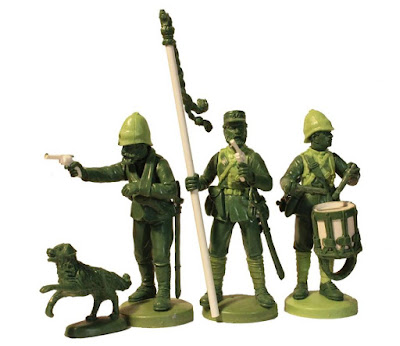 And from a while back: 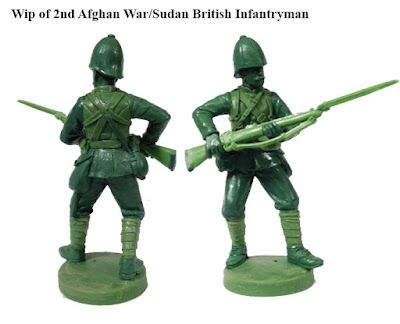