Or.... How Powdered Can Barker Get?

Yes, it was session II for the game of Napoleonics using the hybrid rules system based on Black Powder and the WRG Horse and Musket rules. Basically, the movement is taken from Black Powder (as well of the Blunders naturally!) and the combat system is taken from WRG. All in all it works OK but I think it can, at least from an outsiders perspective, seem a little slow and ponderous. Does it have a Napoleonic feel? It seems to have but I'll ask Shaun, more of an expert in my eyes than I, next week which should see the game come to a conclusion.

Once again, I had a thoroughly good laugh with Matt, Shaun and Steve who had taken up the mantle of umpire and just as well too as he seemed to have a grasp of the rules that 'we' did not, especially me! Matt's blinding Blunder/s as he tried to form square had to be the highlight of the evening, that and his attempt to charge the guns..... "There Sir! Are your guns!"

Here's the pics of what was to see the French fight heroically on their left pushing back the English, a flank that looked for all intents and purposes that was doomed for the French a week earlier. Later on though, the French began to lose a bit of impetus and things looked to only be mildy in favour of the French by the time the session ended.

Pics for your delectation: 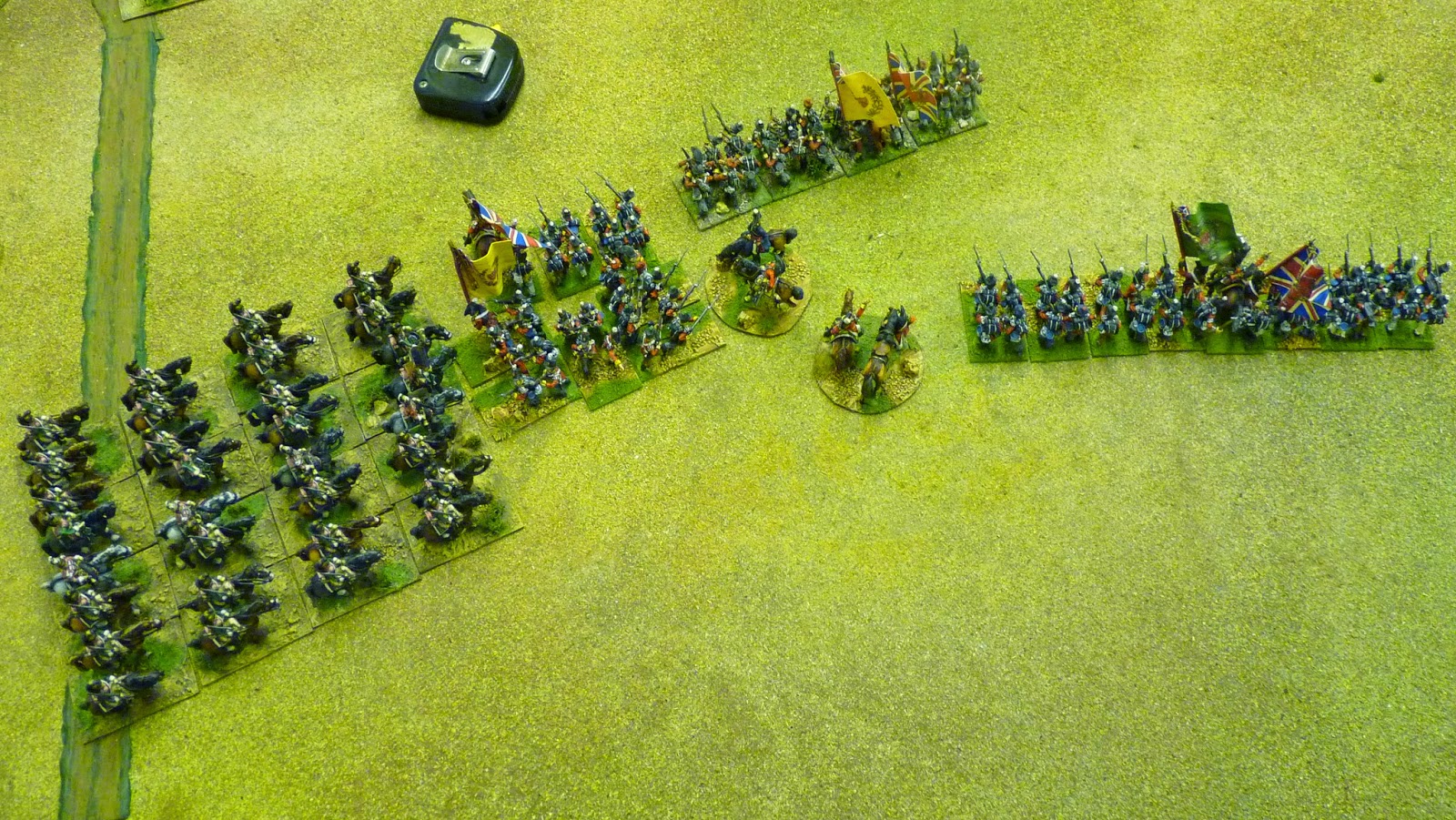 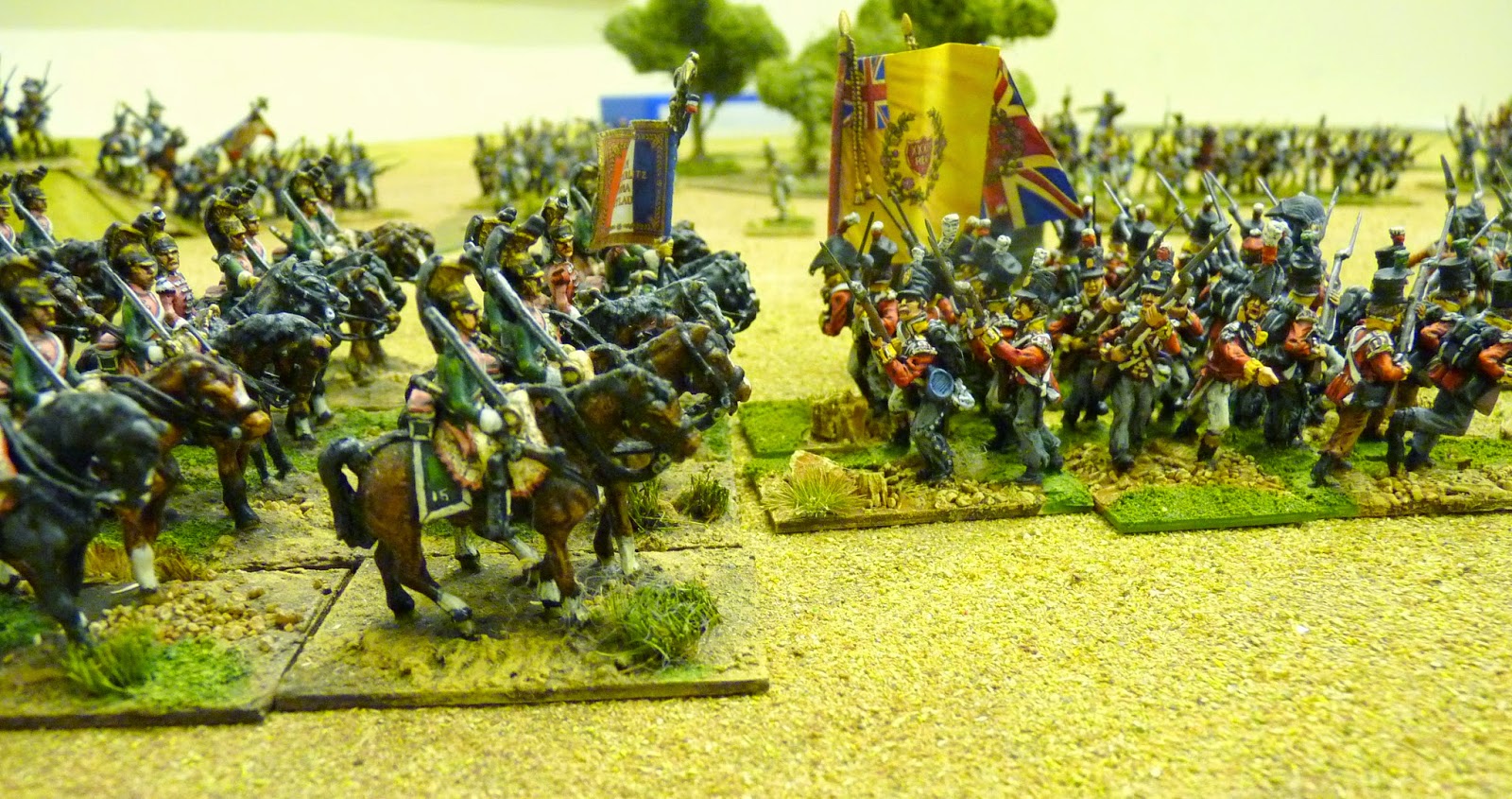 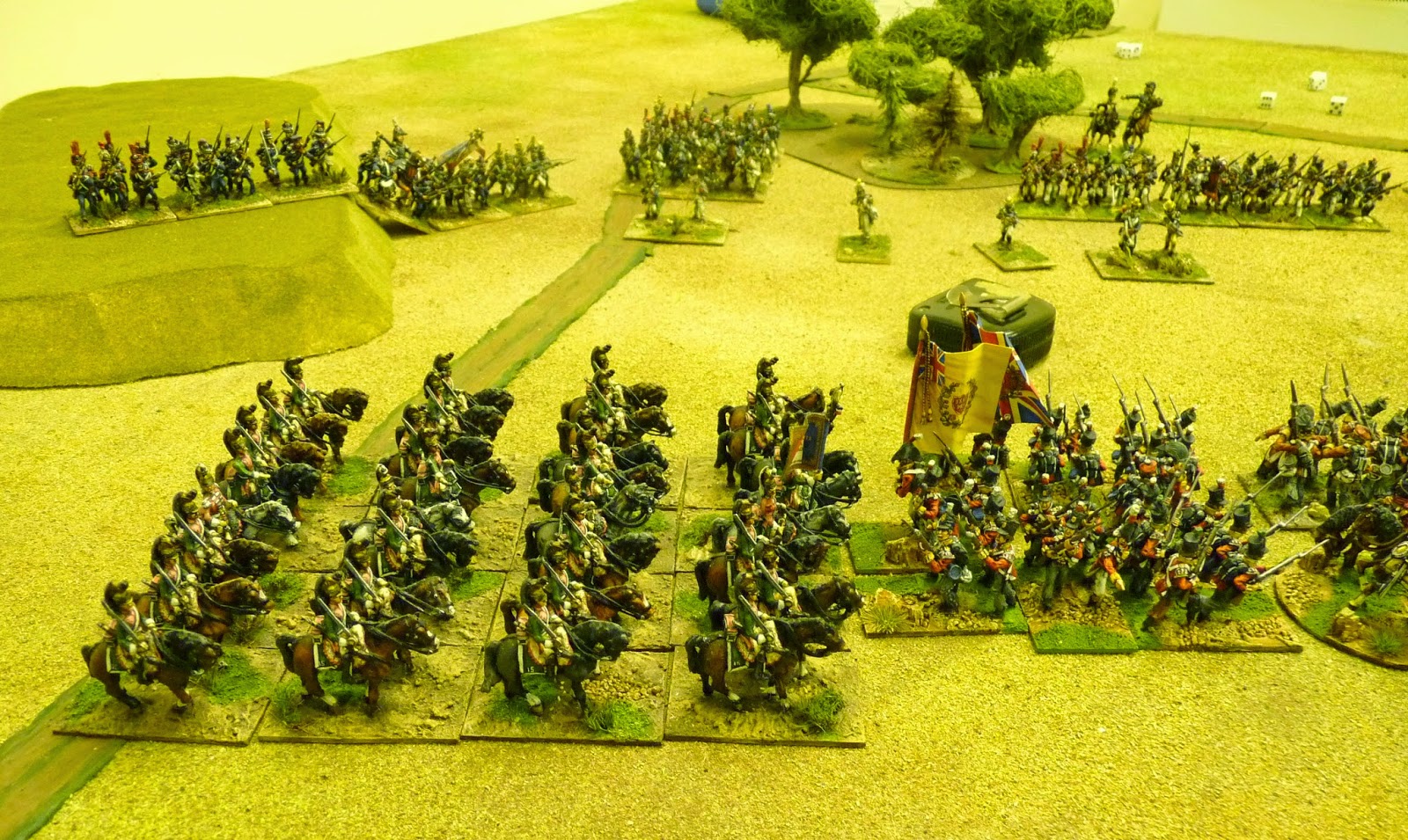 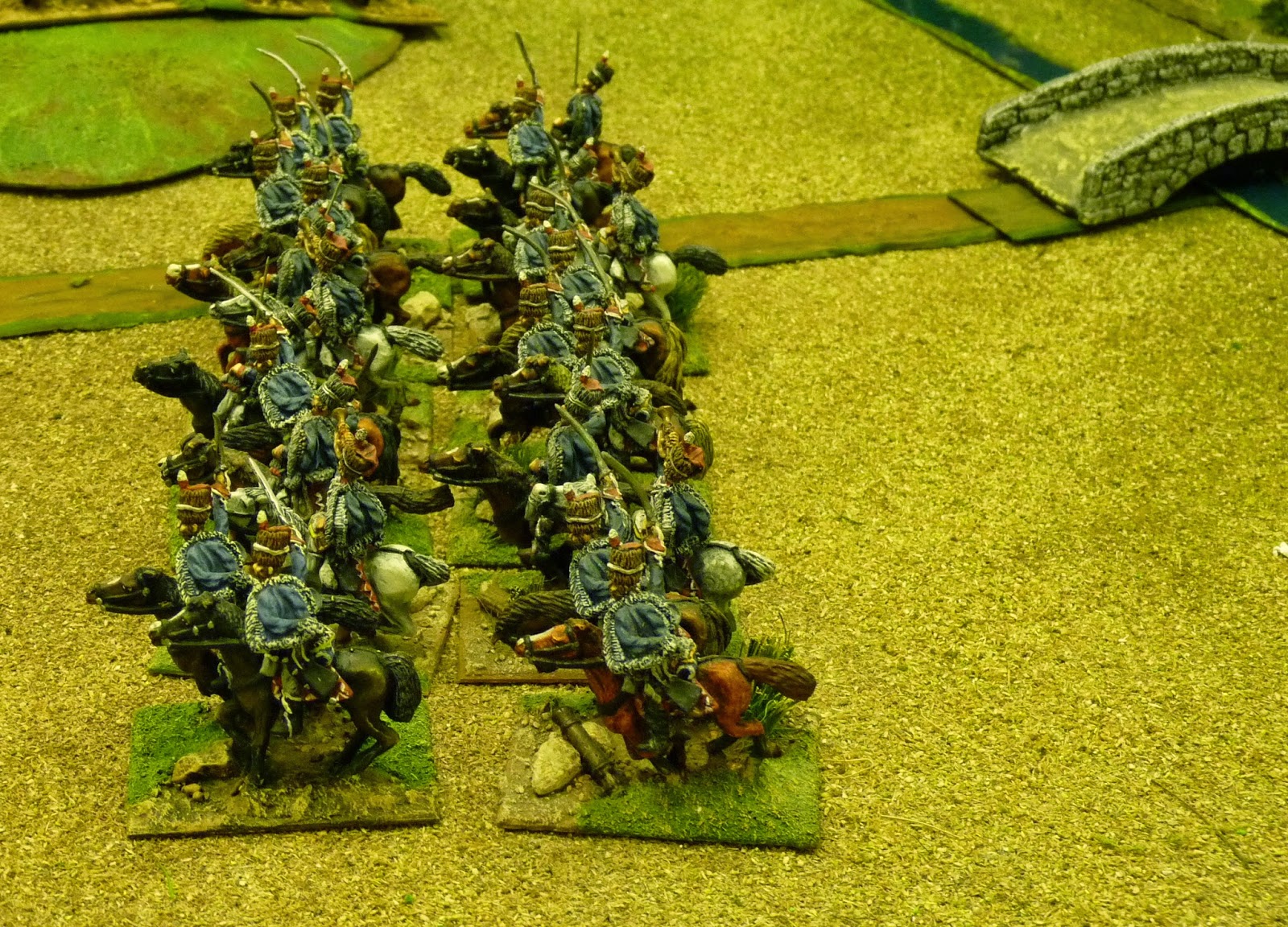 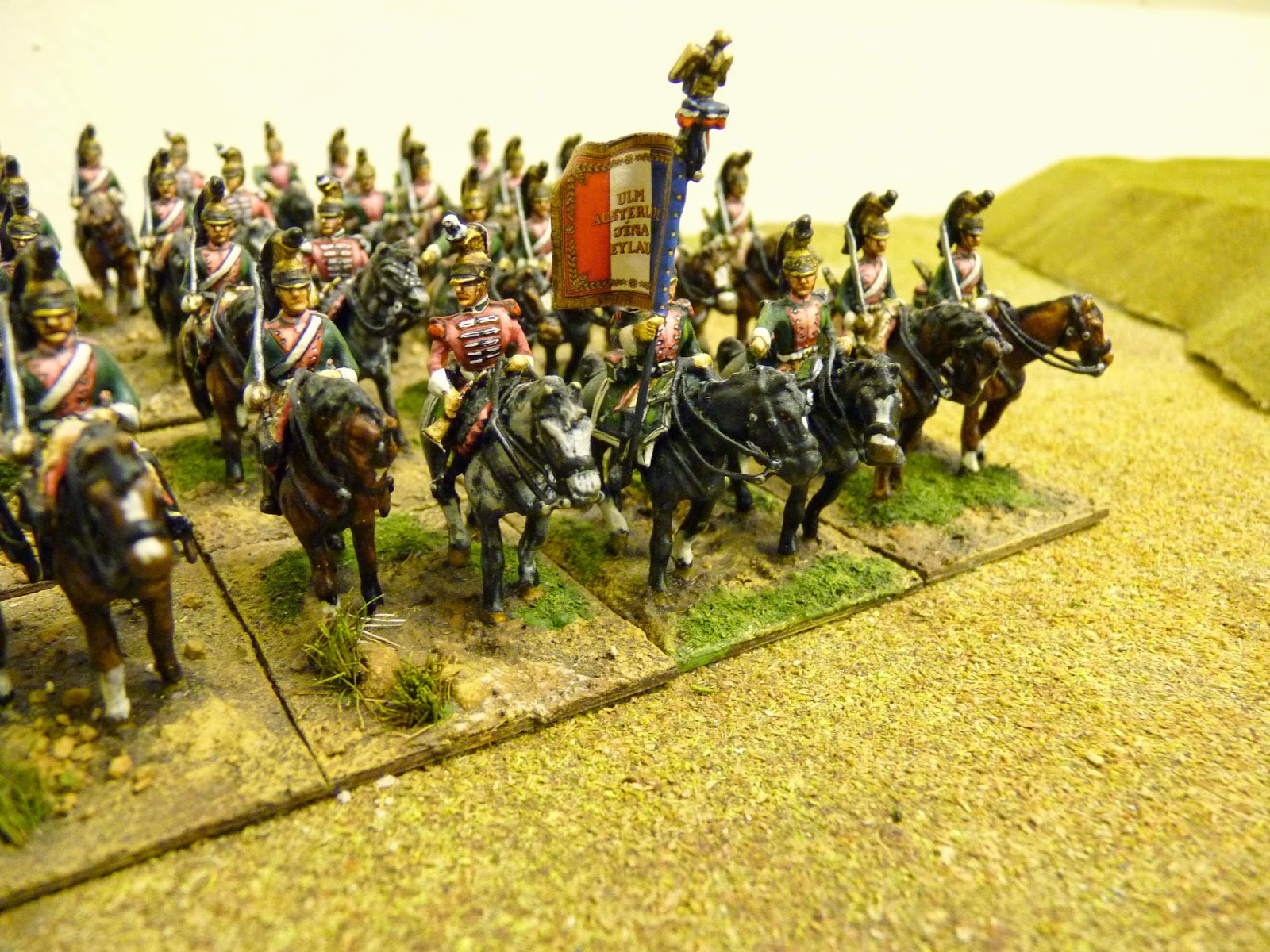 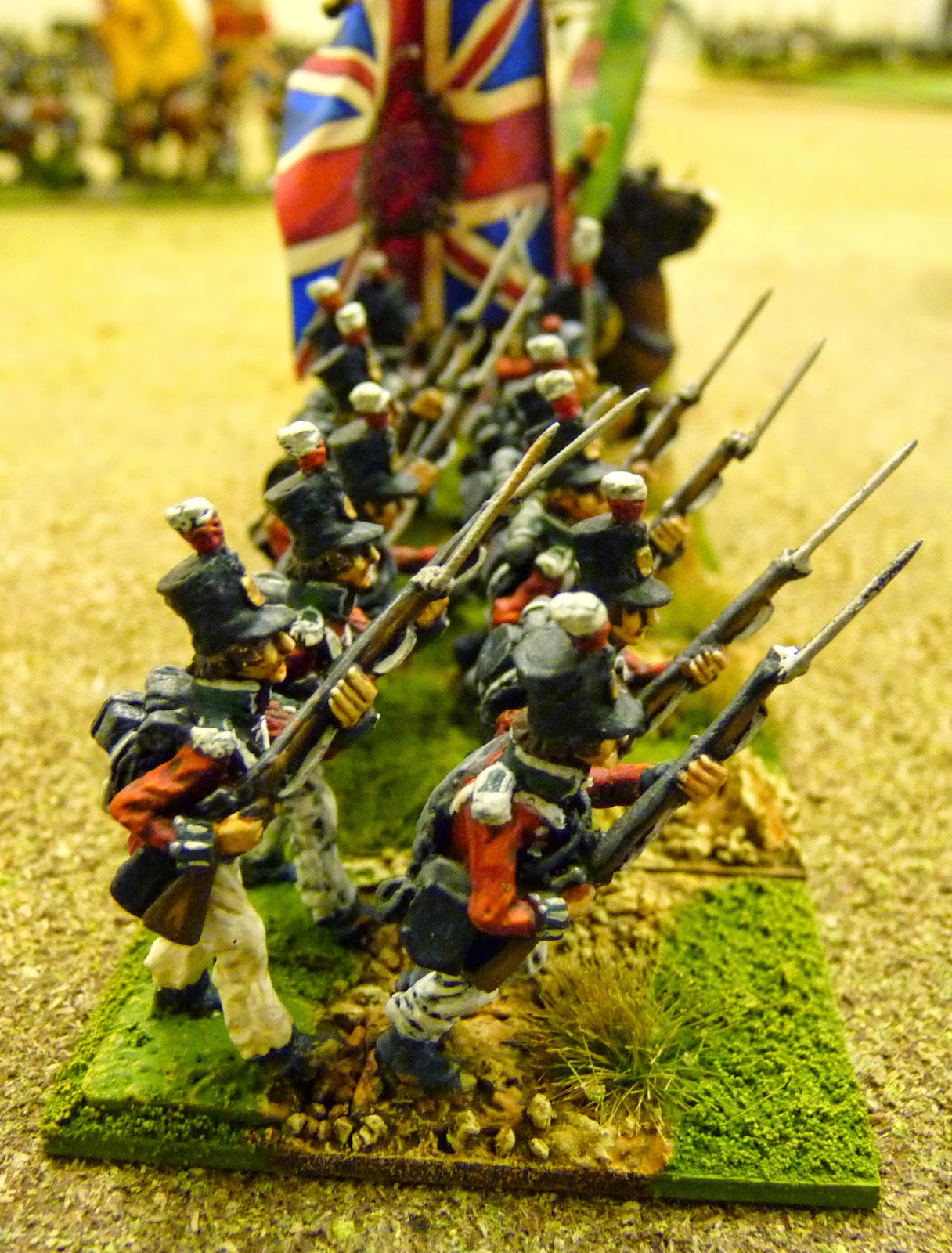 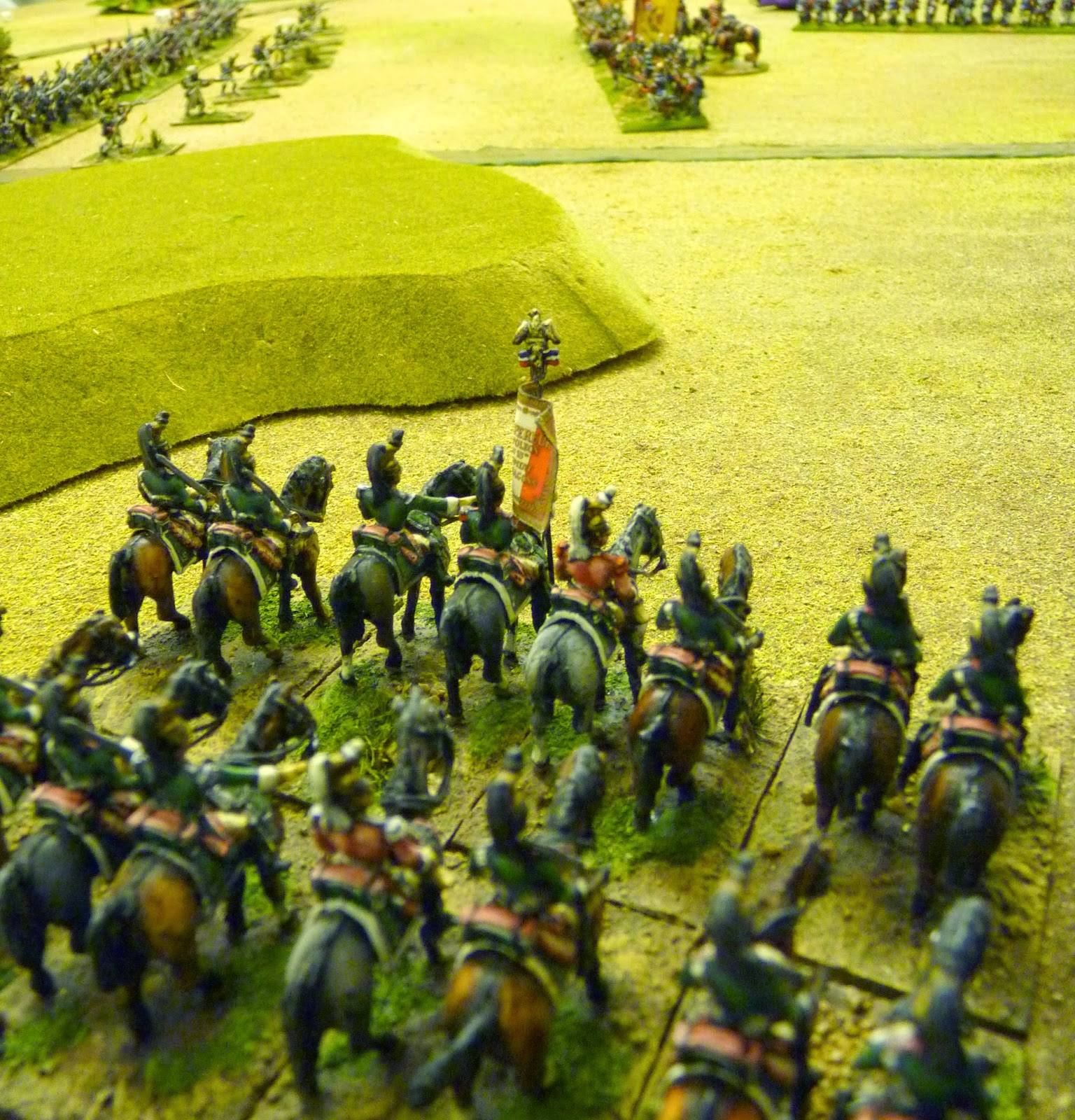 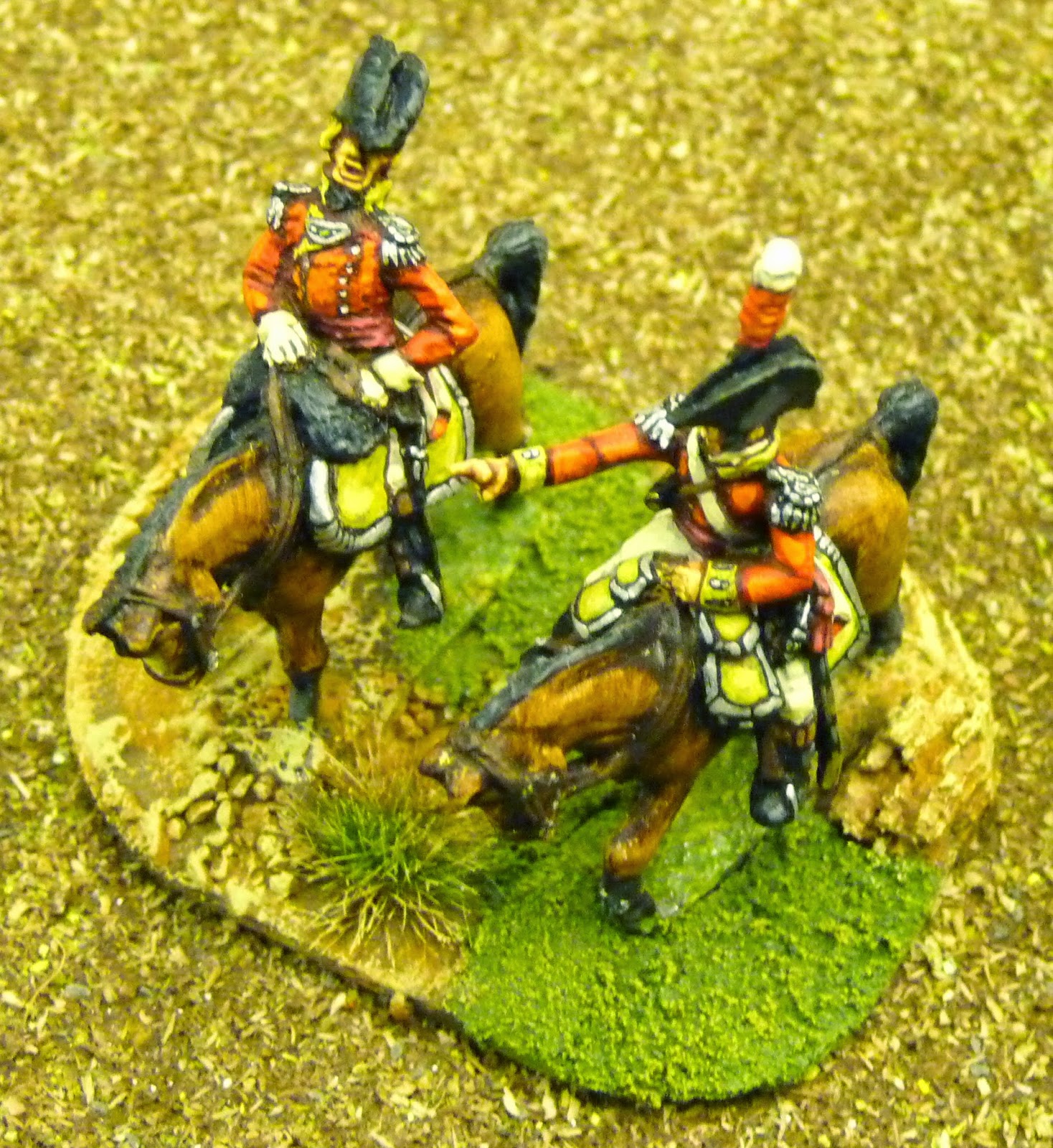 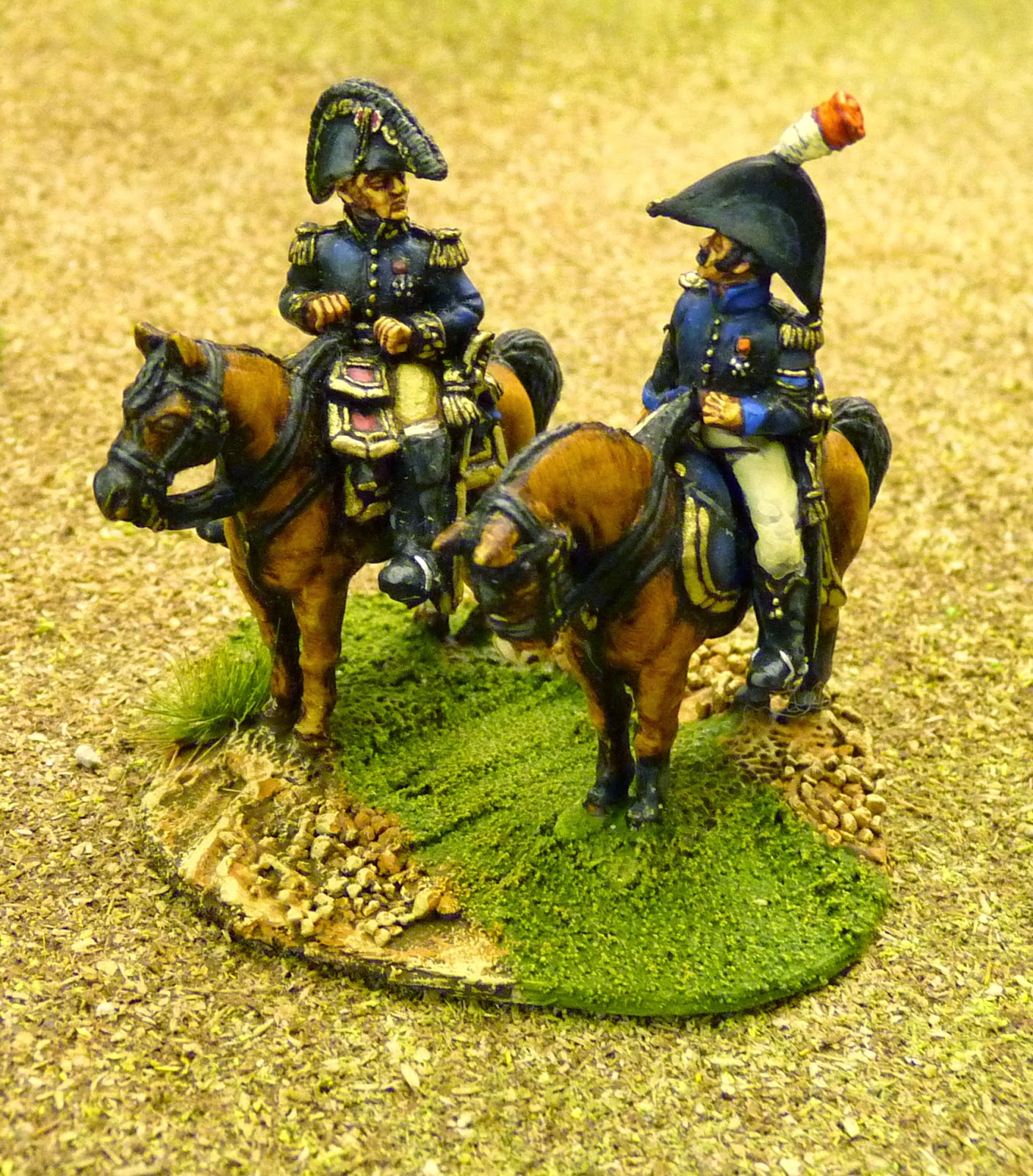 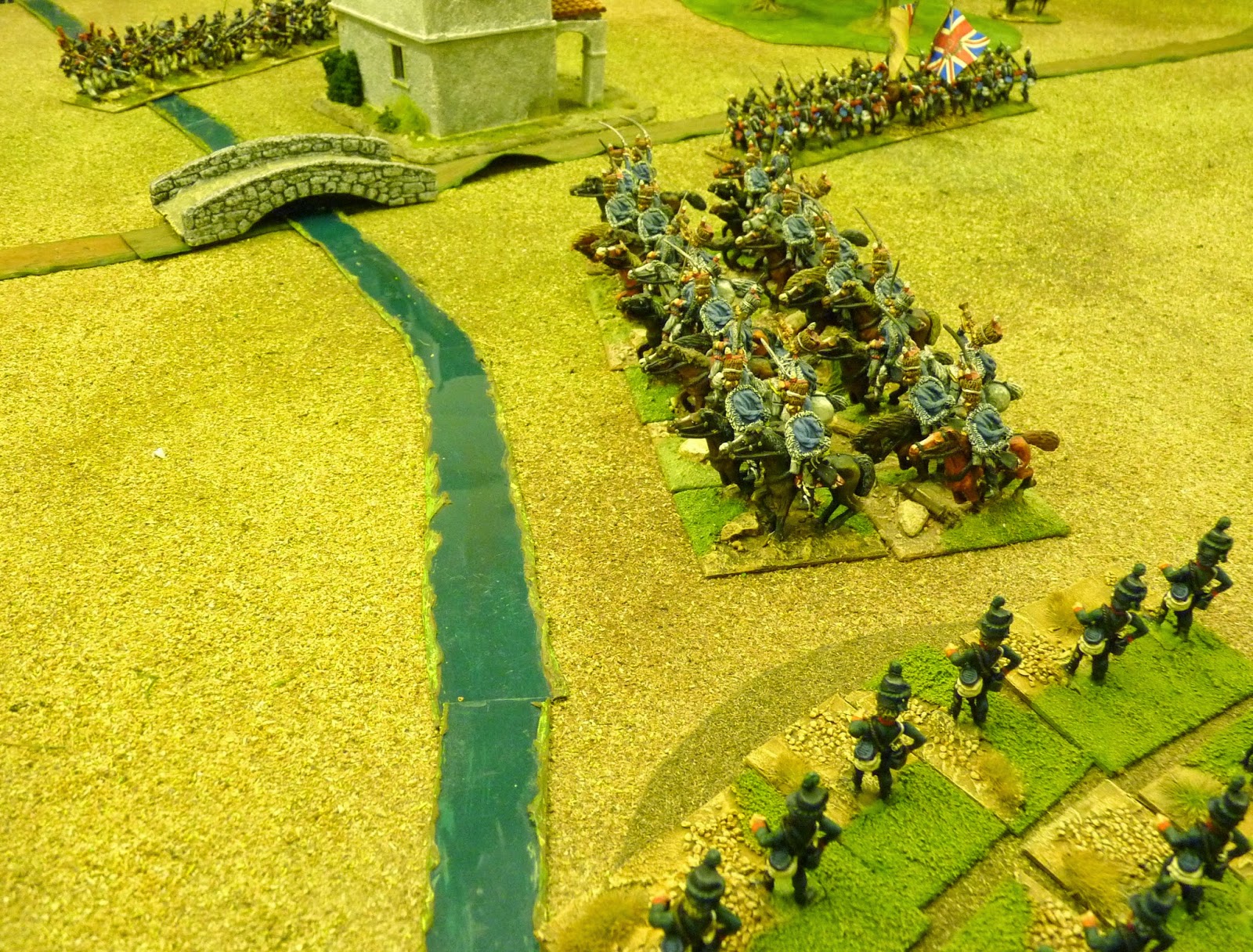 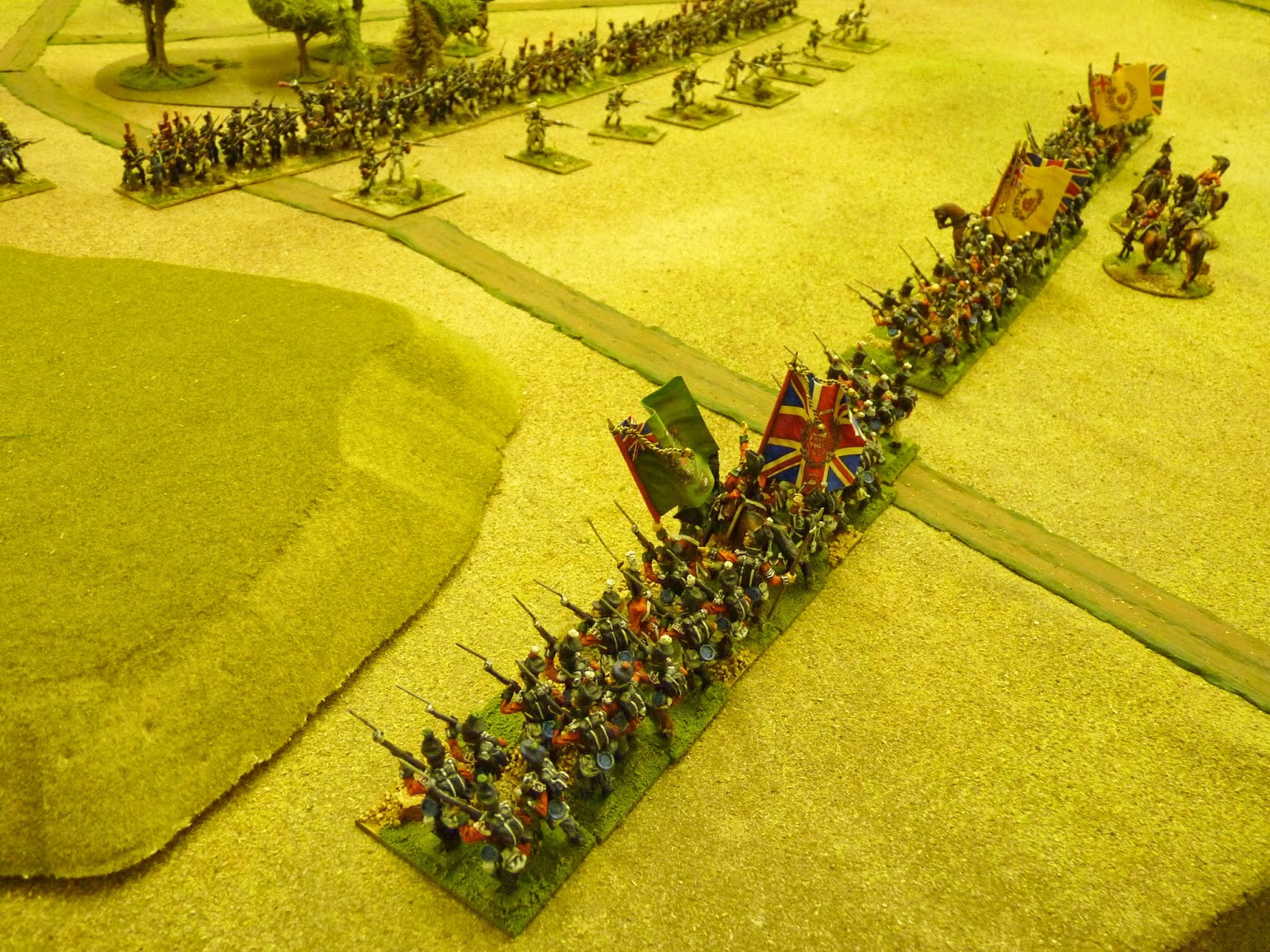 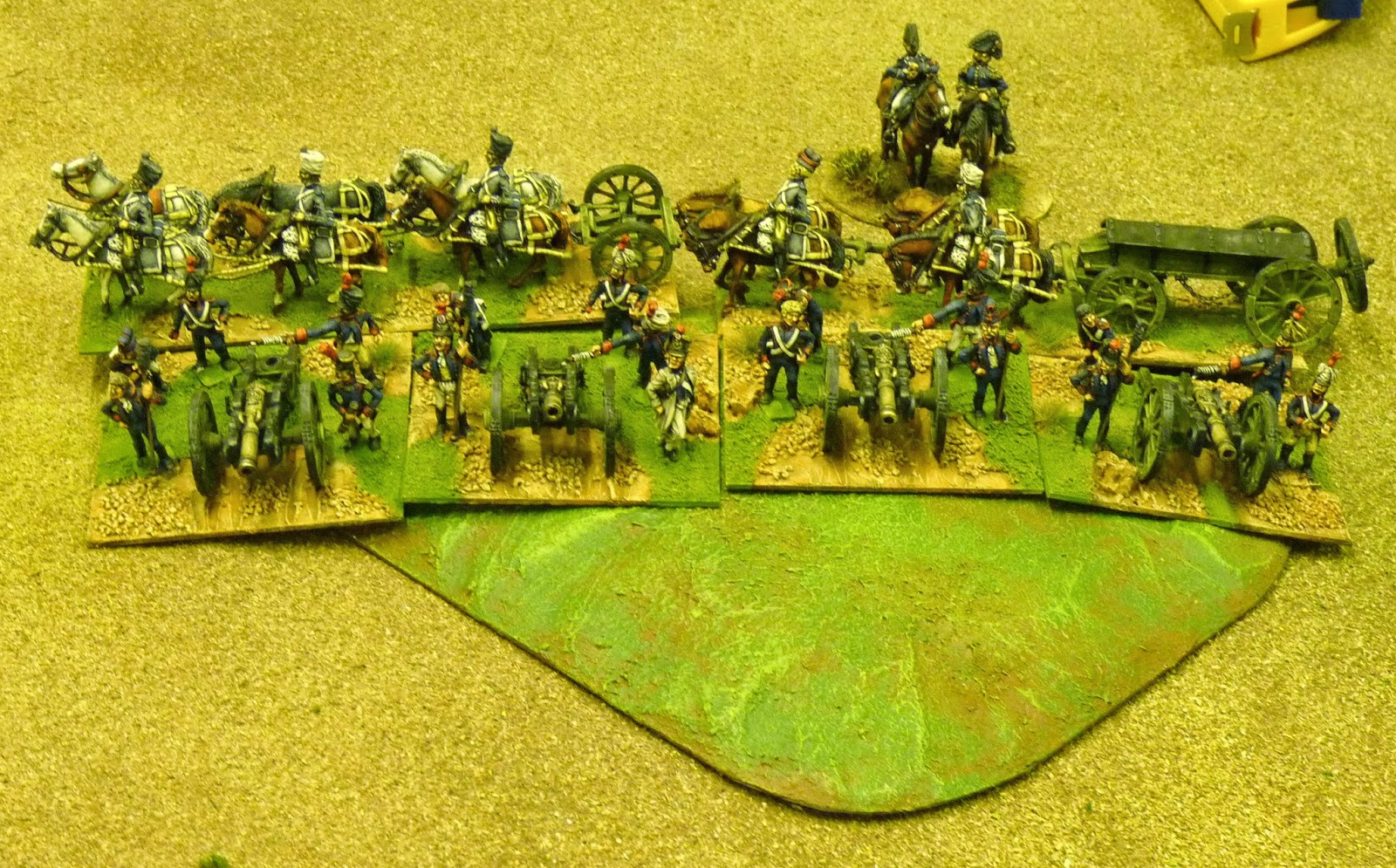 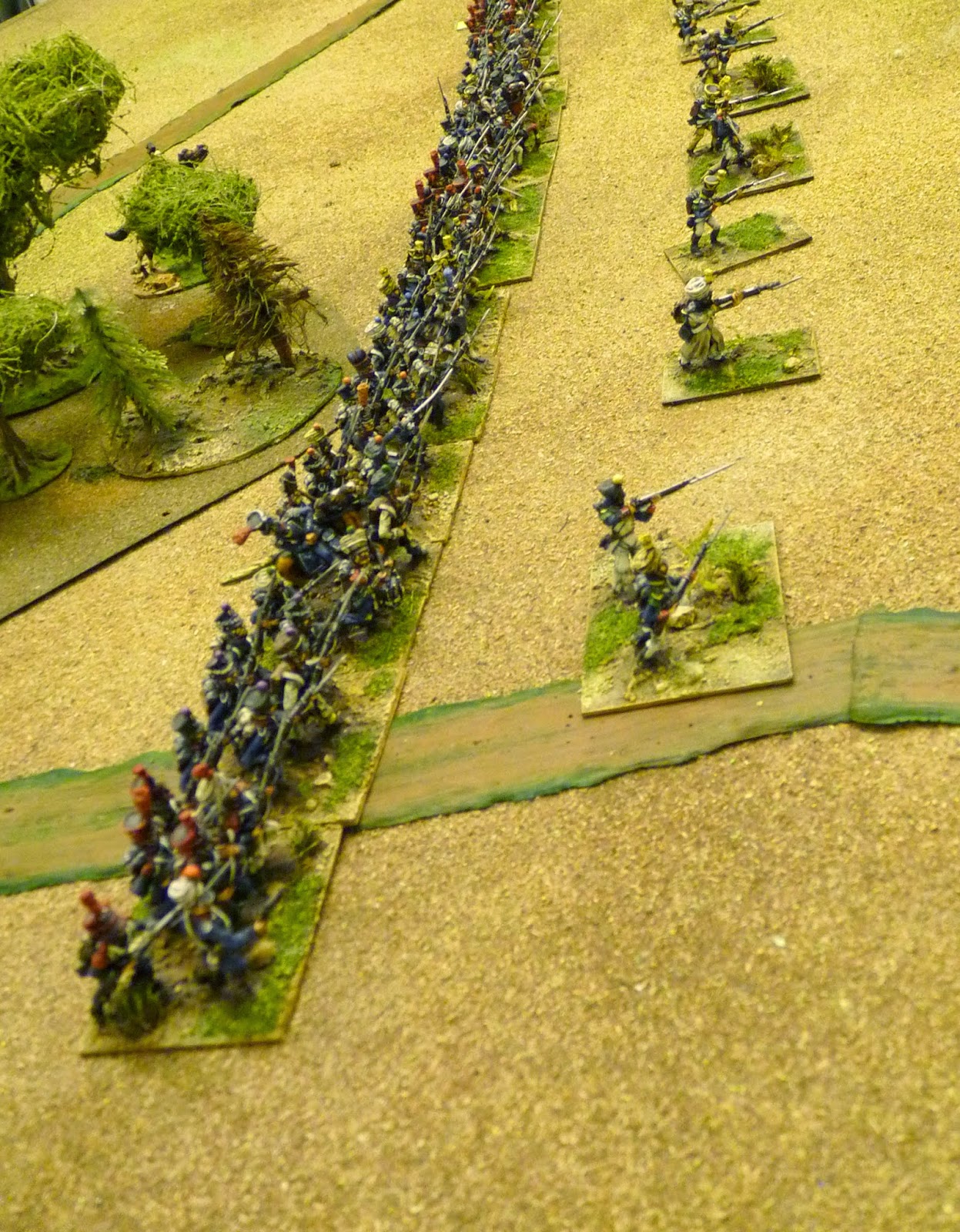 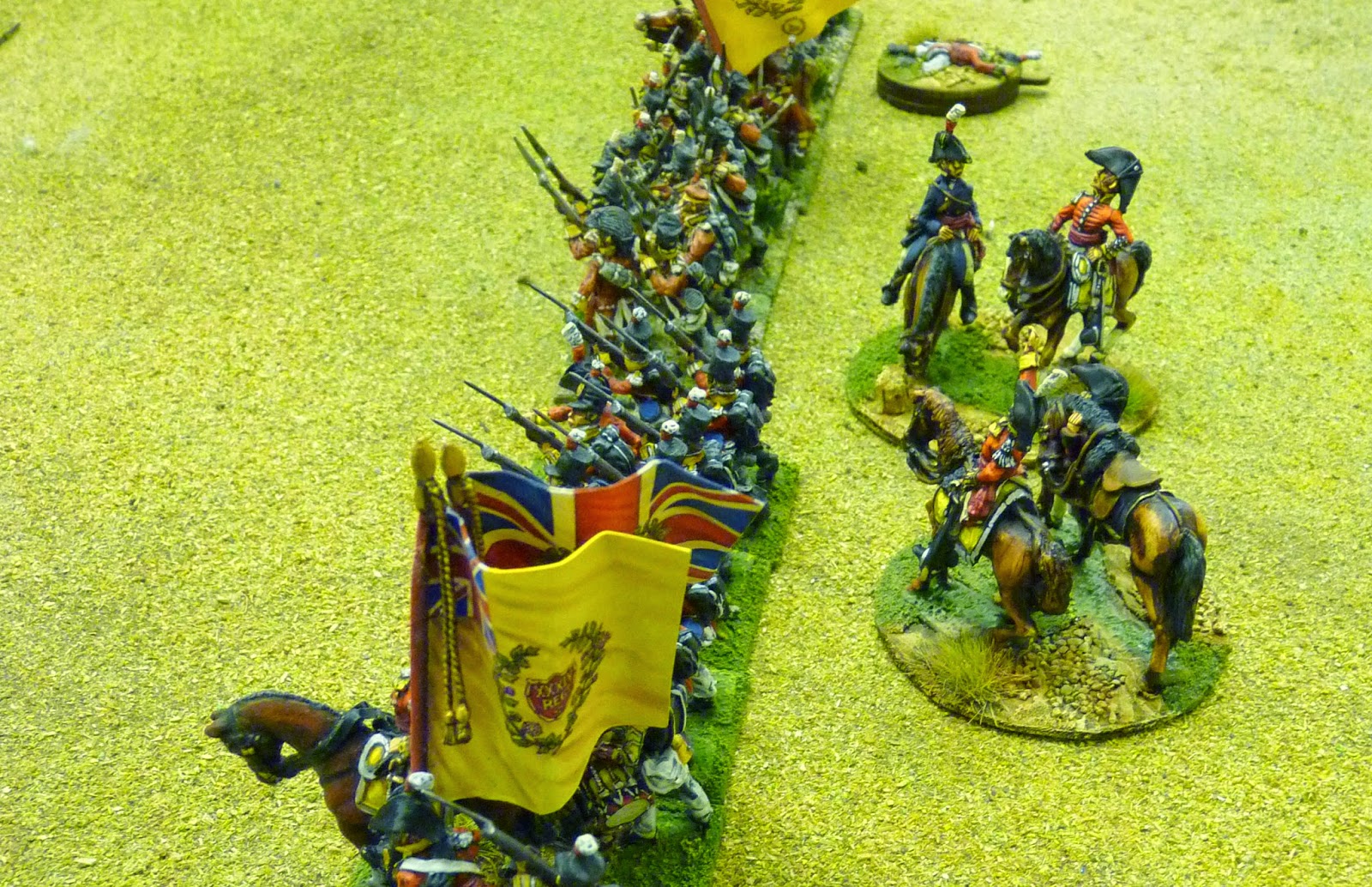