Battle of Hastings Demo; Huscarl Base I (Unit I)

Since I got the Christmas Painting done it's set me into a bit of a frenzy getting the miniatures painted up for the Hastings Demo at Salute this year. Not long to go now!!

I've got the first base Huscarls finished; these will be the front rank of the four bases of Ceorls I have already done. It's going to be a race to the finish getting the armies painted but I have time on my side (only just!) and about 40 or so Norman Milites already painted.

Without further ado, here's the first Huscarl Base for the First Unit (man, it sounds like I've got a long way to go when I say that out loud!): 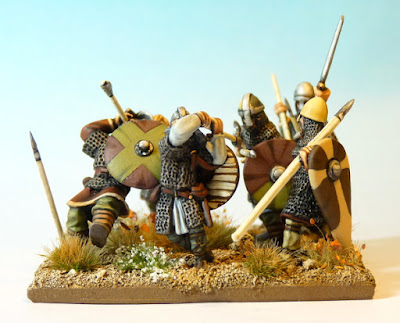 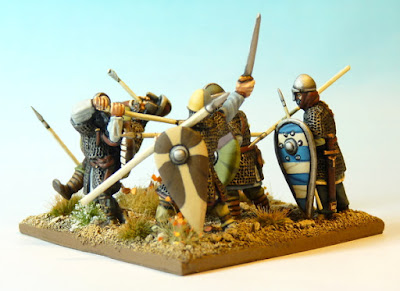 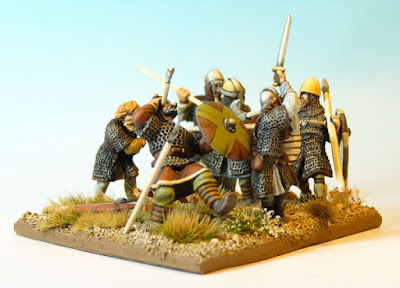 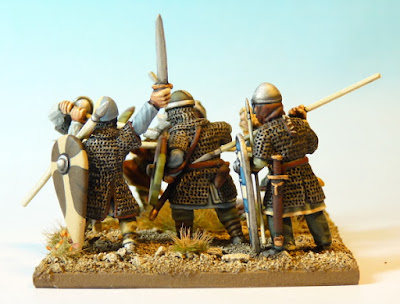 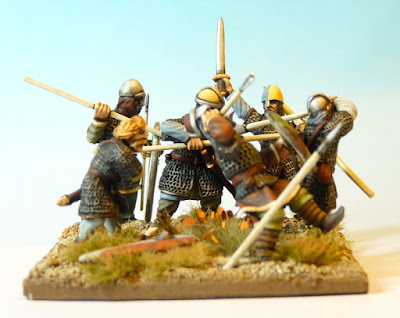 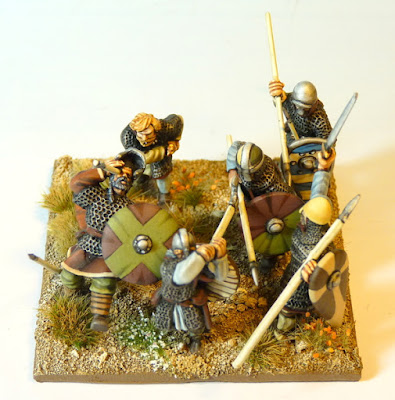 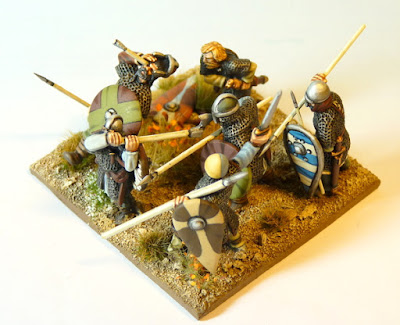 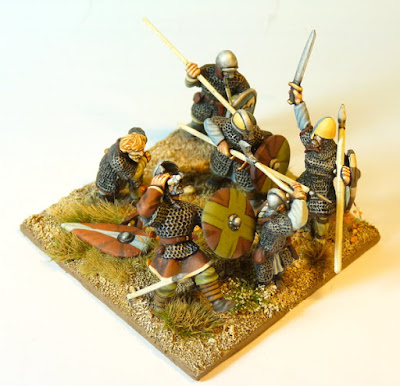 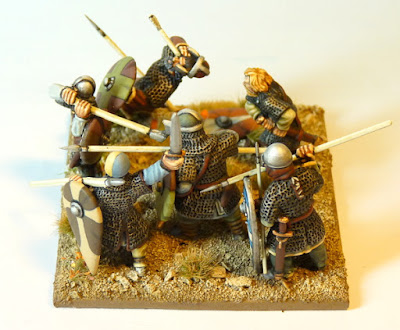 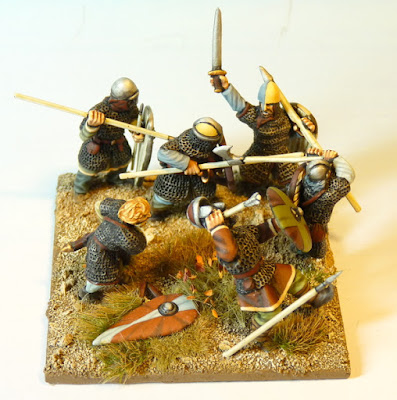 I'll hopefully have another base ready tomorrow at some point (fingers firmly crossed!!)