I've now got at least 40 cavalry painted for the Norman, Flemish and Breton forces and thought it about time that I had put together a test base to see how they looked. I have decided that for the Heavy Cavalry, all of them really, I will be using 80mm x 60mm bases as this allows for a nice margin for variation in terms of placing the cavalry on the bases. The base size was inspired by The Bodkins last demo game, Berne, Baby Berne! where one of my comrades in arms had done exactly that with stunning results. 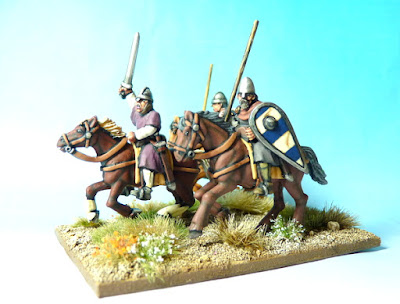 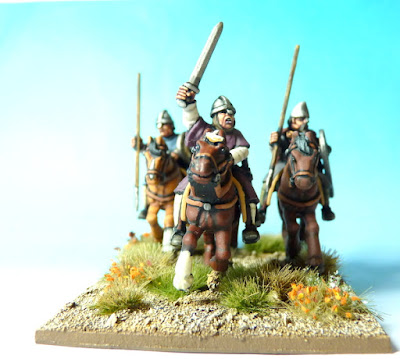 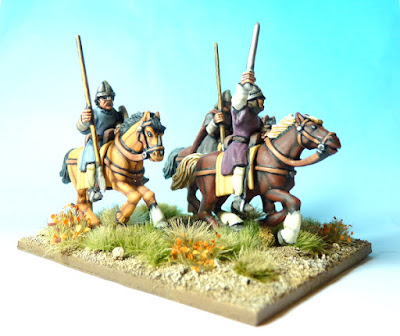 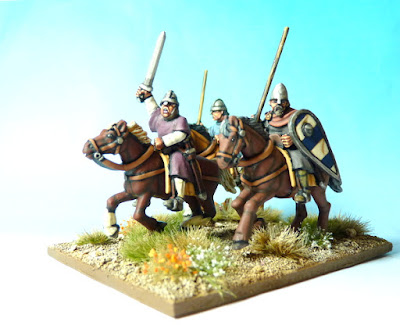 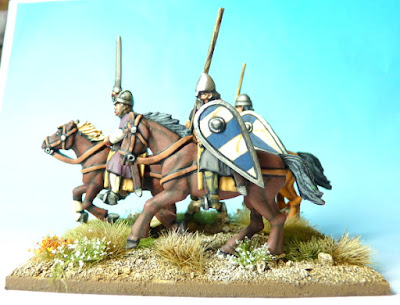 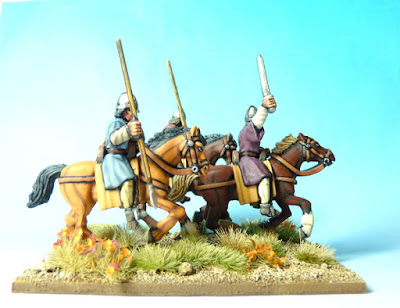 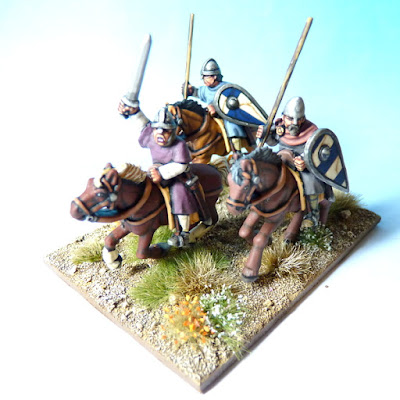 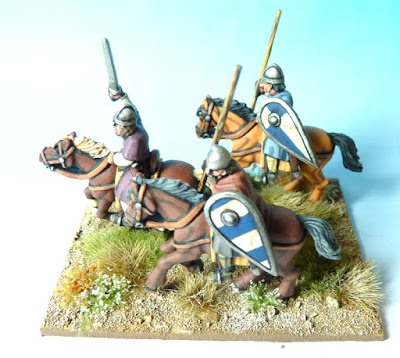 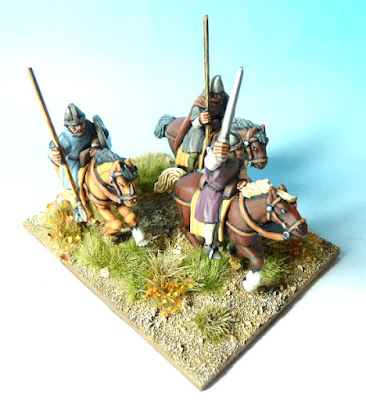