Clubbing It! Haggis Rampant and ACW

With the return of Medical Student James over the holidays we decided to abandon for one week the Haggis Rampant campaign and go for a free for all with four players a side. This effectively meant that the Scots/Islemen had for advance into a hail of missile fire and well, get shot to pieces- again! :>)

With the inevitable pincushion ahead of us the four Scots/Islemen players (Stan and my good self), with the exception of the prevaricating Dave and Mick (who cunningly used the excuse that there was a village in their way so they were unable to advance) , marched forward into the English Archers deathray.....erm I mean arrow storm with predicable results! Much fun was had by all. The highlight of the game was probably when Nige (playing the English) got fed up of Jim's (also playing the English!) very technical approach to the game charged him in the flank and rear! Basically the game was a chaotic maul with the Scots coming out much the worse off.

Apologies for the pics being all from my perspective of the game but there simply wasn't enough room for me to manoeuvre around the table to get any other views! 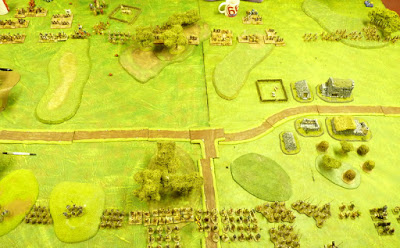 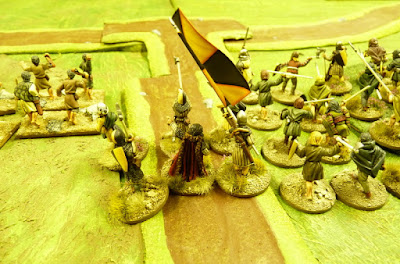 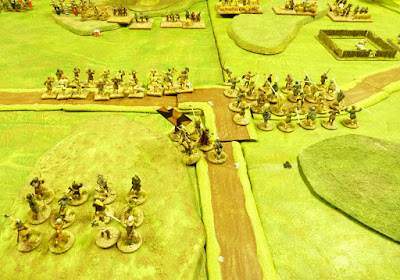 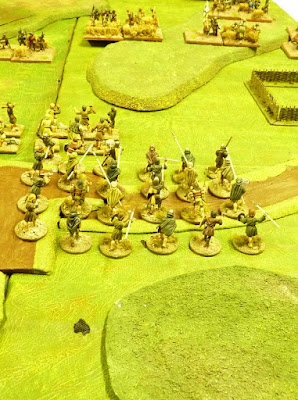 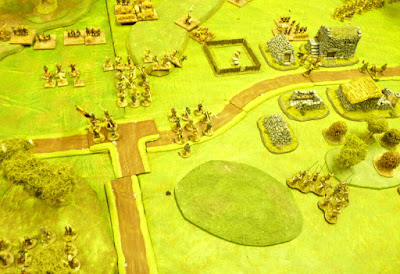 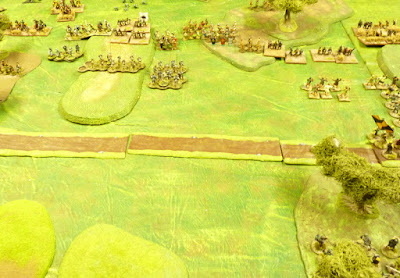 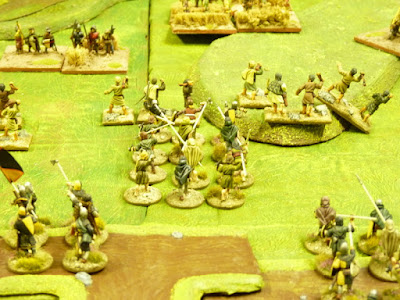 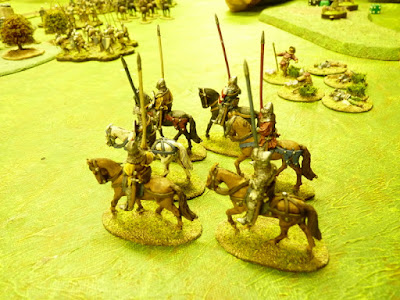 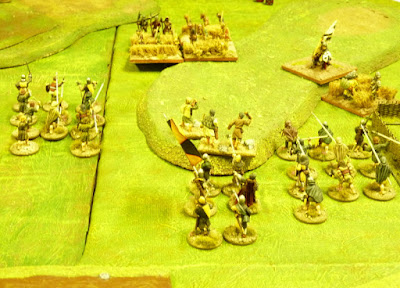 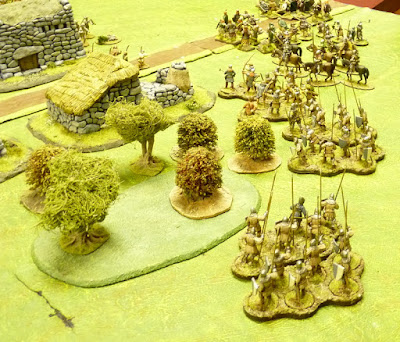 I also got a chance to take a peak at Shaun's ACW collection again at the club Thursday gone and was able to take a few snaps. Not sure what the scenario was or which battle was being partly played out but they do look resplendent: 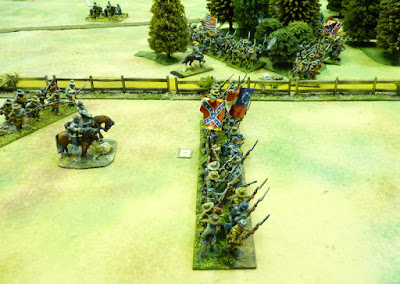 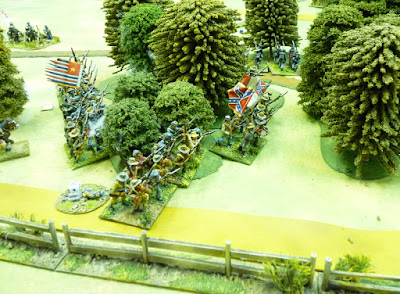 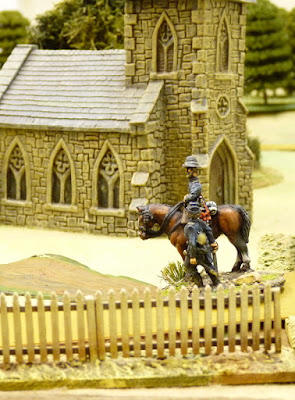 It has been just ten days since my last post. I've been cleaning up and assembling some of the beautiful new Perry plastic Afghan Trib... 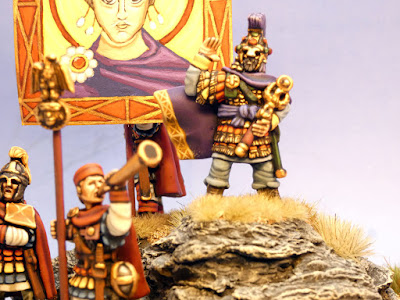