Well, against all the odds I did it! Base no. II for the unit of Huscarls is now completed and photographed and ready for posting.

Again the unit is a nice mix of OOP Gripping Beast, Patten Sculpted Gripping Beast and Saxon Miniatures. No Soapy GB sculpts nor Footsore Miniatures this time as were included on the first base of the unit that can be seen HERE.

I've gone for a front rank of chaps wielding their choppers with vigour unlike the last base which was very much a mix. These fellows will be sharing the honours in the middle of the unit with the command base. The command base, in this case will contain Harold Godwinson et al as it is very likely that he fought in the front line as an example to his men. Just to add to the confusion there will be a seperate Harold Command Stand (seen HERE and HERE) which will be hovering about wherever Harold Godwinson decides to roam on the day of the game ie. as an indicator of just where he is on the battlefield. I also have Command bases planned for his brothers and some of the other commanders. More about that later.

The palette is muted as usual, colours on all but the very wealthy in the Early Medieval period would have been made from natural plant dyes and =have faded reasonably quickly. Especially on campaign.

I've added a pic that a re-enactor friend of mine sent me at the bottom of the page indicating the sorts of colours it was possible to produce from such early dyes. 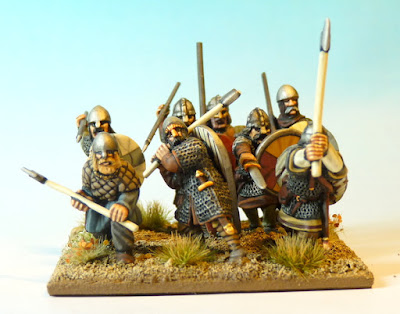 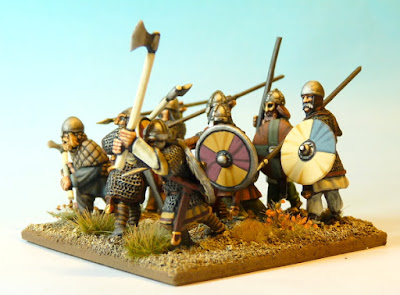 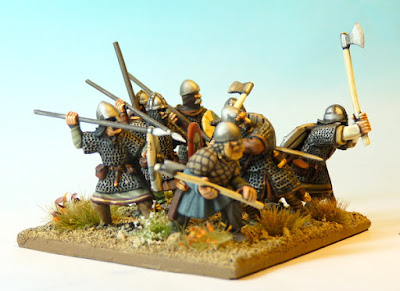 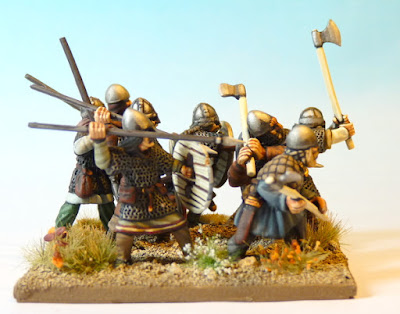 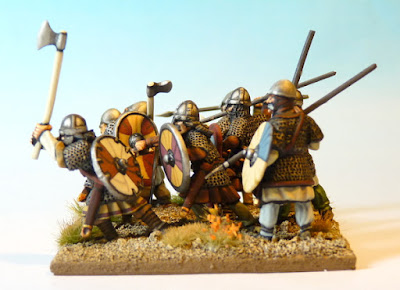 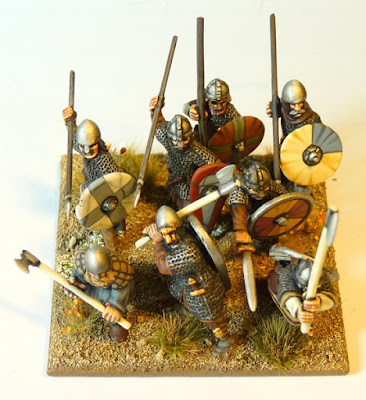 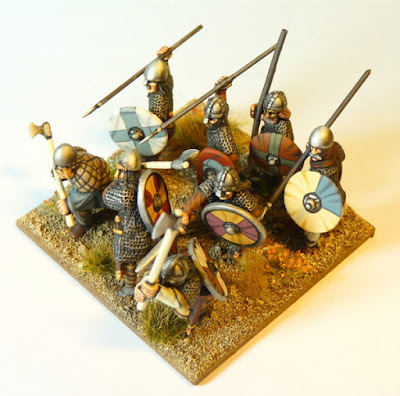 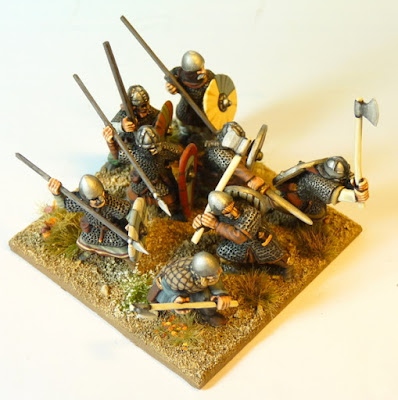 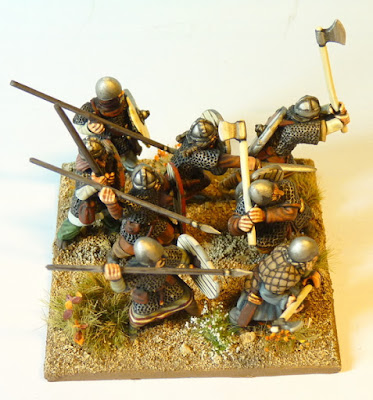 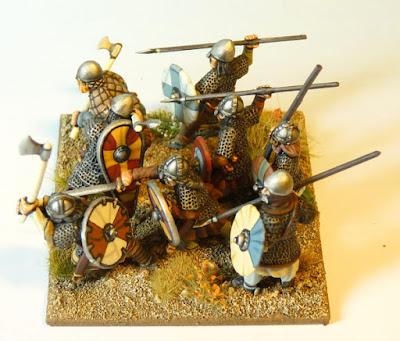 A surprising wide array of colours possible for clothing on the Early Medieval period: