Hi, Base III for the Huscarls that will stand in the front ranks of the already completed Ceorls is now finished and ready for your delectation.

As usual I've deliberately kept the hues toned down and muted. My Art School education was has not been  entirely squandered! This base represents one of the units on the flanks of the guys wielding their Daneaxes as I wanted to focus the attention of the Axe wielding maniacs toward the center of the unit.

There is the usual mix of miniatures, Mostly Gripping Beast (Patten sculpts), but if you look closely you will notice the Foundry casualty, the GB (Soapy sculpt) and there's a Saxon miniatures chap in there wielding his big chopper!

I've got the command base which depicts Harold fighting in the thick of the action already finished, I'll add pics of it tomorrow before trying to create a background that is big enough to photograph the unit in it's entirety. I'll do one that included the Ceorls in the back tanks too. 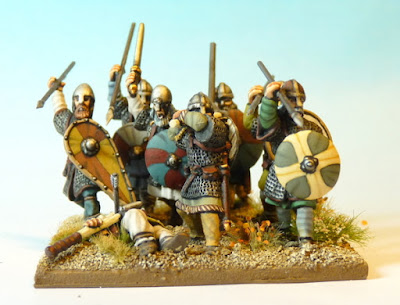 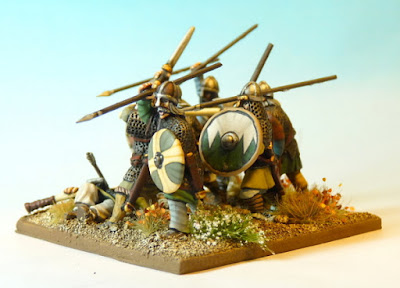 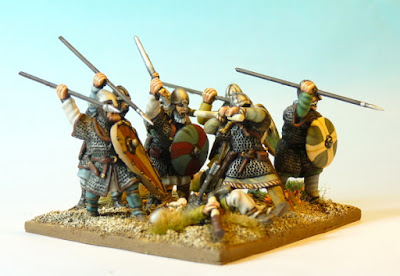 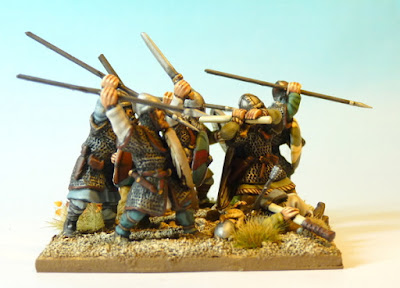 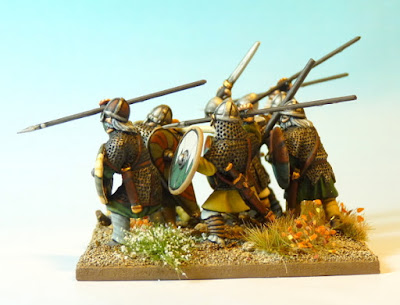 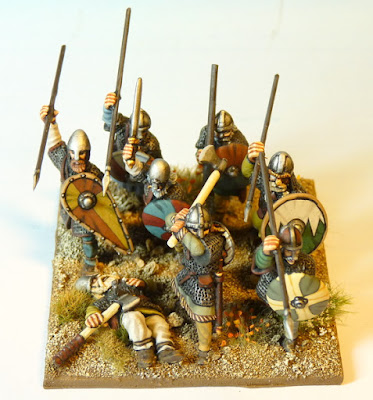 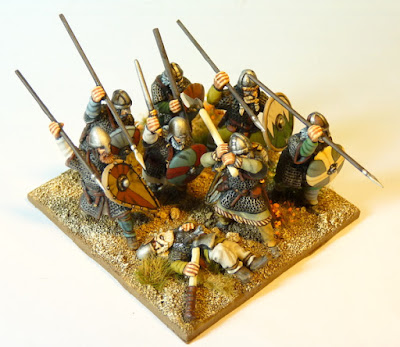 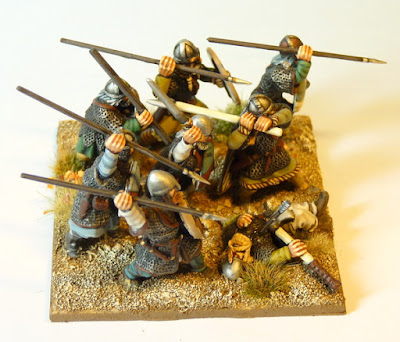 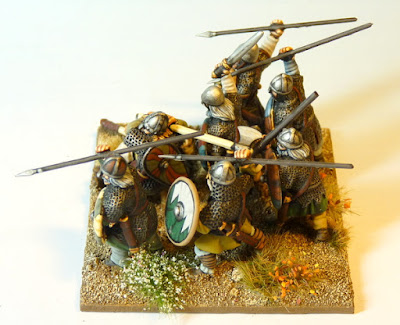