Thursday gone at the club saw Mick and I, both playing the Islemen, line up against Neil's wily English with their Gascon Allies. The scenario we rolled was Sausages and Mustard which was going to be interesting as I was stuck with a slightly diminished retinue although I was lucky on the recovery rolls after the last game so I cannot complain! One of the main anxieties of playing the Iselmen, without introducing any unlikely allies I was stuck with one unit of Foot Men at Arms, Three Units of Fierce Foot and two units of Bidowers (and damn it! I'd bought the miniatures for a full Islemen retinue and I want to get them all painted up thus ruling out the prospect of me painting any more stuff for the campaign!)

The games are based upon who shows up at the club and then we decide by rolling dice who players who and what scenario it is that we play. Mick and I had to split our retinues with Mick taking charge with his leader and thus getting to choose his boast/s whilst I would not for this game. Neil fielded his usual trusty retinue including his Surfs aka Speed bumps!

The Sausages and Mustard scenario is an interesting one as the attackers, ie Mick and I gain glory by burning the objectives by staying put at the building for one turn and rolling an 8 if a unit over 12 mini's and a nine if the unit is 6 mini's or below.

The Tempting Objectives in the Center of the Table: 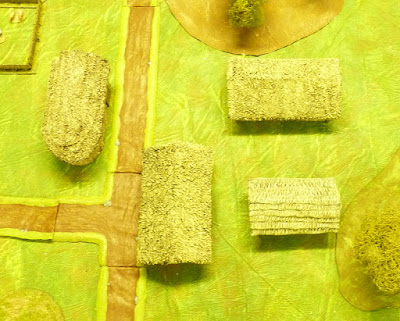 Mick and I funnel our Fierce Foot Forward Past the Impassable Terrain to the Left: 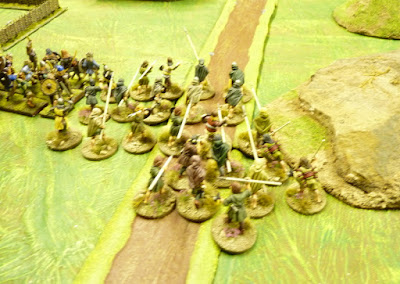 A birds eye view of the early moves; Neil moves forward slowly but surely moving a unit of Spearmen/Yoemen into the center of the village. I think it's fair to say that the dice were at this stage kinder to Neil than to that of Mick and I. 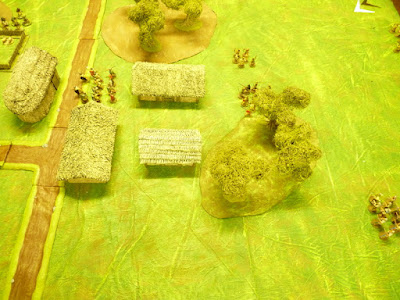 Neil's Mounted Men at Arms and Gascon's advance down his left flank: 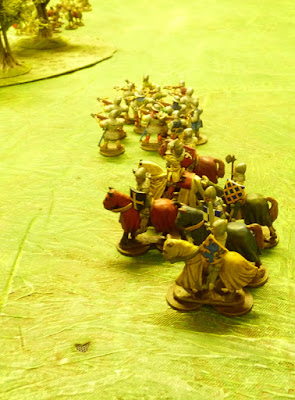 Our Fierce Foot  surge forward again leaving my trusty, OK not so trusty, Bidowers behind! 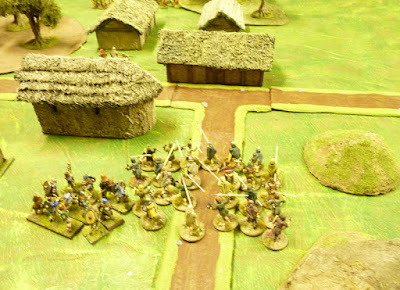 Surging forward to the village and to with pyromania in mind we set about trying to start as many fires as possible, which turned out to be a total of nil! 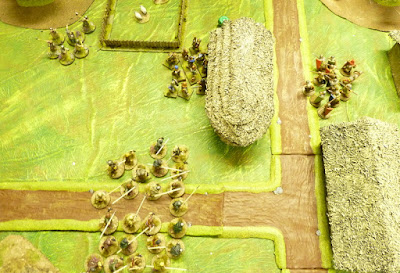 Neil's cunningly placed unit of Yoemen prove to be too much of a tempting target for my Wild Scots/Fierce Foot and although they were in Schiltron my guys decide that they have to go and are subject to their first Wild Charge of the game only to bounce and surge backwards becoming Buggered/Battered! 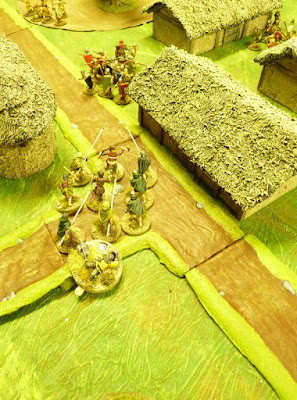 My Bidowers still stay on my baseline and steadfastly refuse to move. I get the feeling that there was some kind of Late Medieval workers thing happening in the ranks!

More potential pyromania dashed as we fail to start any fires! 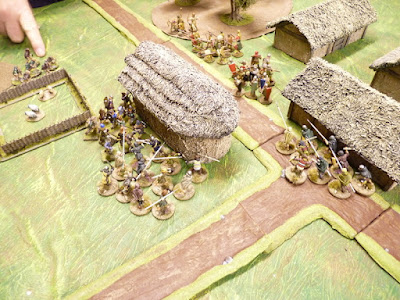 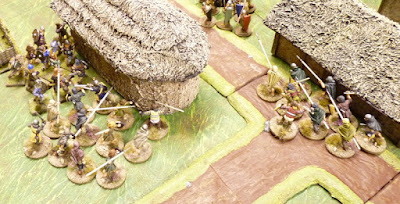 All the while Neil was slow,y advancing his (very scary) mounted Men at Arms supported by their Gascon Crossbowmen along his left flank unmolested, creeping ever close to threaten what, if /my Bidowers had chosen to move would have been our right flank. 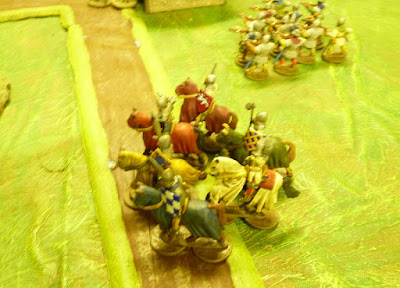 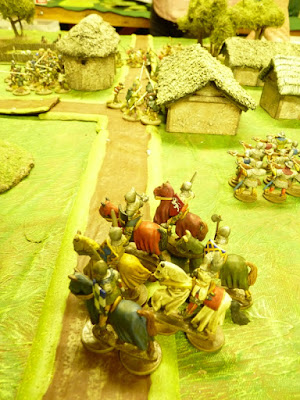 What honour have these Mounted Men at Arms who seem to have my Bidowers in their sights? 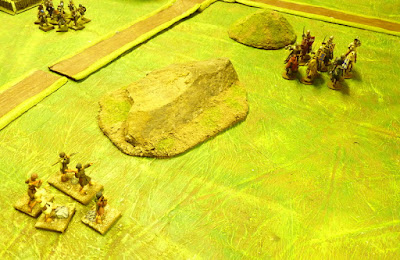 As you can see, very little!

I should add that it was at this point where I was very tempted to keep running around the Impassable Terrain closely tailed by Neil's Men at Arms for comedy value! I'm pleased to say that I avoided such temptation and not for the fist time decided that discretion was the better part of valour and started legging it off the table! Deja Vous!! 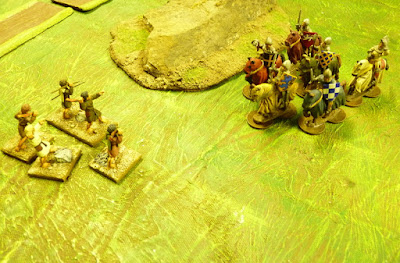 And so it was that the enthusiastic but militarily effete Islemen failed in their collective venture yet again!

A Quick Snap of the Beginning of a Siege Game in the Next Room: 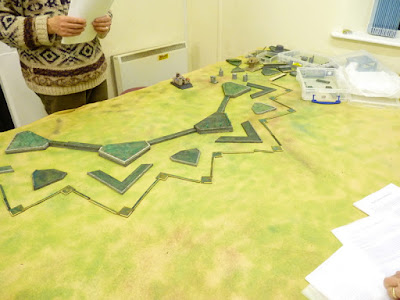 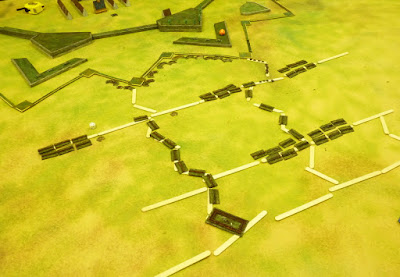 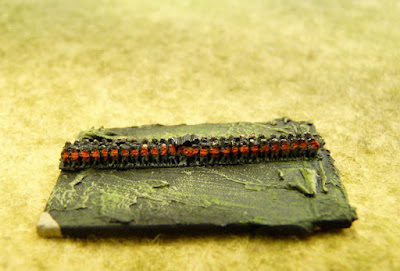