A while ago Dan, author of Glutter of Ravens, Dux Bellorum and Lion " I Befuddle Thee" Rampant contacted me and asked if I'd be happy to paint up something for the forthcoming book, Dragon Rampant. I said I'd be more than to help but secretly held minor insecurities having not painted up a Fantasy type mini in many a year. Well over a decade at any rate.

Mr Postman brought me what can only be described as large scale Beastmen. I'm not sure of the manufacturer, I did do a quick Google but came up with nothing. Anyway, they were (old school) GW size so would take a bit of work. I cannot for the life of me remember how long it took to paint the medium sized blighters up but I opted for a six or seven layer technique on the flesh and other large areas. In the end they didn't get a very large sized picture in the book, which is not a problem at all really. I'll pop a couple of pics of the mini's below.

I also received much to my surprise a copy of En Garde! I haven't had much time to read through either of the books though we did play a Festive Season game of Dragon Rampant at the Durham Club which I have to admit was such a great laugh that it had me pining for all the Fantasy miniatures that I had sold over the years! I've been looking at the Ral Partha Europe website with gluttony in my eye!

So, it's many thanks to Dan, Osprey and all the other play testers and contributors that made the production possible. It was certainly worth it and we will no doubt be playing more games at the club in the near future! 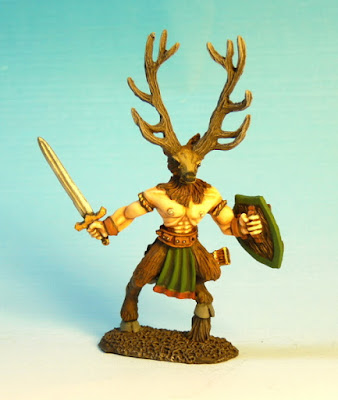 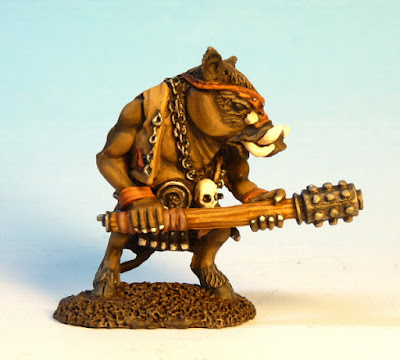