Having got a feel for the ProCreate putty last time around (see former post) I thought it time to have another bash.

First of all I had to remove his hair which was actually quite difficult as I had secured the mini to a coin and it was very difficult to get around the edges. This wouldn't be a problem for a mini that was standing upright but I did manage to leave a bit of lead just under the head, which may cause problems when it comes to adding his Turban/Fez like hat. 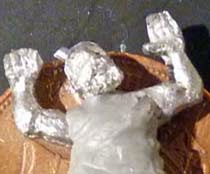 After his haircut it was a a case of simply mixing up more ProCreate (of which I mixed too much again! Better than too little I suppose!) and starting with the hem of his shirt I moved upwards adding a little putty at a time until I reached the armpits, smoothing with a clay shaper as I went along. It was about this point that the mini decided of it's own accord to come off the coin and dangle half on/ half off! This put the wind up me a little so I decided just to add a few folds in the cloth instead of continuing to add the sleeves which will have to be left 'til next time. I think I could have made a better job of the folds in his tunic but as he was half hanging off the coin I decided that i ought to stop and wait for another day when the putty was dry!

Here's what I have thus far: 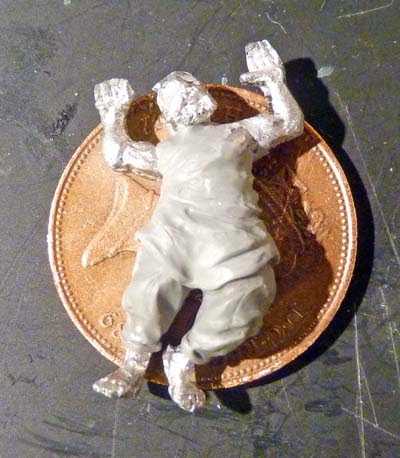 A close up showing all my accidental markings!! 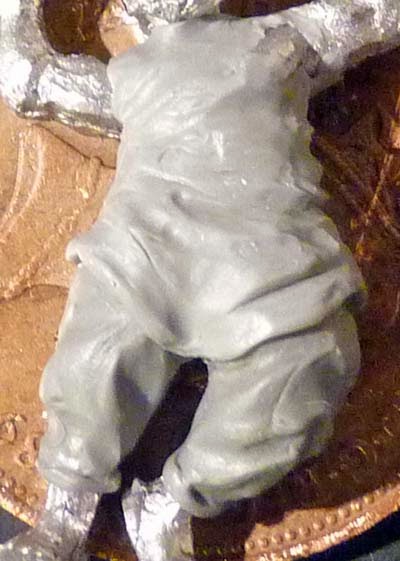 Next time it's sleeves and possibly the turban. Fingers crossed!