OK, a little explanation is in order here before I get to the games etc. I went to border Reiver for the first time in a long time as I knew that the prices of the Perry stuff was going to go up on the 1st of September (a tragic date in anyone's eyes methinks!). As it happens Dave T held back on the price rise on the day of Partizan and my wallet felt happily less constrained.

The show was a funny one on a few counts. Firstly, it was very easy travel to and find the building (Gateshead Stadium who were hosting the show) but a lot less easy to actually find the show within the actual buildin!?!?. Two hand scribbled A4 notices were the only trappings of any significance in that regard. We did eventually find the show and I was very pleased to see that a few of my friends from SESWC in Edinburgh had traveled down as a sort of 'show stop' on their way to Partizan the next day. My plan, now foiled, was to spend at border Reiver and then to shoot down to Partizan the next day and actually take the time to really see the games on display rather than it being a last minute thing post shopping frenzy as is usual in my case.


Here are the games:

Blood Bowl!
I remember sitting up with a friend all night until 7am when the first Blood Bowl set was released (the one with all the cardboard teams!). It just seemed simply crass not to take a snap or two of this game which the players had clearly lovingly created a stadium. 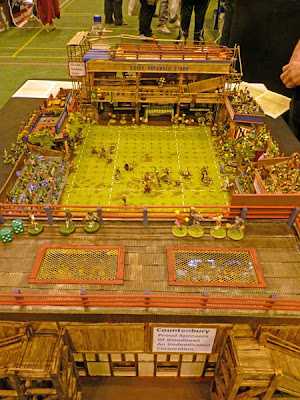 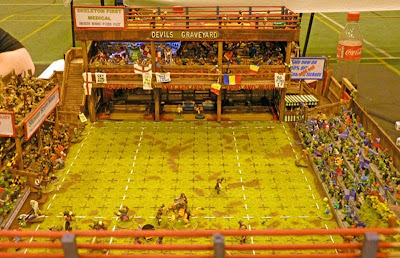 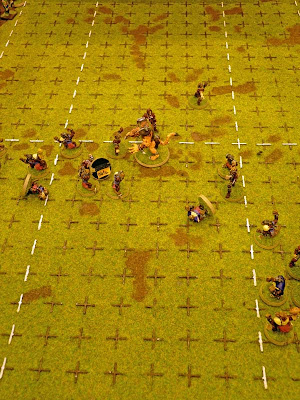 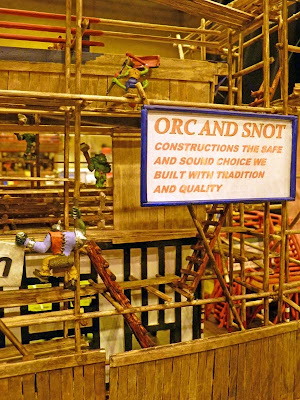 ???
I didn't quite have the time to ask the guys whom put on all these games just what it was all about but I suspect that this was a Wings of War game(?), though I could be wrong. I await instruction. 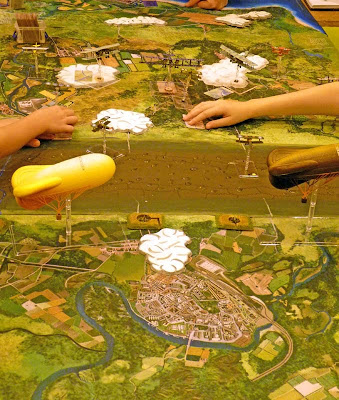 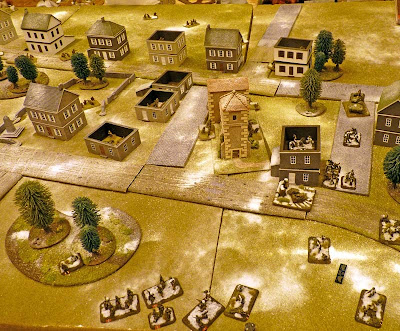 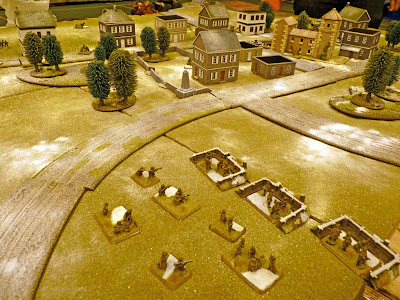 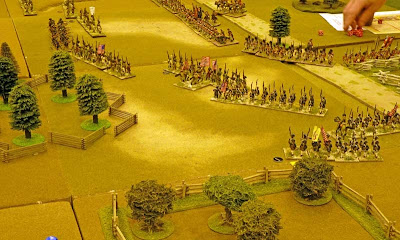 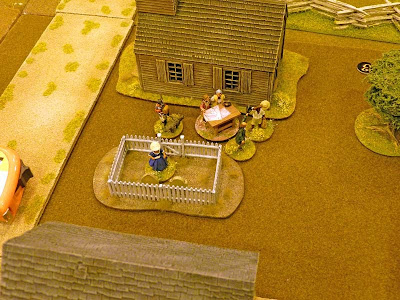 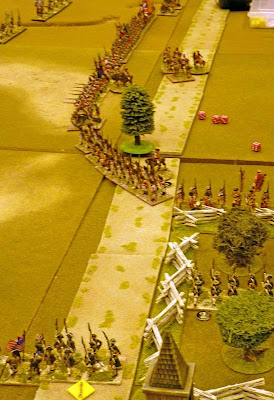 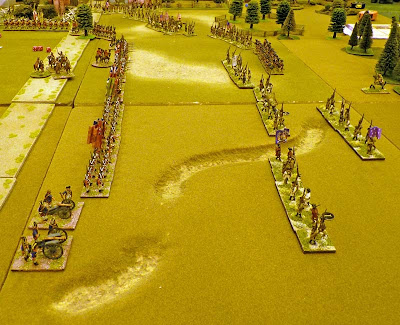 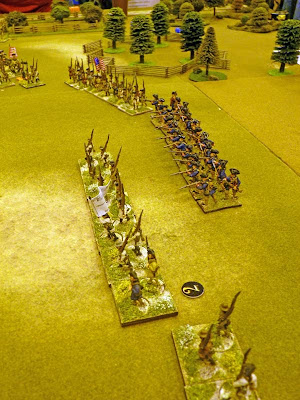 Gettysburg
This game was a bit sugar sweet as I loved the game as a whole (you don't often see the whole battle being demo's at UK shows) but the behavior of one of the players who was very rude to my girlfriend, who somewhat ironically has probably been to more wargames shows than all the guys playing the game put together (she also has a Phd and is nobody's fool) and realized straight away that it was an ACW battle. one of the guys playing the game told her that it was Trafalger which she felt insulted her intelligence not only as a woman but as a well traveled wargaming enthusiast! When the story was related to a few of the guys we knew at the show (I shall refrain from naming names) they all were seemingly unanimous in that she should have slapped him!! Luckily for them my other half is not of that temperament or the guy might indeed have been in for a well deserved slap! Anyway, I digress, the game was good anyway. 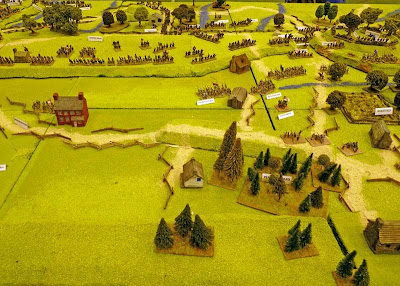 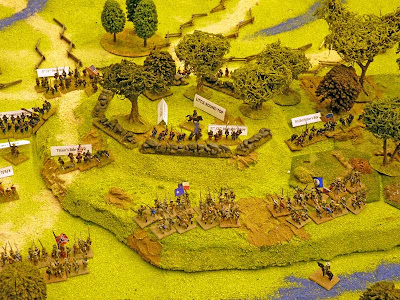 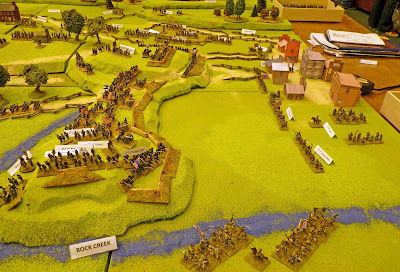 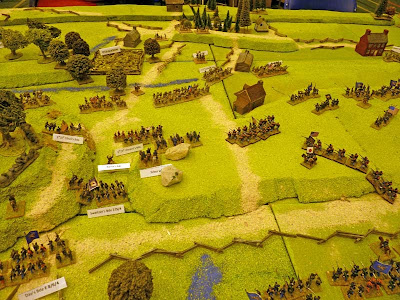 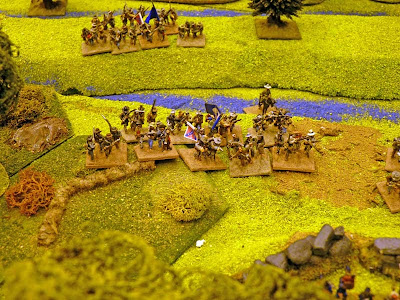 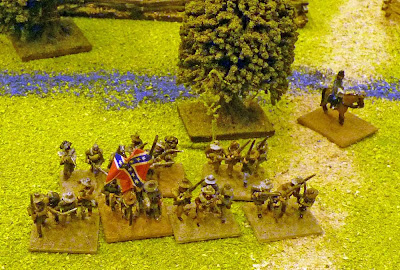 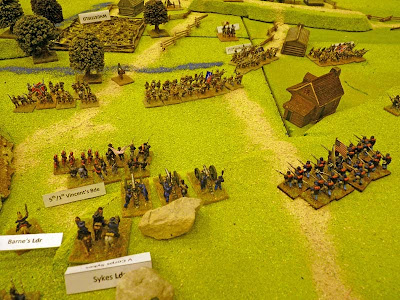 
Wars of the Roses Perry plastics

Can't buy enough of these at the moment as I'm building up the armies for Richard III, Henry Tudor and the Stanleys for the Battle of Bosworth demo game which will be at Salute 2014. 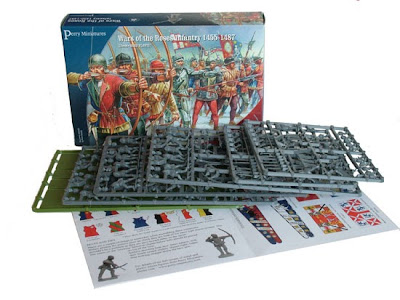 Perry Miniatures Desert Rats 1940-1943
Well, you have to don't you? If you were one of those chaps that spent hours and hours playing with your Airfix toy soldiers as I was then these plastics are a given! I painted up the miniatures for the Desert War Diorama that the Perry's had at Salute last year (you can see pics of it HERE). I also plan to to quite a bit of gaming based around the Seige of Tobruk and a few other Desert War scenarios that I have up my sleeve. 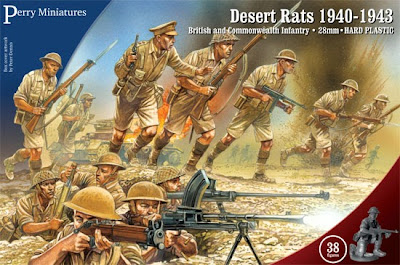 These I have plans to use in the transportation of a Heavy Bombard which will make an appearance in the Bosworth Demo Game. It is unlikely that Richard III would have traveled around with a siege train, let alone wait for it to catch up with him at Bosworth, but it is a conversion that I have had my eyes set upon doing for a long while and will suffice to fit into other Late Medieval games too.

Perry Miniatures Universal Carrier Section
Too delightful not to buy. They will certainly be at home in the Siege of Tobruk. Obviously very useful in all arena's of WWII in North Africa.

Medieval Warfare Mag. Vol III Issue 4
I've got all the issues up to date and I love this mag.  My subscription was out of date and luckily Caliver Books were on hand to resolve the problem. The mag is very much recommended to anyone interested in the  history of Medieval warfare. 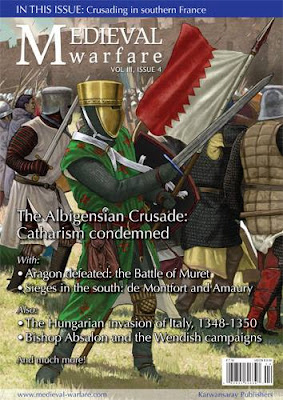 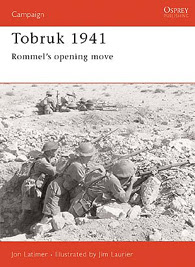