Here are the finished pics from the re-based and the converted Archer mini's that I completed yesterday. There is a bit of a yellow cast on the pics as i had my camera on the wrong setting without realizing. Rather then take all the pics again I decided that I'd just post up the pics as they are because I'll be taking more later when the bases with the stakes are completed and of course, when I've painted more up.

First off we have some pics of the bases doubled up followed by the single bases: 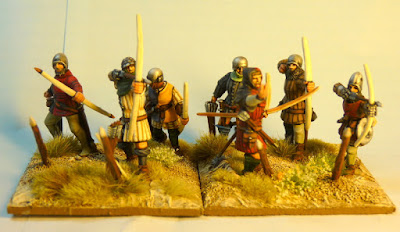 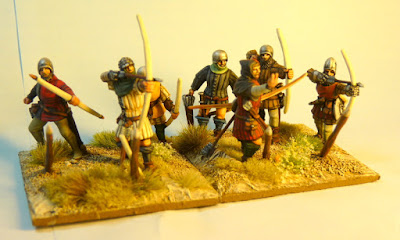 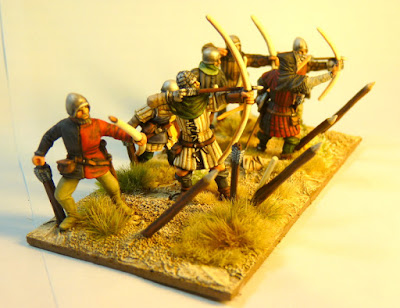 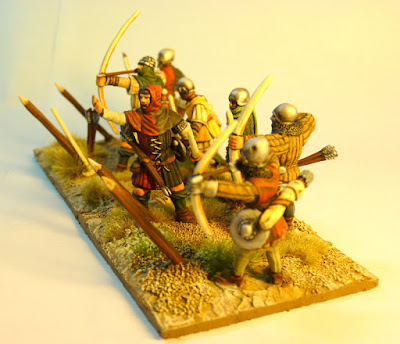 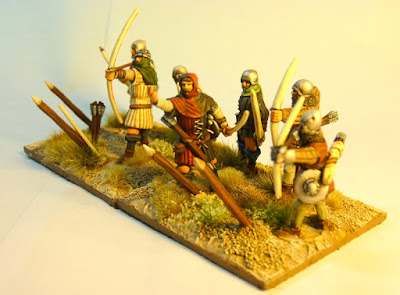 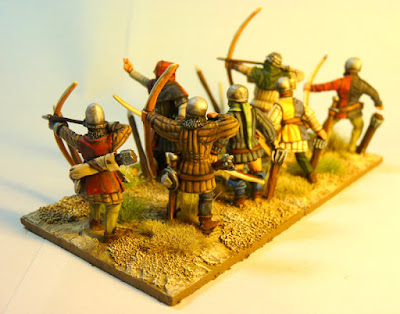 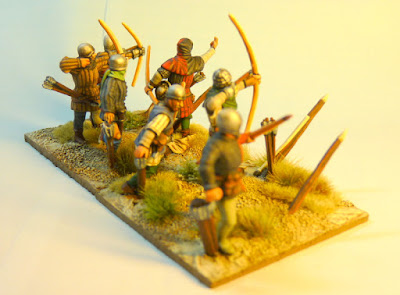 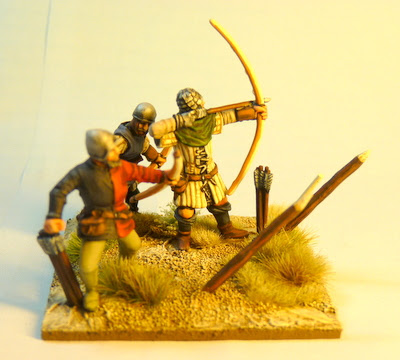 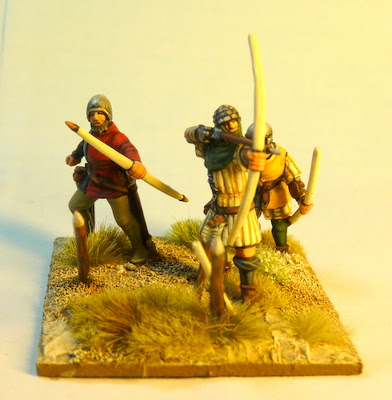 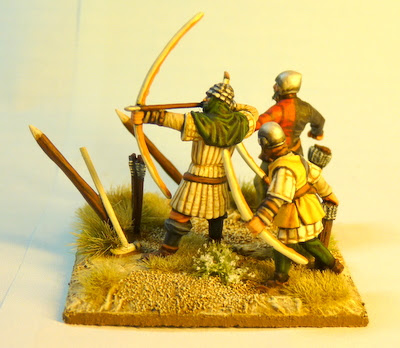 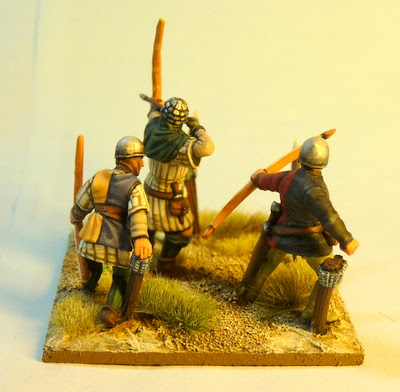 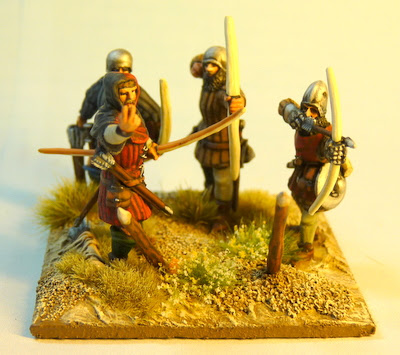 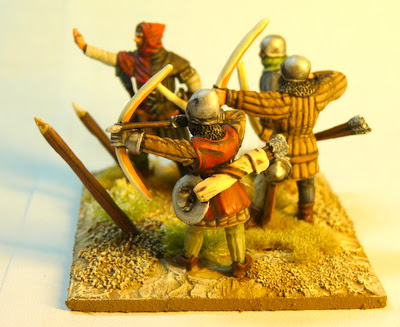 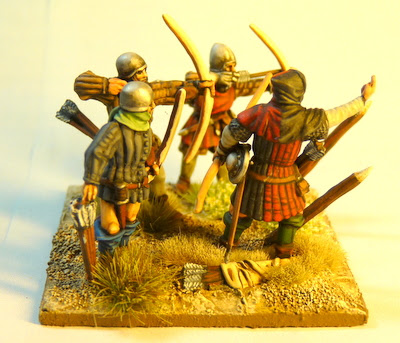 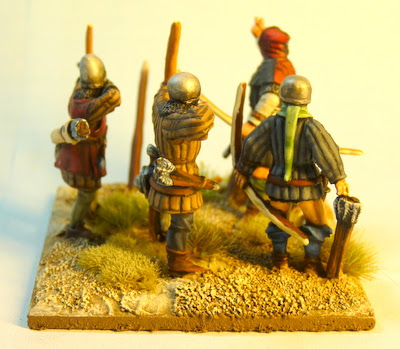 Next up.... some NWF Brits and then back to either the Sudan of the Battle of Verneuil (or maybe the Indian Mutiny/first War of Independence if I can find the correct size washers!)