Just a very quick post to say that, as I promised in my last post of the Unarmoured Early Byzantine Skutatoi Unit Complete I managed to find some time to take some close ups of the bases.

My preference for basing the miniatures in large units to have a degree of synergy and interaction between figures goes back quite a while to when the Perry twins first produced their Agincourt to Orleans range in metal. The sculpts in that particular range were so dynamic, so suspenseful so full of life they just screamed out "vignette style basing" to me. To help illustrate my point, here are a few quick pictures taken by David Imrie (Saxon Dog to many) of the Perry HYW stuff completed many a moon ago: 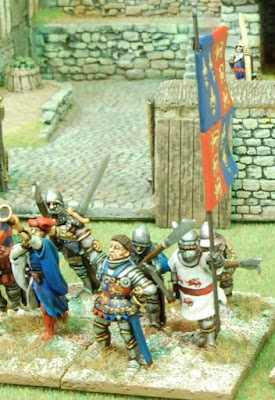 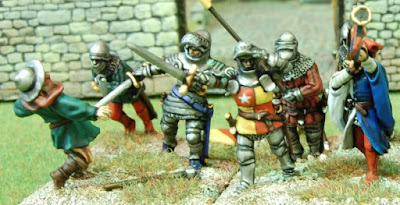 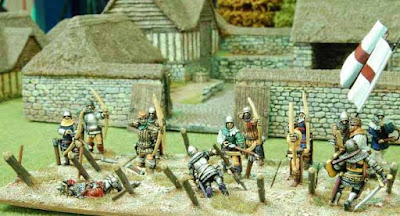 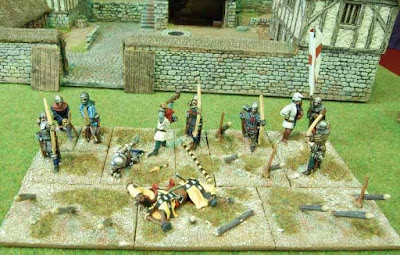 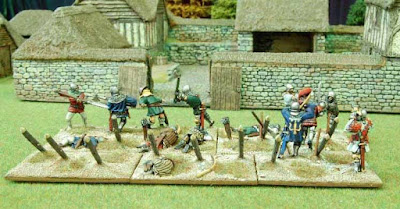 I have tried to achieve something similar with my Aventine Miniatures Early Byzantines; but in a more uniform manner. I think the more regimented look of the units just says Eastern Roman/Byzantine discipline a little more then the "all out scrum" look of my HYW English. With the Byzantines I have made an effort to try to get the Command Models to look as though there is a high degree of interaction and a sense of suspense whilst the rank and file are either, depending on the units, standing their ground, fighting or, in some cases, just milling around waiting for action. 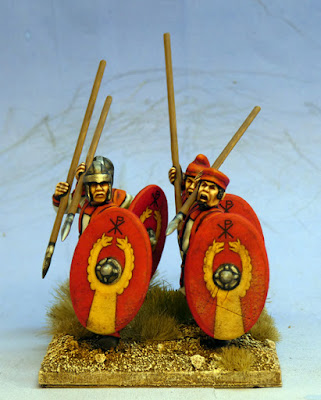 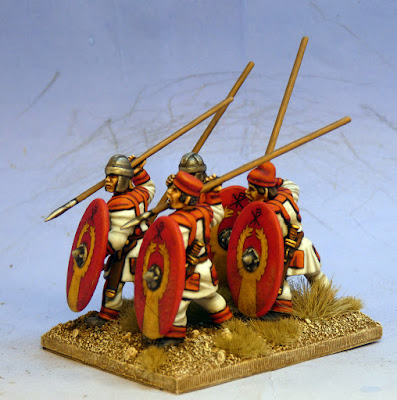 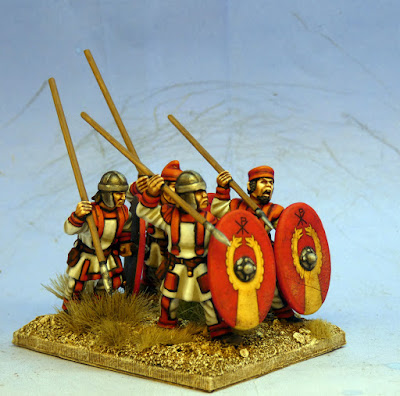 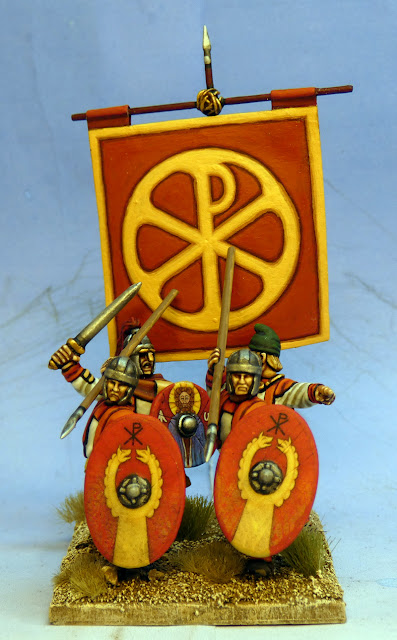 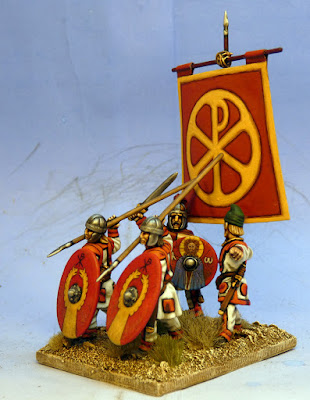 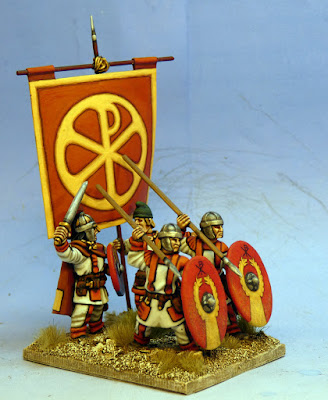 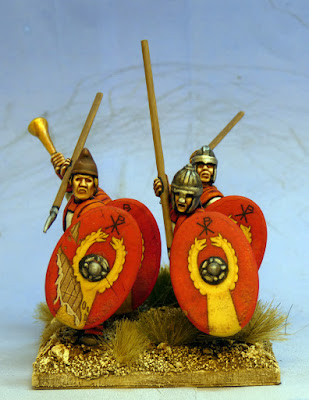 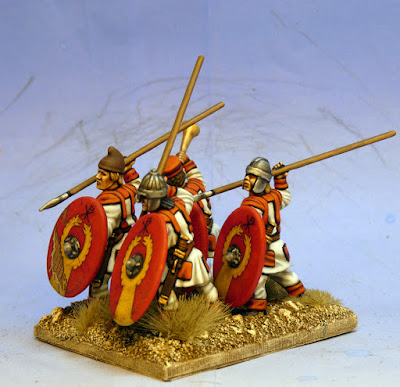 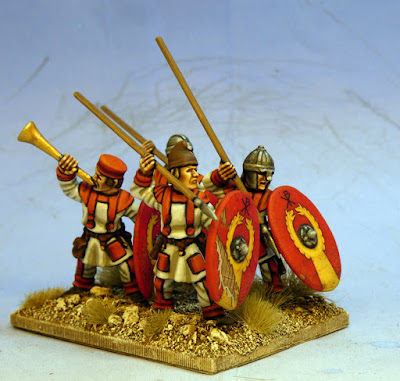 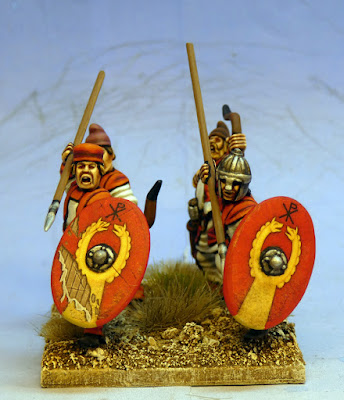 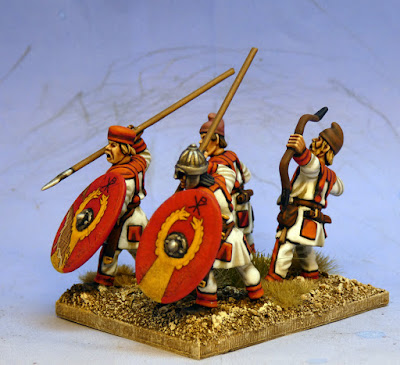 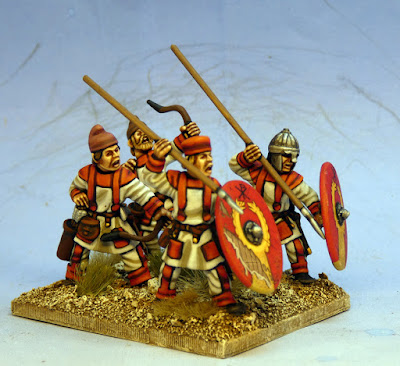 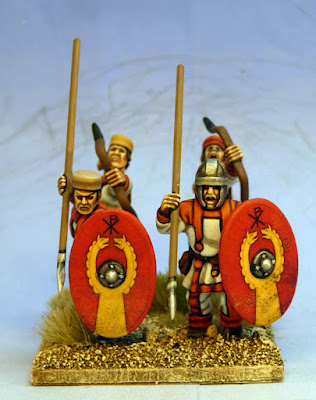 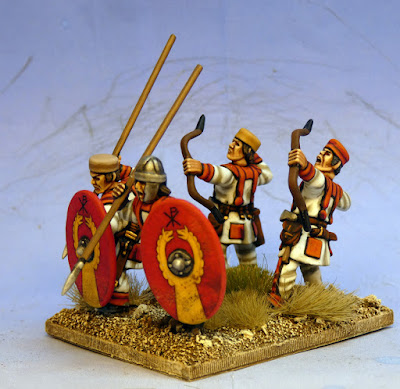 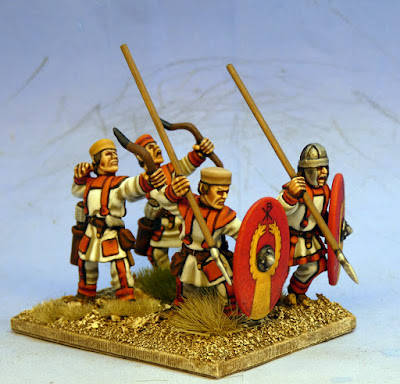 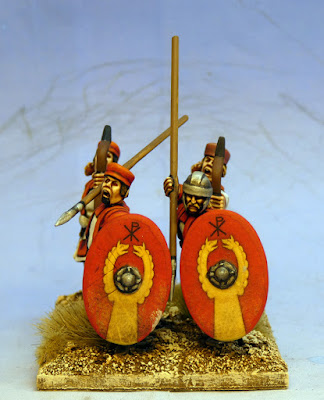 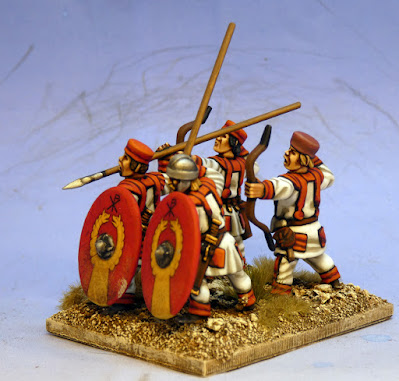 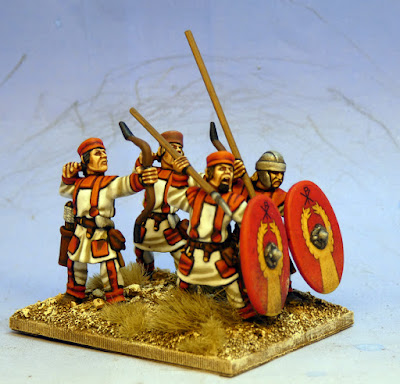