As a continuation of my Second Anglo Afghan War project and in between working on my Byzantines I have been doing a bit of work every now and again on this Malalai of Maiwand Vignette. I think it will serve on the table top either as an Command base or a nice jump off point if using Sharp Practice. I have working on ideas for adding amendments to Kevin Calder's excellent set of rules for the Sudan, Up the Nile. I really like the 'boys own' mechanics of Up the Nile; they have the added bonus of being a great set of rules for playing solo! Something I might be doing a lot of under the current circumstances once I finally get my table set up.

For those not familiar with the story of Malalai. According to the sources she is famous for upon seeing the reluctance of the tribesmen to close with the British at The Battle of Maiwand July 27 1880 she unveiled herself, exposing herself and by doing so was able to "shame" and to rally the tribesmen  to the point that they were to return to the fray. When the banner bearer of the tribesmen at Maiwand was killed she is said to have picked up the banner and gone forward into the heat of battle where she was killed. The Pashtun poet Ajmal Khattak wrote the following words:

"My Malalai is living, and they praise others' beauty. Though they have eyes, they are blind." 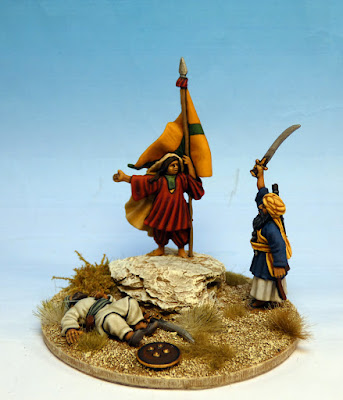 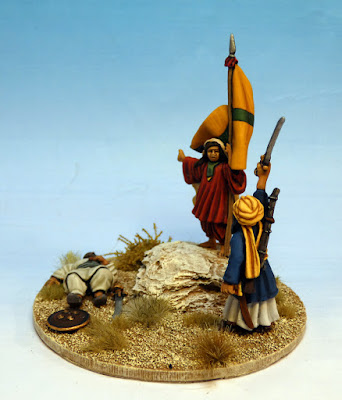 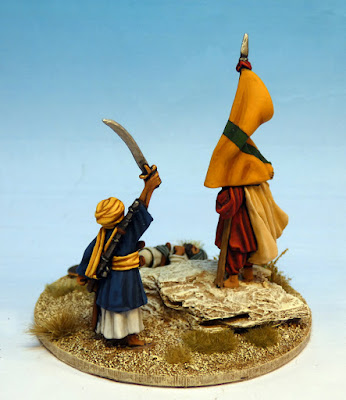 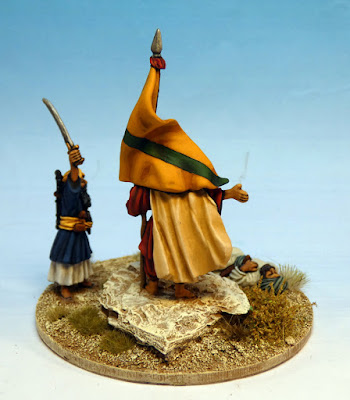 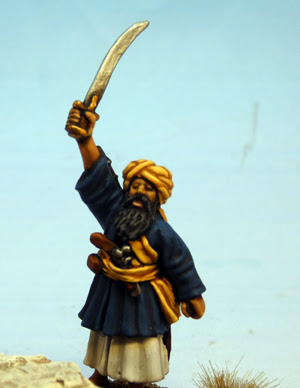 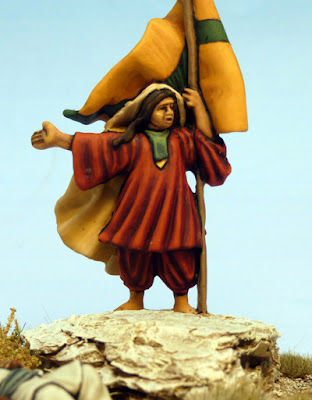 Just a quickie this morning! I have finished the brushwork and varnishing of the first eight miniatures, which amounts to one and a half ran... 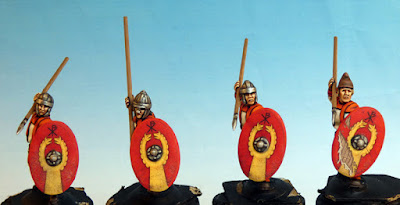