I've been working on a couple of projects this weekend. I tried to replicate the same results I managed to get when I 'speed painting' the Perry 28mm Beja for the Sudan in 15 mil on some Blue Moon 15mm Sudan 'Dervish' models I have have owned for a good while now, more out of curiosity then a serious attempt at a project and the results were not good! The Blue moon miniatures are fine and it and the bad results were very much down to method rather then the quality of the miniatures. After a bit of thought t was obvious as to why the mini's had turned out to appear so 'smudged' when finished; I had not allowed for a greater variation in tone on the layers which is essential when painting 15mm miniatures. Though, to not be too hard on myself, I haven't painted anything smaller then 28mm for well over five years so kind of forgot one of my own golden rules!

I did manage to finish off the gloss and matt varnishing on some Perry Miniatures Afghan Tribesmen from their Victoria's Little Wars range which had been sitting on the shelf for a few days as well as get in another session of another batch of 12 'speed painted' Beja (which I'll post up as soon as they have had a lick of varnish).

The Second Anglo Afghan Wars Tribesmen below are what I can only really describe as painted at 'medium pace' (for those not familiar with cricketing terminology please refer to the Quora article HERE) . I had initially wanted to 'speed paint' them in the same manner as I had done with the Beja but after a couple of test pieces I it was soon obvious that taking into account that these miniatures are marked for a 'special project' (I will divulge more when the time comes) they just weren't going to be up to the mark. So, instead of the one to two sessions they took about three, possibly four to complete. They are by far nowhere near the highest standard manageable by your truly but they are of a good enough quality to grace the wargames table which is what I was looking for (albeit a bit quicker!) 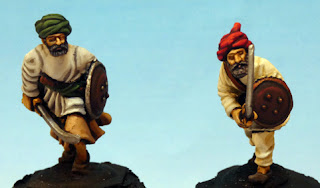 Chieftain and Standard Bearer:
(Standard to be added later when the Perry Plastics arrive!) 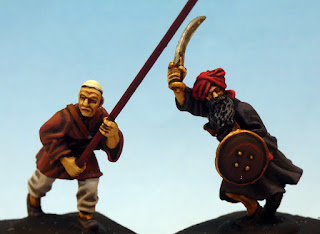 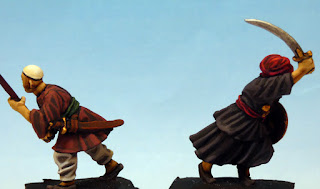 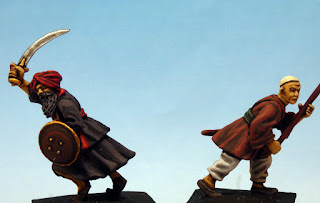 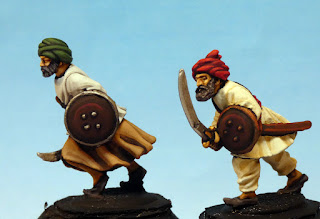 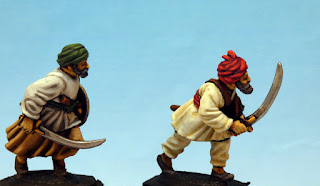 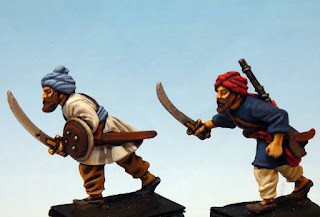 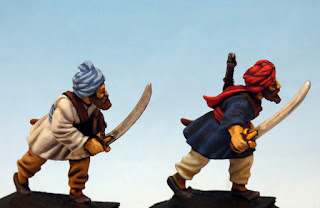 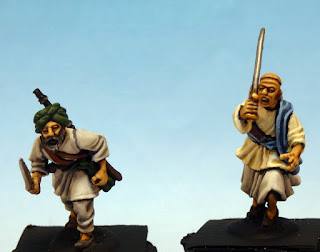 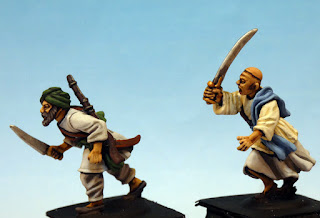 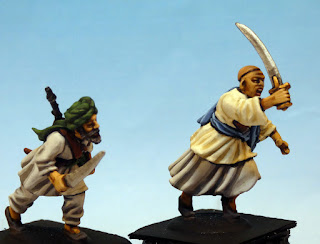 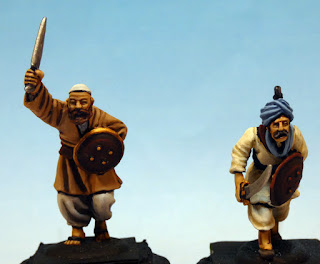 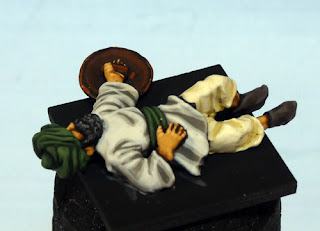 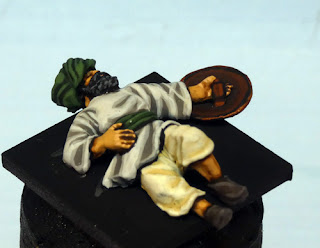 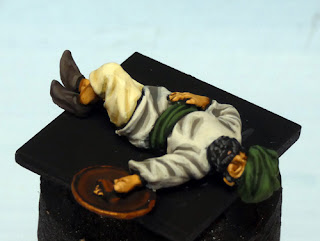