Yesterday I managed to get some time set aside to work on the next set of twelve speed painted Beja. As things stand today there are a mere five to show as the other seven were metals and needed a gloss coat before matting down as metal miniatures are much more prone to the paint chipping. All twelve were painted in one long sitting, which was probably about six or seven hours in total. I have not added the varnishing (and when the time comes; basing) to this equation as both tend to be done in short bursts.
A Couple of Examples at the Approximate Size of the Miniatures: 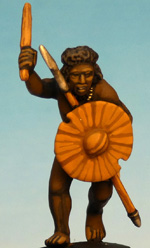 The basic premise of the first miniature was the image derived from the box of the Perry Miniatures, Plastic Mahdist Ansar where the Beja rifleman is running along carrying the rifle. I had the idea of chopping away the rifle and adding one of the sword in scabbard resting on shoulder parts so it would give the impression that the sword was about to be drawn. This proved to be much more fiddly then I had anticipated and involved the sacrifice of quite a few hands, swords and scabbards!! In the end I just pinned the parts together and added plenty of Polystyrene Cement as this tends to cover a multitude of sins. The miniatures right hand still sits a little awkwardly on the arm but over all I'm happy with it.

The second kit bash was much easier but still involved pinning the throwing stick and the spear with fine wire before gluing. The shield in the mini's felt hand helps cover the slightly angular manner in which the spear rested.

As I indicated earlier there are another seven mini's to make up the batch of 12 which will be matted down tonight (and possibly the next evening too if I miss any spots) to make up the 12. So, hopefully by tomorrow evening the batch should be complete and based up. 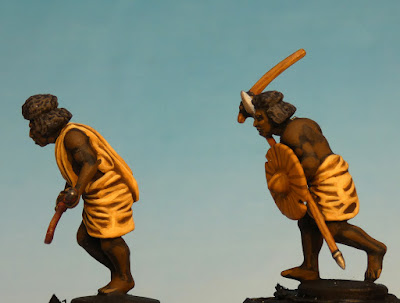 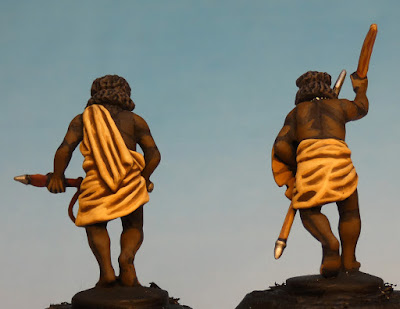 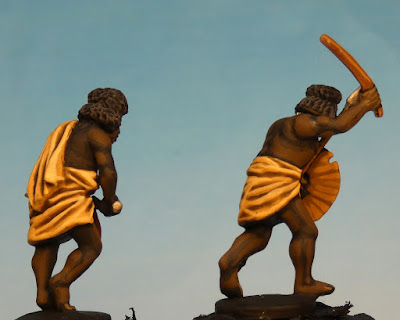 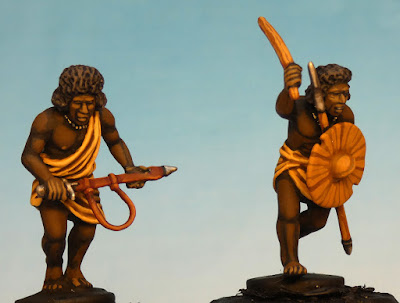 Not so Kit Bashed Beja!: