Swiss Pike and (sort of) Stradiots 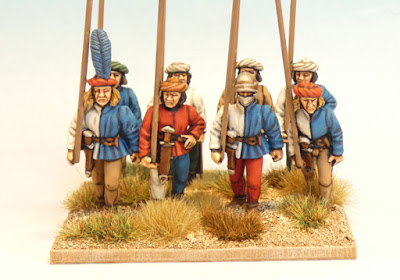 It has been a bit of an odd week. First, two posts in one day; I am not sure if I can remember that ever happening before. Second, I have been cleaning up some Perry European Armies  metals for my Italian Wars, Battle of Fornovo 1495 project. There were some spectacularly difficult lumps of metal on some of the miniatures and I am not talking flash or run offs here, which are both a good thing. I am talking chunks of the mould missing that creates ungodly lumps on the miniatures that are extremely laborious not to mention dangerous to remove, that is, without taking a digit off! I know, I have come very close to suffering this fate before. Definitely chunks of mould missing. I bought quite a few packs when the EU codes were first released and compared to the packs that arrived sometime in December of last year there is s huge difference in the quality of the castings. I realise that I am treading on hallowed ground here.....

I did manage to get the eight Swiss from a former post matted down after a long wait for the Gloss varnish to go off. 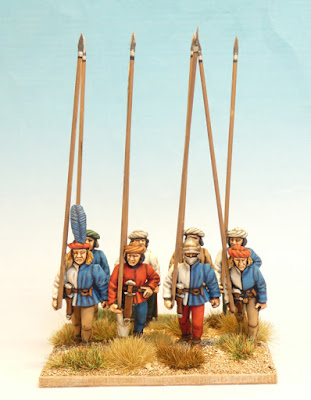 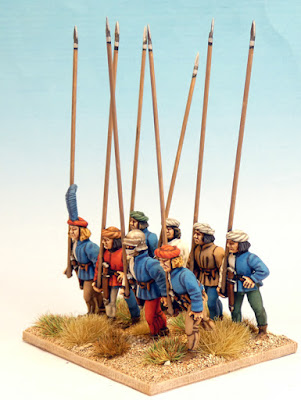 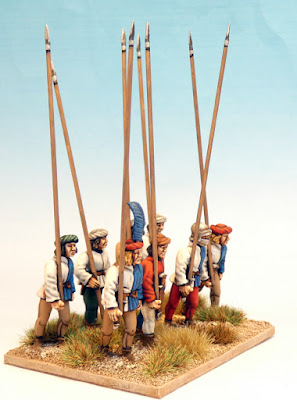 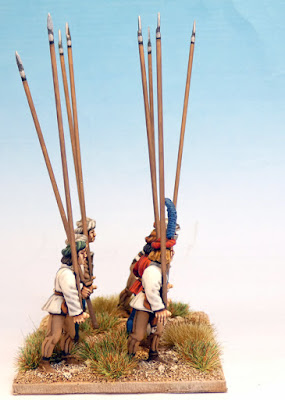 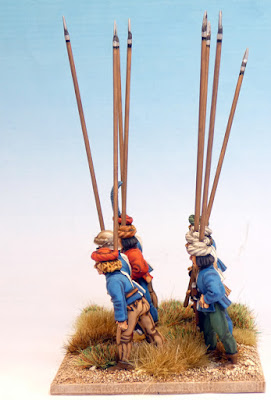 Anyway, enough of my whinging. I chose an all metal Swiss Bike Block of a total of 64 miniatures per block. That's quite a few to clean up so I really ought to be happy that I managed to pull it off, but, there is always that nagging feeling that I have not done enough painting at the back of my mind. If you're interested in what I have decided, or not as the case may be, for the Livery colours of the Swiss at Fornovo then hop over to this blog post for a brief discussion HERE. I have mixed in some of the beautiful Steel Fist, Swiss Front Rankers, some with the variations supplied and some applied to Perry Plastic European Mercenaries bodies. no pics as they are awaiting to be cleaned up with a bit of soap and water as I had to use some ProCreate putty to fill in a few of the gaps. I'll photo them as they are painted.

I also managed to complete four horses for the Stradiot Light Cavalry with three more including their riders in various stages of painting and varnishing.

The horses have been speed painted (i.e. at least fast for me!) and are not of the same quality as my Early Byzantines but hey, I have to get this lot painted before I pop off this mortal coil and this really is the only way! :>) To give you some idea of the speed, all eight Swiss were completed in one sitting last Sunday so I'm not sure in terms of hours as I was not counting. next time I will take note of the painting times. 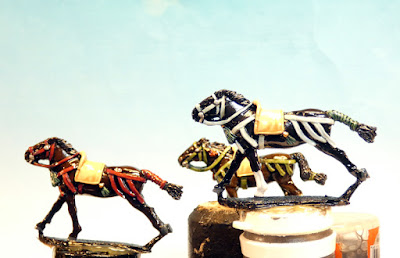