It took more time than I would have liked to complete this batch (the old Black Dog persisting) but here's the second rank of the Select Fyrd to go with fifth Anglo Danish unit. The first two ranks of Huscarls can be seen HERE and HERE.

This army has been a bit of a labour of love. It must be way over a year, perhaps two since I started to put the thing together! Anglo Danes are an army that I have always wanted to put together with the requisite attention they deserves. It took more time than I would have liked but here's the second rank of the Select Fyrd to go with fifth Anglo Danish unit- the first two ranks of Huscarls can be seen HERE and HERE

Anglo Danes are an army I have long wanted to put on the table going back to when I first faced off against John Glass's (RIP) Anglo Saxons in the heady days of Warhammer Ancient Battles at the Edinburgh club SESWC. Also many a game played at Warhammer World in the 1066 and All That Warhammer Ancient Battles campaign weekend, in particular Big Jim's Mercians, an army that gobbled up my Normans in short shrift! Great days that will always be remembered.

I have six more Select Fyrd mini's to finish n from the six miniatures here before I can start messing around with the composition of the unit. I have tried to make it so that my Anglo Danish units in particular look like they are fighting in a Shieldwall with a nod to some of much of the battle the imagery on the Bayeux Tapestry.

The keen eyed among you you will notice that there is a right old mix of manufacturers. Some very out of production Gripping Beast models going back to when Duncan and Colin were sculpting in Milliput, Gripping Beast models from the early 2000's, and more recent Soapy sculpts also from Gripping Beast. Added to these are Matthew Bickley and Bill Thornhill sculpts from Footsore Miniatures, Colin Patten sculpts from Saxon Miniatures (now sold by Warlord for £18 a pack I have been told!!). There is also a solid nod to Dave Andrews Anglo Danes as featured in the Warhammer Ancient Battles supplement, Shieldwall seen below. 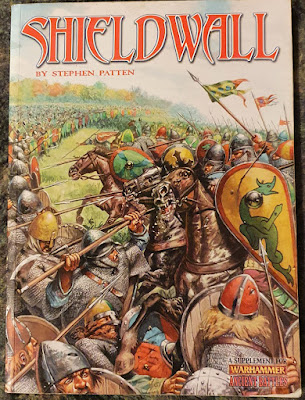 More on the rules I'm planning on using and why the miniatures are based the way they are when the unit had been put together. For no, here are the pics of the last six models completed. They are yet to be glossed and matted back down. 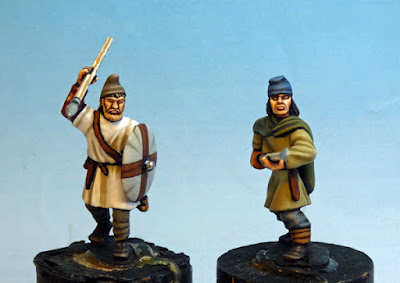 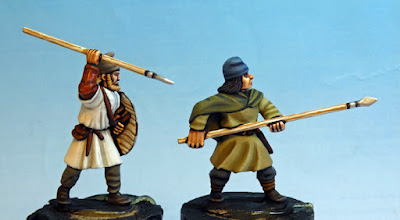 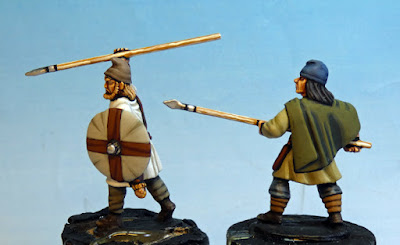 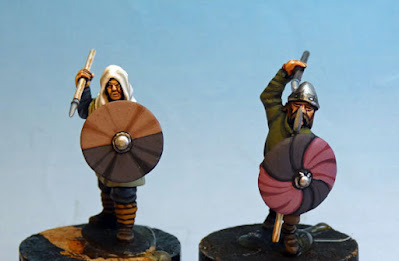 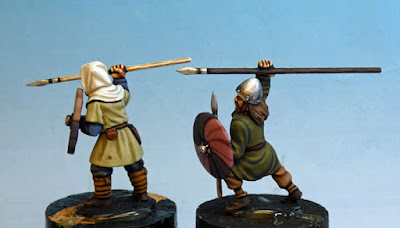 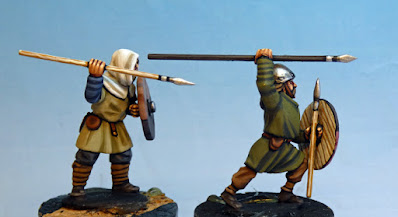 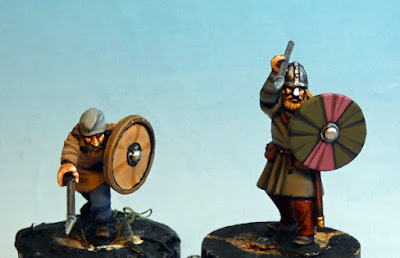 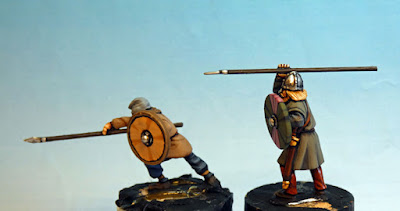 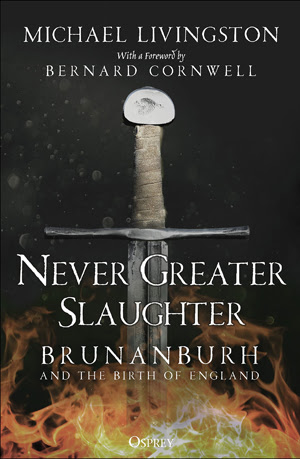 First off, a picture of Drummer James Roddick of the 92nd Highlanders defending Lieutenant Menzies at Kandahar, 1880, National Army Museum I...