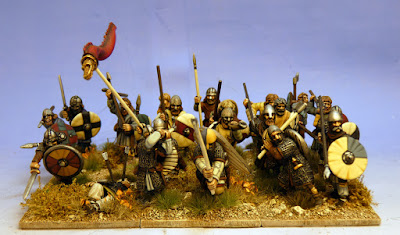 The second unit in my Anglo Danish army now complete. There was quite a bit of painful rebasing (that dumb superglue idea I has when originally basing reared it's ugly head again!) but mercifully I was able to fill in a few gaps by painting four or five extra miniatures which of course needed varnishing. There is usually quite a long delay from applying my first coat of gloss to the final matting down of the miniatures; this I will go into more detail in a post very soon as I feel that it is an important step often overlooked if using enamel gloss varnish prior to matt.

Over all I'm pleased with the way the unit has come out. Despite the vignette base with the downed Huscarl with his comrade protecting his body being a bit sparse, I think the unit has maintained the Shieldwall presence so essential to getting an Andlo Danish army to look right on the table top. The miniatures are crammed in on 40mm x 40mm bases which nowadays can be tricky, especially if you want the unit to keep a cohesive fighting stance and not just appear as a load of Early Medieval/Dark Ages mini's all standing upright holding their spears! Which is not what my idea of such an army would have appeared at all., so crammed in they stand!

The picture below shows the two units I have now completed (a third is on the way now) and gives aa nice approximation of what they will look like when lined up next to one another. If you would like to take a closer look the image is "clickable" like all the images on my blog:

A picture taken from just above eye level of the unit in Shieldwall: 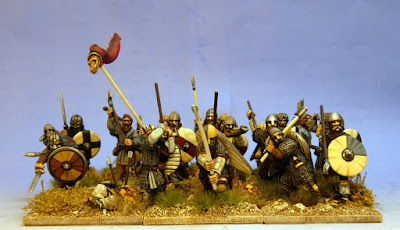 The rest of the pictures give a good 360 representation of the unit...... 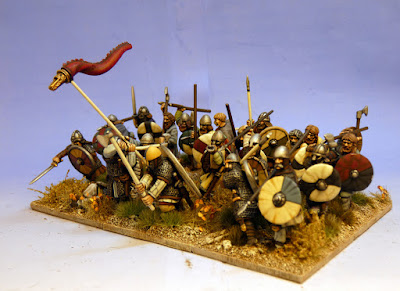 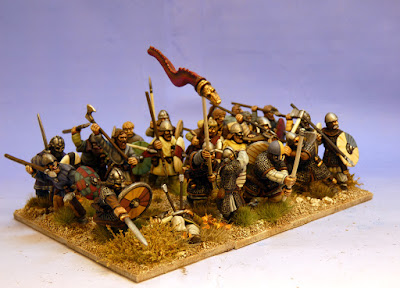 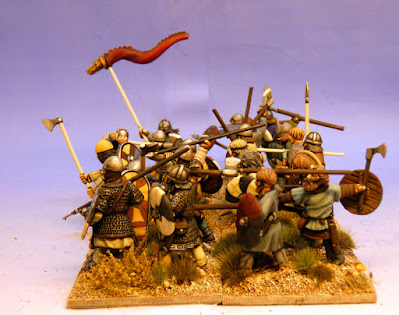 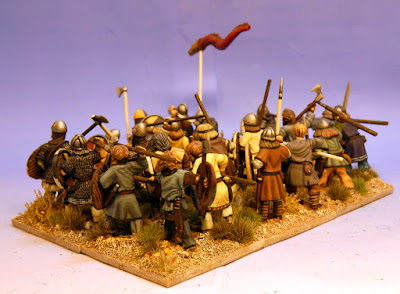 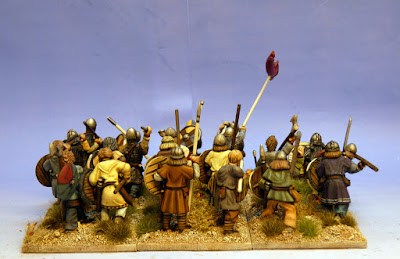 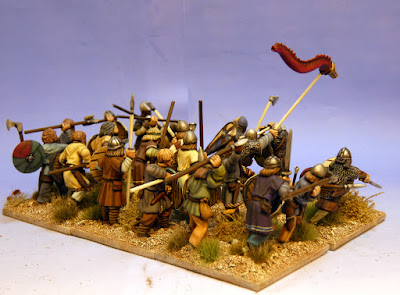 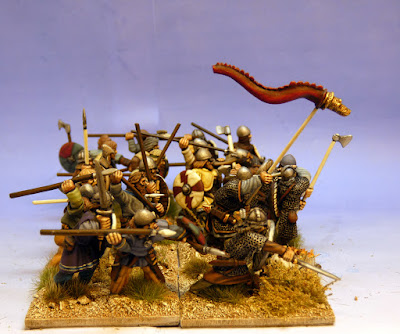