Another "bits and bobs" post with stuff painted and glossed from last week finished with a coat of Windsor and Newton matt varnish yesterday. It seems to have been a week of bits and pieces on the painting table and varnishing front. I've started cleaning up another unit of Aventine Miniatures Dismounted Bucellarri/Extra Heavy Infantry with more or less the same miniatures in one unit that I have already completed which can be seen HERE. I have added miniatures from the recently released packs which contain come clever conversions (beautifully sculpted by Adam of Aventine, not me!) to add a just a nice bit of variation.

I've been cleaning up some Gripping Beast Anglo Danes and Late Saxons. I think I am going to just after priming and undercoating (same with the Early Byzantines) as I'm taking part in the famous The Analogue Hobbies Painting Challenge starting on December 21st and it would be nice to have a few more units undercoated in advance. I've got three such units already prepared. For those who have not heard, The Analogue Painting Challenge is a yearly just for fun event starting on December 21st when one can start painting through too March. I've got a unit of Anglo Danish Huscarls and a few bits and bobs to go with them to keep me busy while I await the December 21st starting time! I can always add a few more prior the challenge starting proper if I get thus unit finished, which is very likely.

Onto the Anglo Danes!

This time we have Disorder/Disheartened/Cohesion (or lack of)/Disorder markers for use in most of the rulesets I will be playing once things are back to normal and we can all happily roll some dice together once more. Though I tend to multi-base, a decent amount of WAB is still played at our club and these will do nicely to mark off the casualties rather then remove individual bases. The markers have been a long time in the making as they have generally been hovering around on my desk for a while, a little painting here and a little there. Sometimes that can happen with smaller pieces. Perhaps I should think about doing them in batches- food for thought.

The markers were 'designed' with the following rules in mind. Swordpoint, Hail Caesar, To the Strongest, Dux Bellorum, WAB and a host of others.

There is not all that much I can add by way of words. I am confident that all the readers my blog will be very familiar with the concept of casualty markers!

I'm quite pleased with how the two markers have come out. The miniature is from Perry Miniatures Crusades range from their Casualty pack. The axe a spare from my bits box. I think it conveys nicely the idea of a Huscarl felled whilst attempting to strike another blow with his Daneaxe. 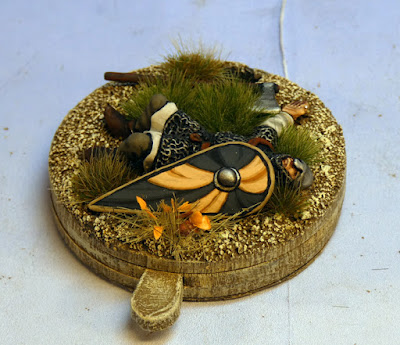 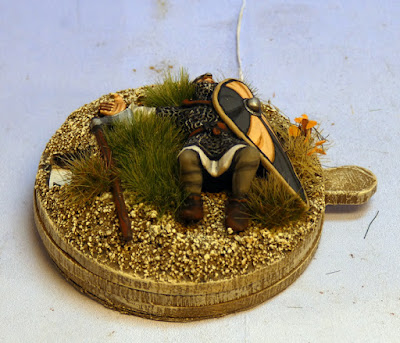 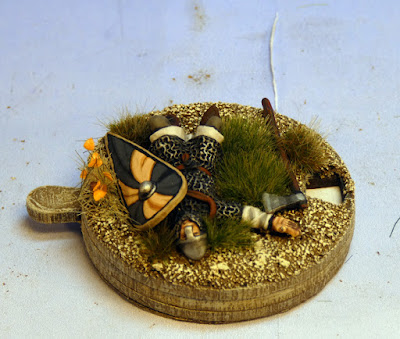 Marker 2 for Second Unit:
Another fellow warrior felled, this time with a blow mighty enough to remove his helmet, drop his spear and shield. 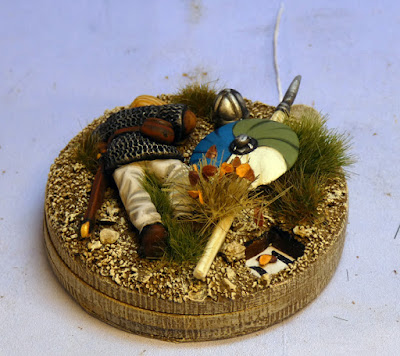 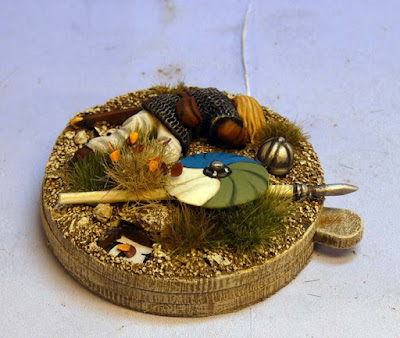 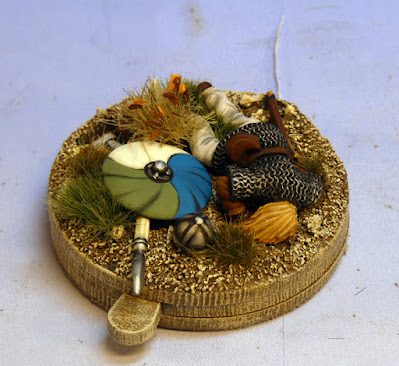 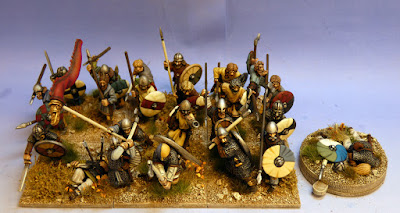 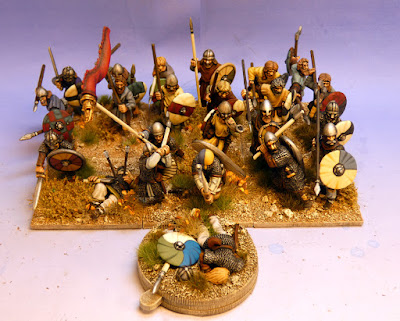 Second Unit and Marker (with Shieldwall Marker chucked in): 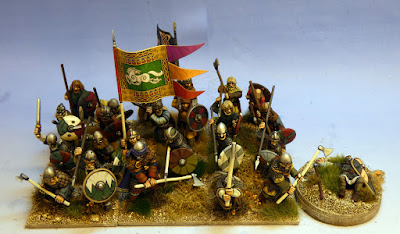 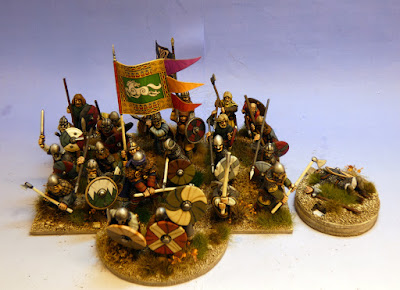