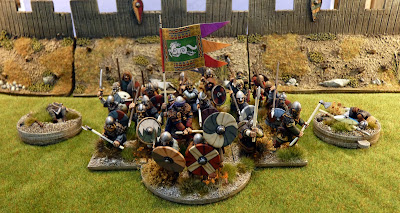 I could not resist. I have a 6' x 4' nice (sort of) solid table that needs setting up once the utter disarray that is my studio is erm........ tidied up! I just could not resist the temptation to set up some scenic shots of the Anglo Danish army thus far, hopefully get some understanding of what the army would look like arrayed in a well adorned game! Unfortunately I had to make do with an old GW playing cloth but I am lucky enough to have a bounty of the beautiful Grand Manner 'Dark Ages' resins which balance the poor surface out and act as a appropriate background/distraction. Talking of the Grand Manner resins; these were all bought in the days prior to GM choosing to sell their exquisitely crafted models pre painted. And yes, I am that anal that I painted in the crossbows, spears and the colours of the proto-heraldry on the shields! I will seek psychological intervention as soon as possible!

There is an absolute smorgasbord of different miniatures from out of production Milliput sculpted old Gripping Beast models to more contemporary Gripping Beast, Perry Miniatures, Wargames Foundry, Footsore and Saxon Miniatures (Warlord). There is even the 1066 and All That freebie from the WAB weekend many years ago; see if you can spot him- no prizes!

I will take some pictures of the whole army arrayed as it stands on the table just as soon as that is a possibility! 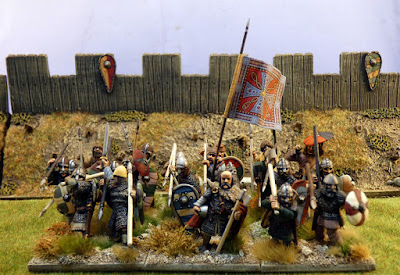 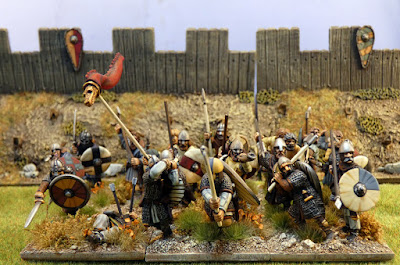 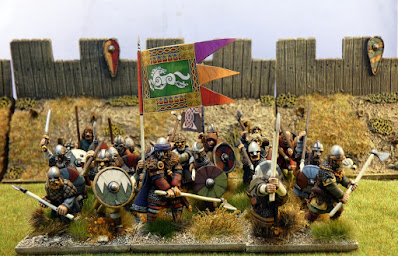 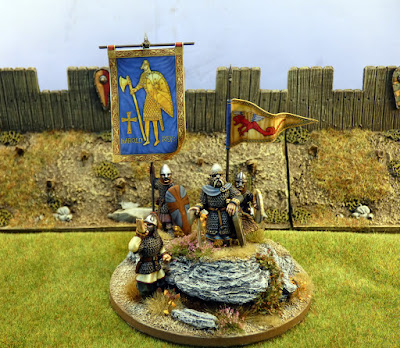 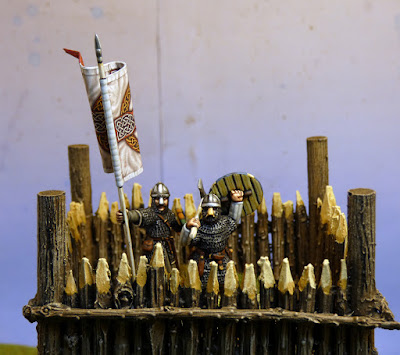 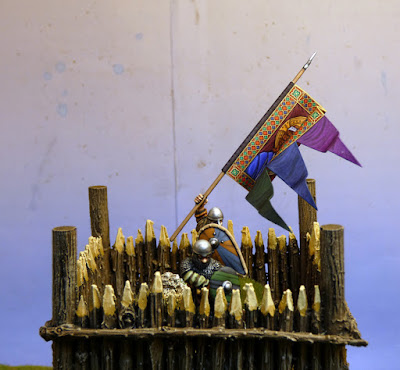