Back to the Crusades; Horse Caparisons

The putty work was started on this particular miniature well over five years ago and was only recently rediscovered after trawling through a pile of stuff in my bits box! How a mini with delicate putty work ended up in my bits box is a mystery to me. Perhaps I was very hasty in my flight from my previous property? ;>) [Joke]

As soon as I caught sight of the half caparisoned horse and the Perry Miniatures First Crusade Knights sitting in the box it all cam flooding back to me! The Hospitallers, unable to take the withering arrow directed at Richard I's lines finally breaking ranks and hurling themselves at their Muslim foes at Battle of Arsuf! That is what has initially inspired to do the conversions. Then came my four or five year hiatus away from wargaming and the project, neglected was put away- not very carefully I might add!

Regular readers of my blog will know that last November I had started an 11th Century Spanish Reconquista project with a view to putting it on Zalaka/Sagrajas at Partizan that year.  The plans like so many of us had, were scuppered by the arrival of Covid. The project was shelved, which was a real shame as my "Rule of Threes" had kept all my projects running, if not quite on target then at the very least with satisfying consistency. I've made the decision to resurrect the Arsuf project as I will be able to use all the Spanish Muslim units. Also with the new Victrix Normans on the near horizon (see bottom of page for the Victrix pictures) it was high time that I pulled out the putty again and started practising again. Granted, with the Perry Horses being metal the going is more difficult; there is quite a lot of filing which needs to be done to make way for the putty, especially on the head but if I can finish a unit of twelve in time for the Victrix releases I will hopefully have garnered enough skill to keep my enthusiasm on par.

The caparison is a little rough and ready but I am not going to let that put me off. Already the lessons passed on to me by John Morris of Mystic Spirals fame vie the Lead Adventure Forum have been reabsorbed. I have finished the modelling for the shoulder, back, loin and docks of the horse and now have to tackle the rather more fiddly head. I think I have achieved a reasonably smooth surface which is half the battle. I've made a couple of rudimentary mistakes, for example, the horses tail should technically be covered by the caparison but overall, I'm happy with my first serious attempts in five years. 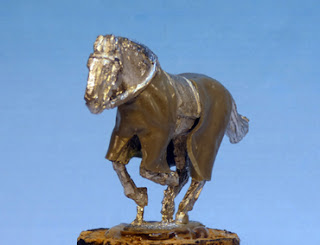 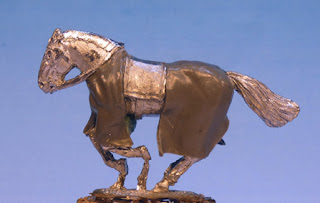 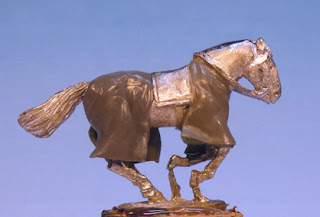 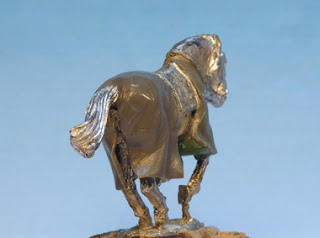 Here are the pictures of the Victrix plastics that will be on their way sometime early next year. They do look spectacular. I am looking forward to filing away at the plastic as opposed to the high grade metal the Perry's use. 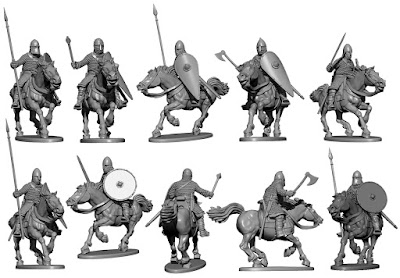 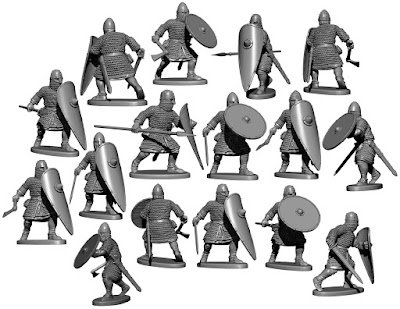