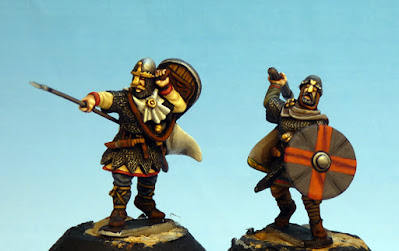 I just had to buy these Footsore Miniatures Matthew Bickley Anglo Danish sculpts just as soon as they were available. The sculpts are just so dynamic and full of life; they have the actual appearing as of in the maelstrom of melee. Matthew has the are ability of capturing movement/acts of violence like no other historical sculptor that I can think of, with the obvious exception the Perry's. He is right up there in my humble opinion.

They took a bit of time to make their way to the front of the painting queue as I have a "Rule of Three" which has served me well since I got back into the hobby in November 2019. If you are wondering just what on earth I mean by the "Rule of Three" it is quite elementary. In the past and for many a year, my wargaming projects were forever being superseded due to the ever present Wargamers Butterfly Syndrome, in extremis! I would start one project only to skip to another on a whim. On return from my near five year hiatus away from then hobby I realised that things had to change! If I was to get close to completing any given project then my methodology had to be adjusted. Thus the "Rule of Three" was born. The concept is simple. Do not prep more then three separate projects in one go and do not under any circumstances allow the prepped miniatures to encroach on more space than the space I have available one shelf. This has worked for me very well over the last year and I am definitely sticking to it. It has (of course) not prevented me from straying but if I do get distracted, I carefully put one of the projects out of sight place it in a file box, each mini wrapped in bubble wrap if they have been primed and/or undercoated. This way I have an actual clear visual (my one shelf) indication of just what I need to focus on. Oh, it has also saved me a lot of money!

While I have been waiting for this years Analogue Hobbies Painting Challenge to start I was feverishly beavering away at my fourth unit of Anglo Danes to add to my Swordpoint army. I floundered a little (real life) and did not manage to get more than sixteen miniatures completed leaving me with the very back ranks still to do. In case you have been counting, yeah, there are only eight presented here; the next batch of eight have been glossed and are patiently awaiting the matting down process.

Enough of my rambling..... all the images are as usual "clickable" 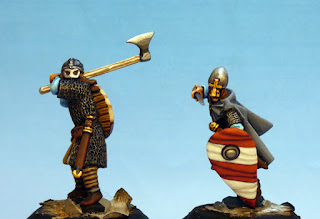 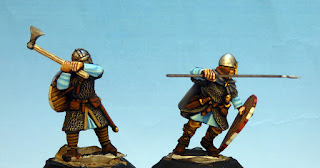 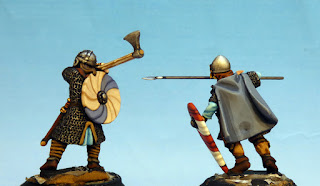 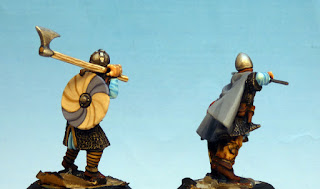 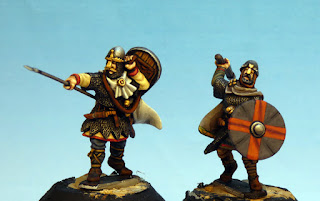 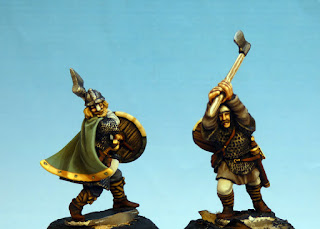 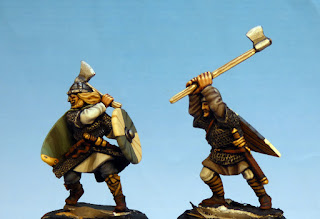 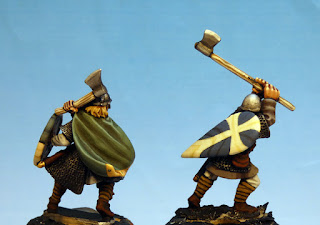 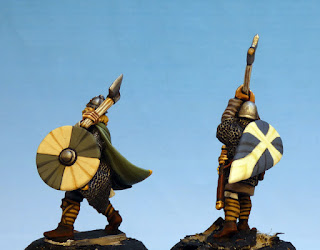 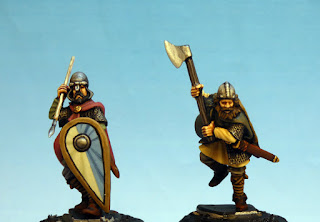 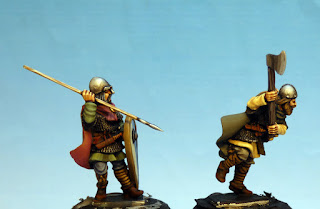 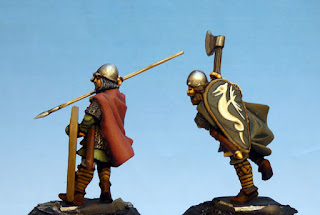 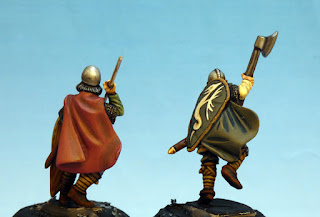 The second batch will be ready in a day or so. Finally, I will leave you with some 'life' sized pics of the mini's- if you click on them they ought to be approximately 32mm tall.....