Another set of eight Anglo Danish Huscarls and Fyrd complete for the fourth unit. Three more units to and 12 bases of skirmishers to go but they will be on hold for a while as I am going to be digging back into my Early Byzantines. It has been roughly eight days since they received a coat of gloss varnish and a couple since the first matt varnish layer was added. As is so easily done when spraying a matt varnish over that of a gloss it is easy to miss bits (which of course I did!) so had to wait another day to apply another coat. After a week of waiting to get them finished an extra day is a trifle really.
There is a good mix of miniatures ranging from (very) OOP Gripping Beast Patten brothers), more contemporary Gripping Beast Colin Patten and Soapy), Footsore Miniatures (Bill), Saxon Miniatures (Colin Patten) and finally Drabant. If any of the miniatures prior to painting seem like they are just not going to fit it was the Drabant miniatures. They have much larger proportions then the rest. I think the painting process provides some sort of homogeneity which binds the miniatures into a whole creating e believable unit.
If you scroll to the bottom of the page you will see a couple of images that show how the miniatures fit together on the 40mm x 40mm bases. I chose to go with the smaller size bases as opposed to my normal 40mm frontage and 50-60mm depth as I was looking to create that hunched together in a Shieldwall look. not unlike some of the sections of the Bayeux Tapestry.
Anglo Danish Command Figures: 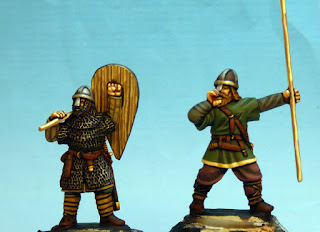 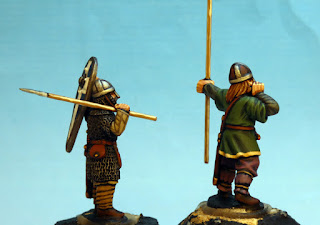 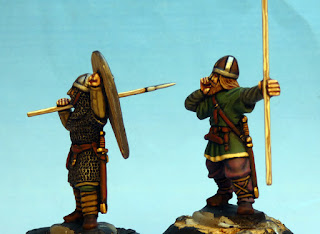 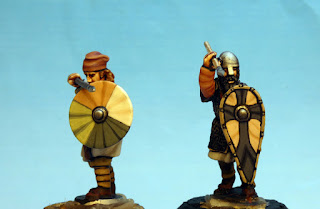 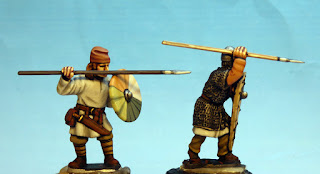 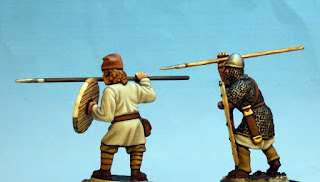 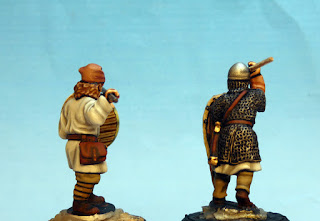 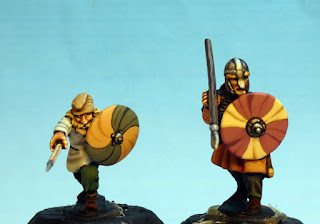 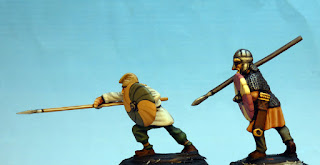 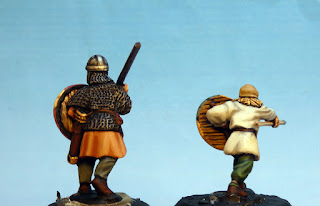 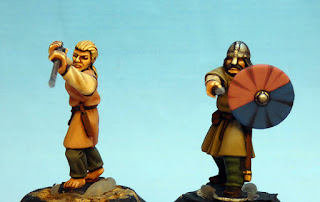 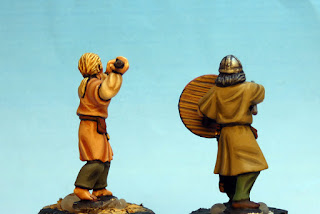 Mock Up of Unit:
I used to use superglue for this job but have been a grateful convert to being more patient and using PVA so I can better adjust any miniatures which look out of kilter with the rest of the unit. 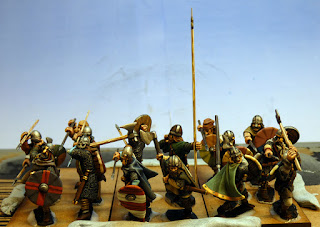 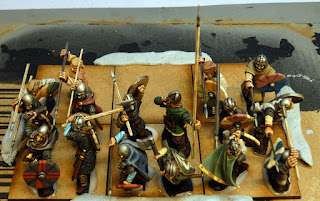