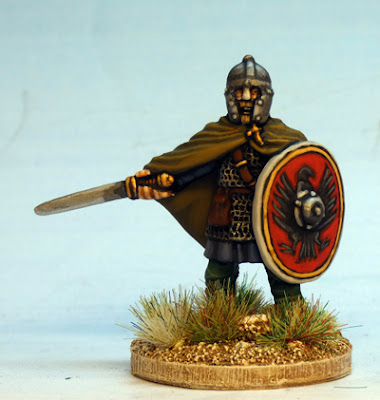 A few year back I started dropping in the odd post of some of my old Gripping Beast Arthurian models painted afresh. I've still got quite a few of the little fellows. Originally bought for a Twilight of Britannia WAB Age of Arthur army for a Campaign weekender at GWHQ many years back. In the end, due to time constraints, the army never reached fruition. In fact I think I got as far as one unit of cavalry prior to the event(!) so ended up borrowing a mates Irish army from the indomitable James Sweeney. I got wiped out with everyone I played at the event, something I like to blame on my mate whilst acknowledging the realisation that, actually, it was my distinct lack of tactical nous to blame! :>)
Arthurian, or to be more correct, Sub Roman wargaming as a wargaming time period has never really left me. Throughout my sojourn with all things toy soldiers. I am and have been for many years a great admirer of James Morris' Arthurian/Dark age armies which can be seen on James' blog, Mogseymakes. If you have an interest in the period you really must visit his notably inspiring blog.
Very little of the source material has not survived thus there is a great deal that we do not know about Sub Roman Britain. (This is surely one of the attractions(?). What is not to like with the array of mythical characters such as Arthur, up to the concretely historical, Penda the sense of romance that does not subside. Indeed, I find it hard to conjure up in my mind a period which compares for the sense of awe and wonder implicit in wargaming Sub Roman Britain. Although I recognise that anyone reading from outside the UK will have their own versions of a similar narrative.
I have over the years settled into doing the odd character for the period even though I still own a large Welsh and Saxon army that both still need to see some paint! One day, but not quite yet!
Who knows, when I have gathered enough of them together, they may yet be re-based (ouch!) to form a force for Swordpoint, WAB, Dux Britanniarum or Dux Bellorum. For now though, they remain a pleasant interlude and distraction in between projects.
With the mini below I thought /I would try something new on the shield and go with El Mercenario's shield painting technique. I am not sure it came out so well as El Mercenario's superb efforts but it is good enough. 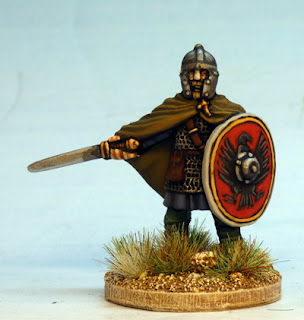 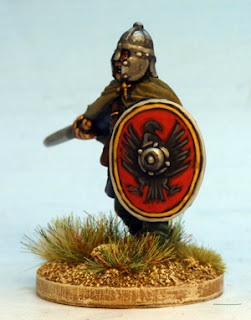 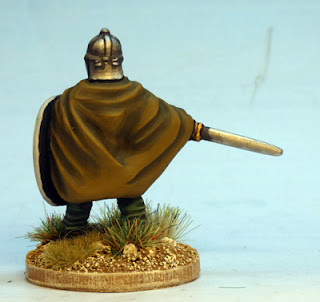 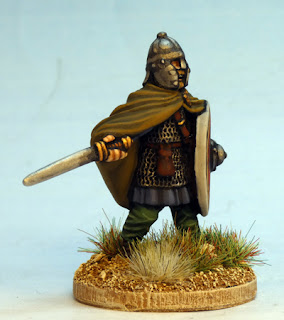 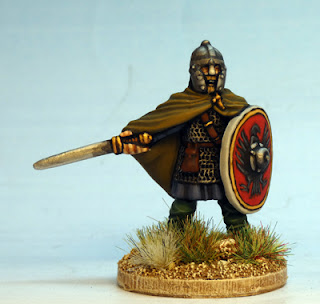 More my style of painting shields but with less layering 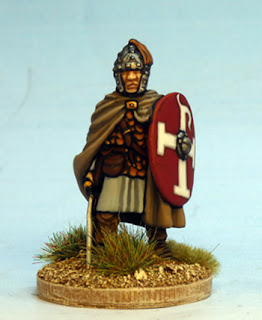 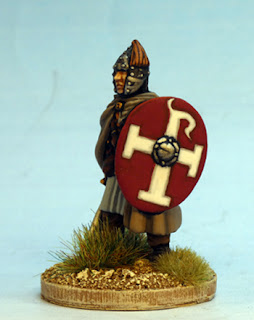 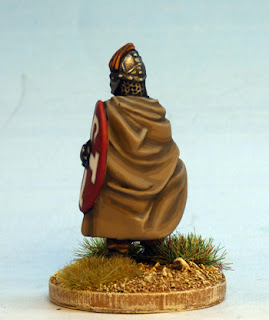 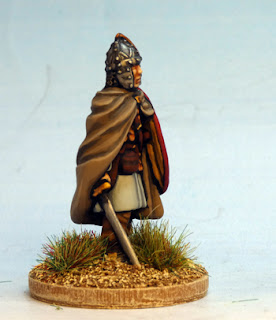 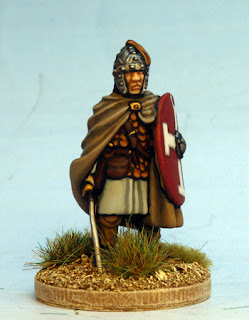 Happily not s shield in sight. I had a go at painting the eyes in on this guy - I don't think I did a good job and will be reverting to my myopic new style of leaving a VMC German Black Brown slit in place in future! 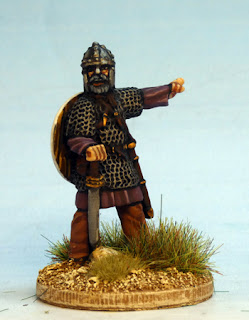 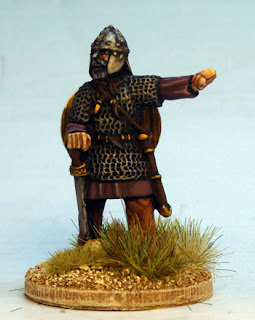 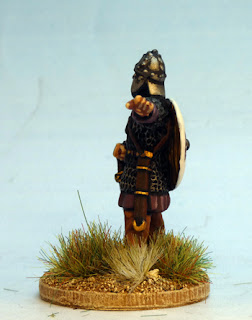 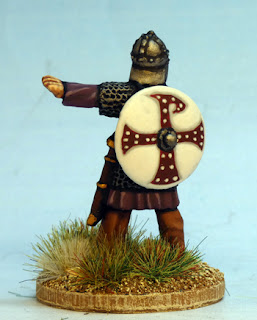 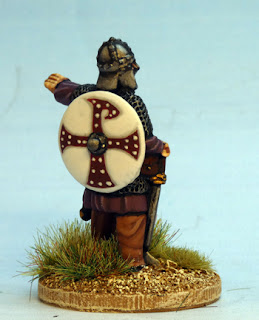 Long time readers of the blog will recognise these three characters from a former Arthurian Interlude. 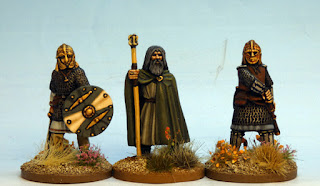