I finished these little fellows off this morning who will be acting as my command in the first unit of Arquebusiers. As I explained in a previous post the reason for building up this Spanish force is twofold, i/ to take part in the Swordpoint Medieval event in September and ii/ to build up units for Cerignola 1503  or perhaps even Bicocca 1522 using Furioso wargames rules as a display game. I am finding myself having to make some serious compromises with the army, as I understand the army of say Gonzalo de Cordoba's forces and how they would have operated. Swordpoint, which after reading through several times are well suited to Ancient, Early Medieval (so called Dark Ages and Feudal) but seem to fall flat when entering the era of gunpowder and the Italian Wars. Maybe it is just down to the general nature of the Medieval army lists? The lists do not at all reflect how the Spanish Colunela's fought during the wars. Maybe this will change with a supplement in the future(?) but for now I'm left with a hodgepodge of a list with large units of Arquebusiers; six bases compared to eight to twelve of pike! Including two twelve base pike units, which would feel about right, would eat up much of the points for the army! According to the lists you cannot combine the Roderleros or Arquebusiers with the pike blocks, which for me takes away the whole ethos of just how the Spanish fought in Italy having learned much after the hastily fought  the Battle of Seminara 1503. Still, I'm not really one for overly competitive games so even if I leave holding the wooden spoon I will be happy having at long last actually rolled some dice in anger.

I have designed the basing so that the units can be used with a variety of rules as my days of rebasing armies are absolutely over with.

That is the first unit finished but it will be a while before the miniatures are based as they have all been varnished at different times which leaves me with another varnishing queue. 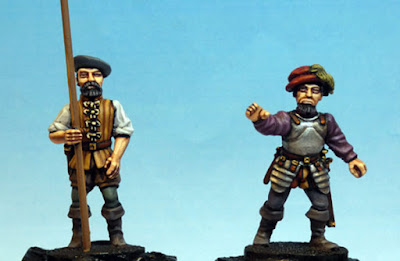 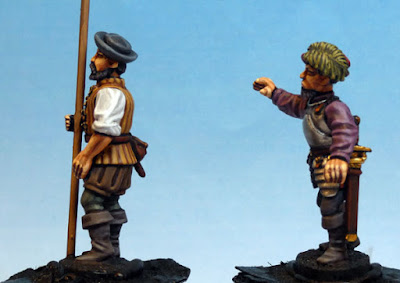 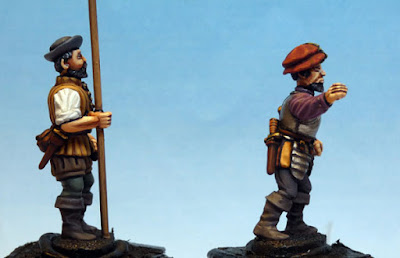 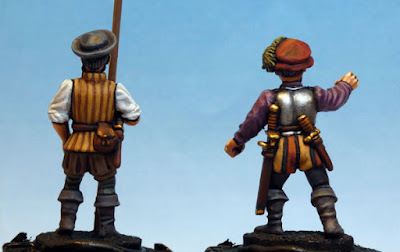 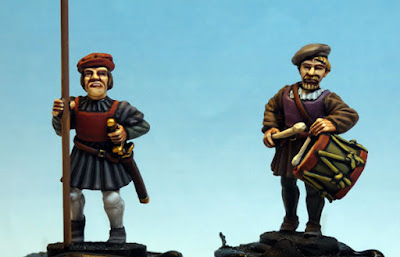 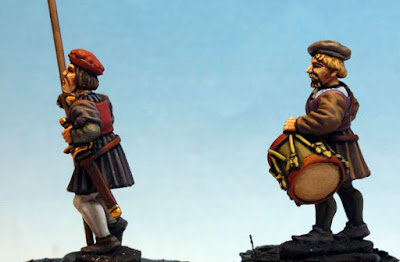 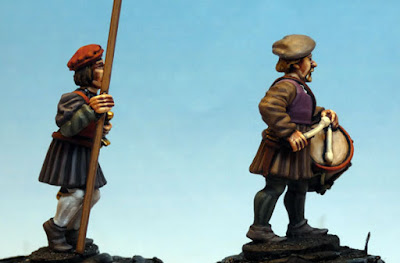 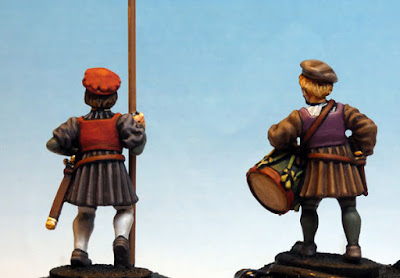