Beja Base Two Complete.... Another Four to Go!!

It took a little more time than I had imagined (birthday celebrations getting in the way) but I'm happy to say that the second Beja base has been completed. I'm still messing around with the composition, which one reason the miniatures are only blue-tacked onto the bases, another is that they haven't received their traditional coat of Humbrol gloss followed by the matting down process. I use HMG varnish for matting down. If one was to take the 'old' Dullcote recipe out of the equation then HMG is about the flattest Matt varnish available. I find the 'new' Dullcote recipe to leave a satin sheen which I really do not like one bit. So, HMG Matt varnish comes highly recommended form these quarters!

The second lot were all metal (from the Perry Miniatures Mahdist range) and were very different than their plastic companions to paint. I found them easier to get into for some funny reason and I'm sure that it's not just a case of getting used to the different undercuts etc that are presented by plastics. Perhaps it's just a matter of me getting more used to painting up plastic models. Something that I quite enjoy, they are after all a bit of a different challenge than the metal models.

Here's a few pics of the Beja as they were a few minutes ago on the painting table. The varnishing process will help smooth out any jumps in tonality just as a wash would do. 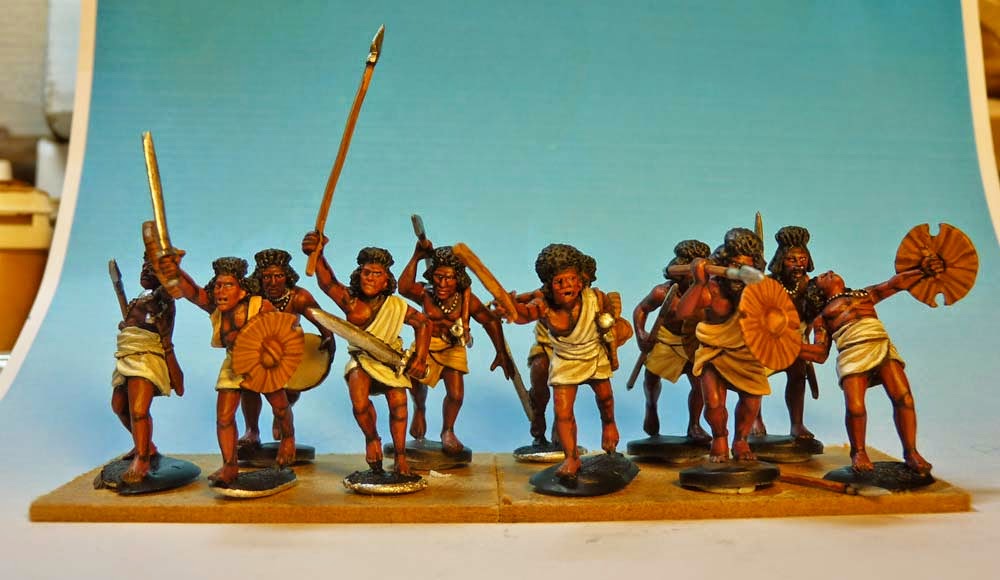 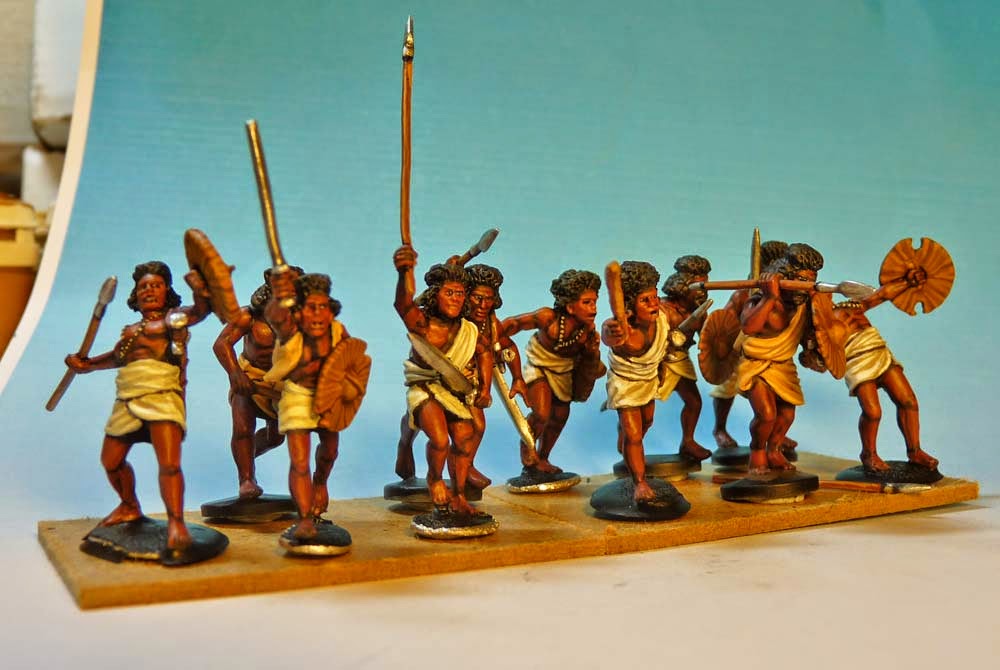 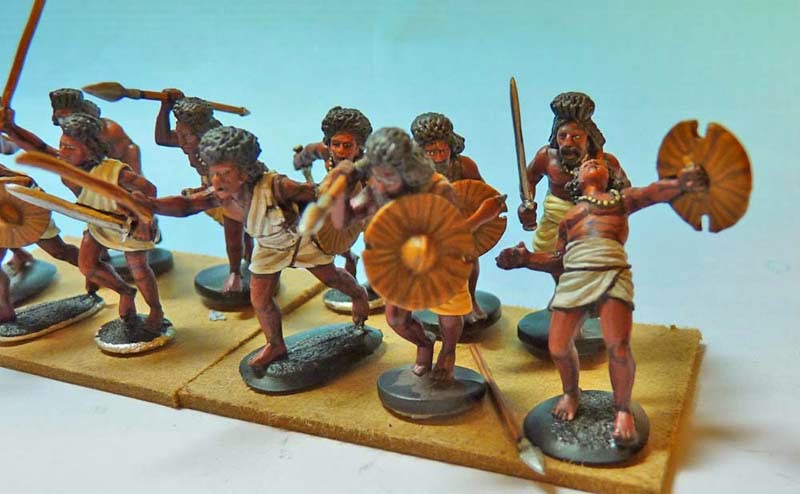 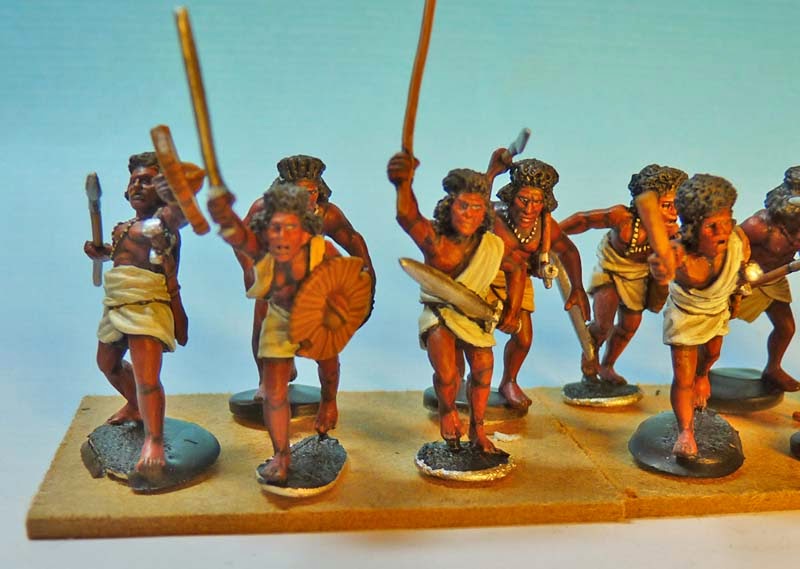