First Base of Beja Complete!


Well, not quite the first base. I've got another six metal Beja which I'm starting to paint up right now that will me mixed and matched with the first and possibly the third plastic base. I find that many of the plastic mini's have a similar stance in that they all seem to be leaning forward a little so it's imperative for me to have more variation in the units, thus adding the metals.

I'm quite pleased with how they're come out given that this was a run through to see how what was possible and that a certain amount of detail had to be added by hand.

I sent for a reddish skin tone on the first unit as the colour of the skin tones in and around the Red Sea Littoral could vary from tribe to tribe (within tribes too one would imagine). I may try a darker tone next time but as I have 30-36 of this batch to do I'll worry about that later! The mini's haven't been varnished as of yet as I prefer to do them in batches of about ten. Saves quite a bit of time.

At present, the miniatures have no concrete spot on the base so I can play around with the composition more when I've got the metals painted up and come up with a more dynamic scene.

Without further ado, here's the 'first' base: 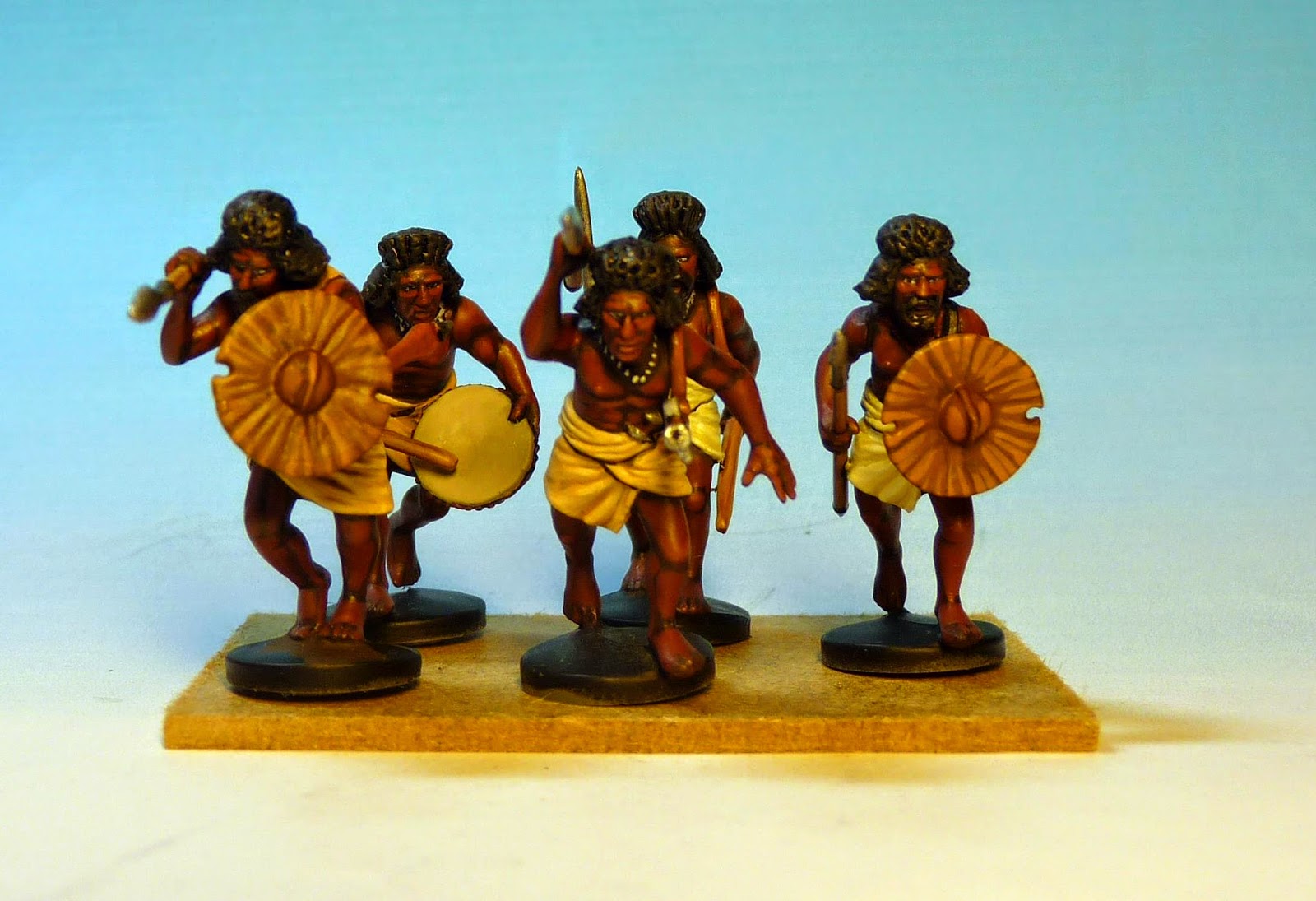 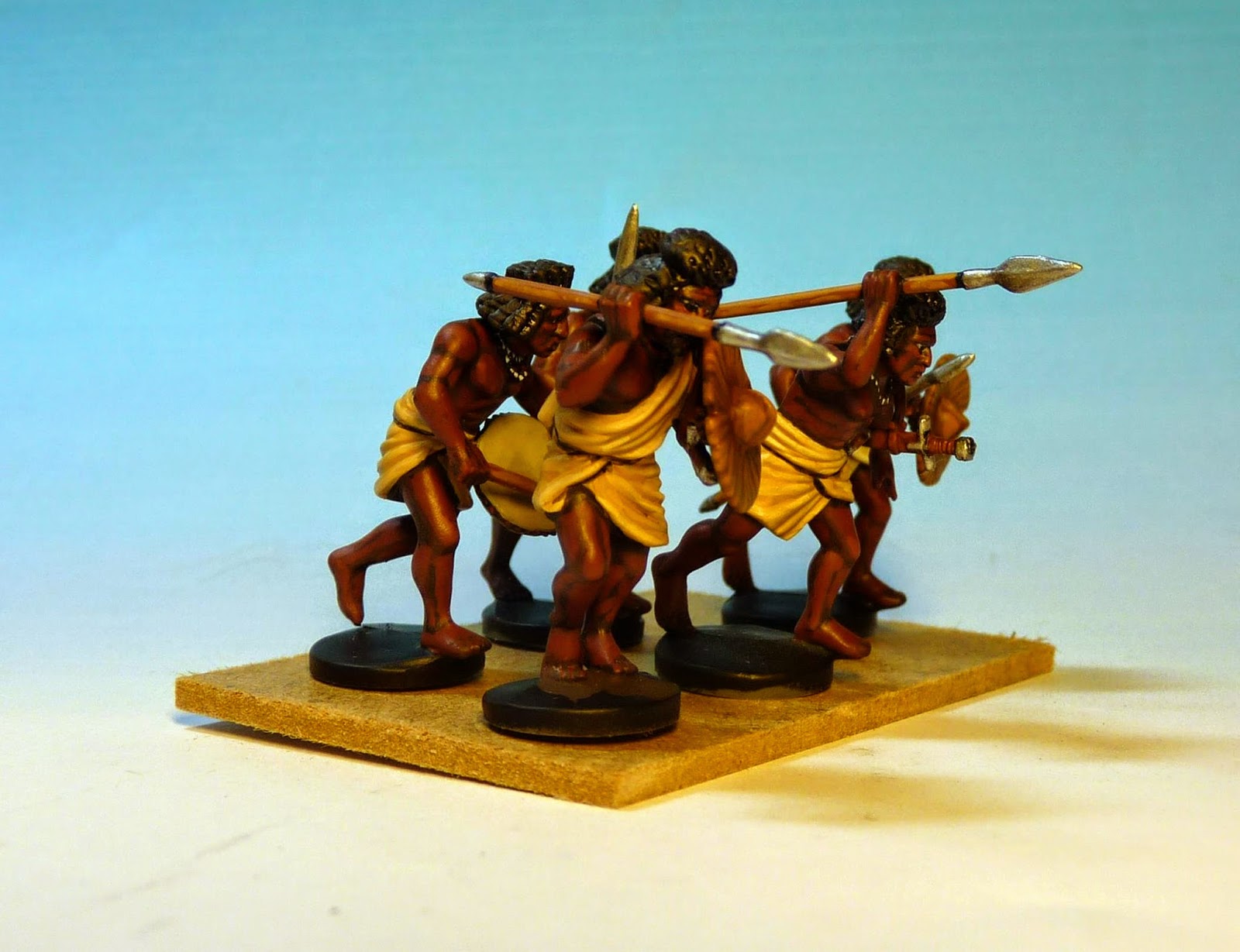 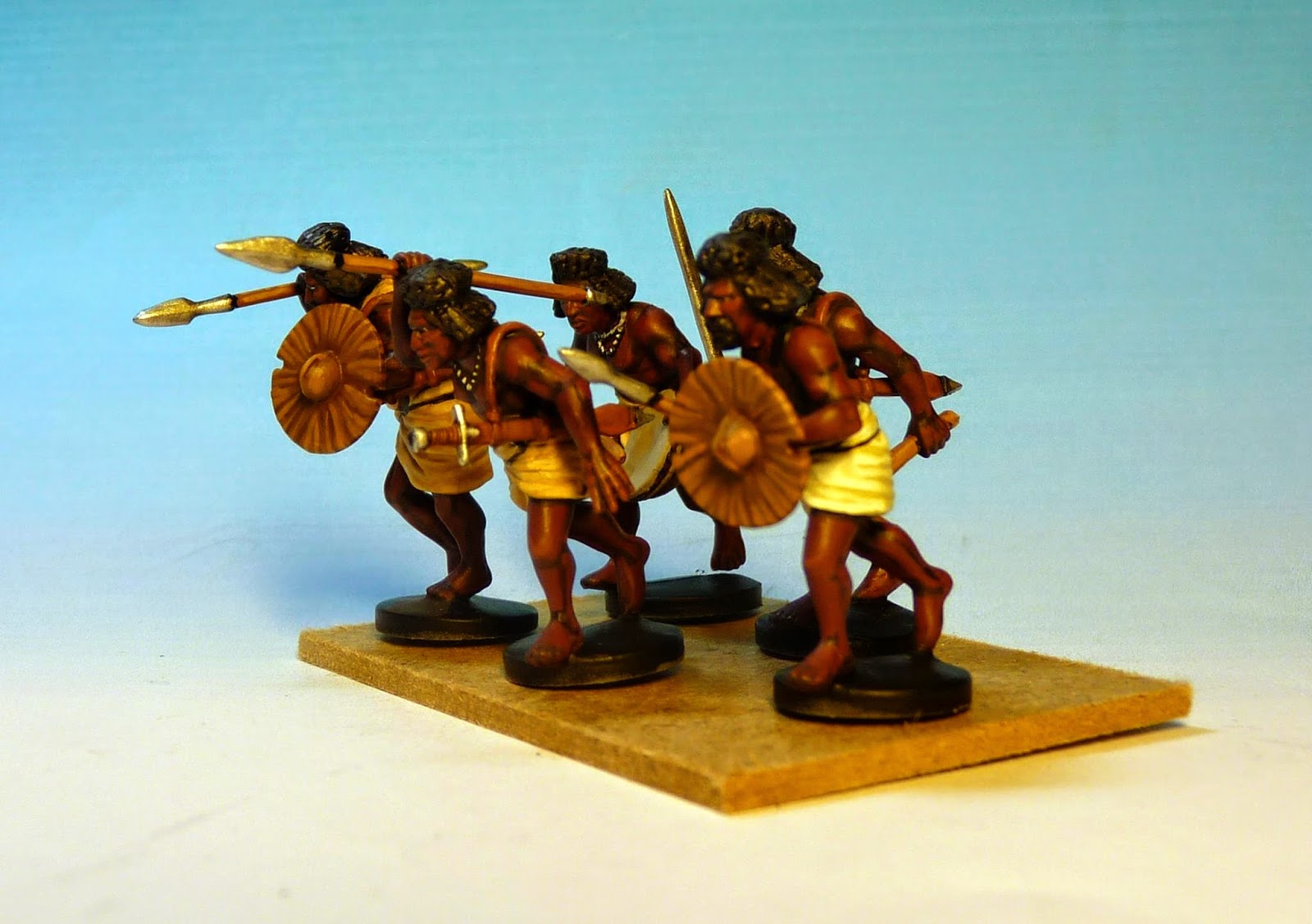 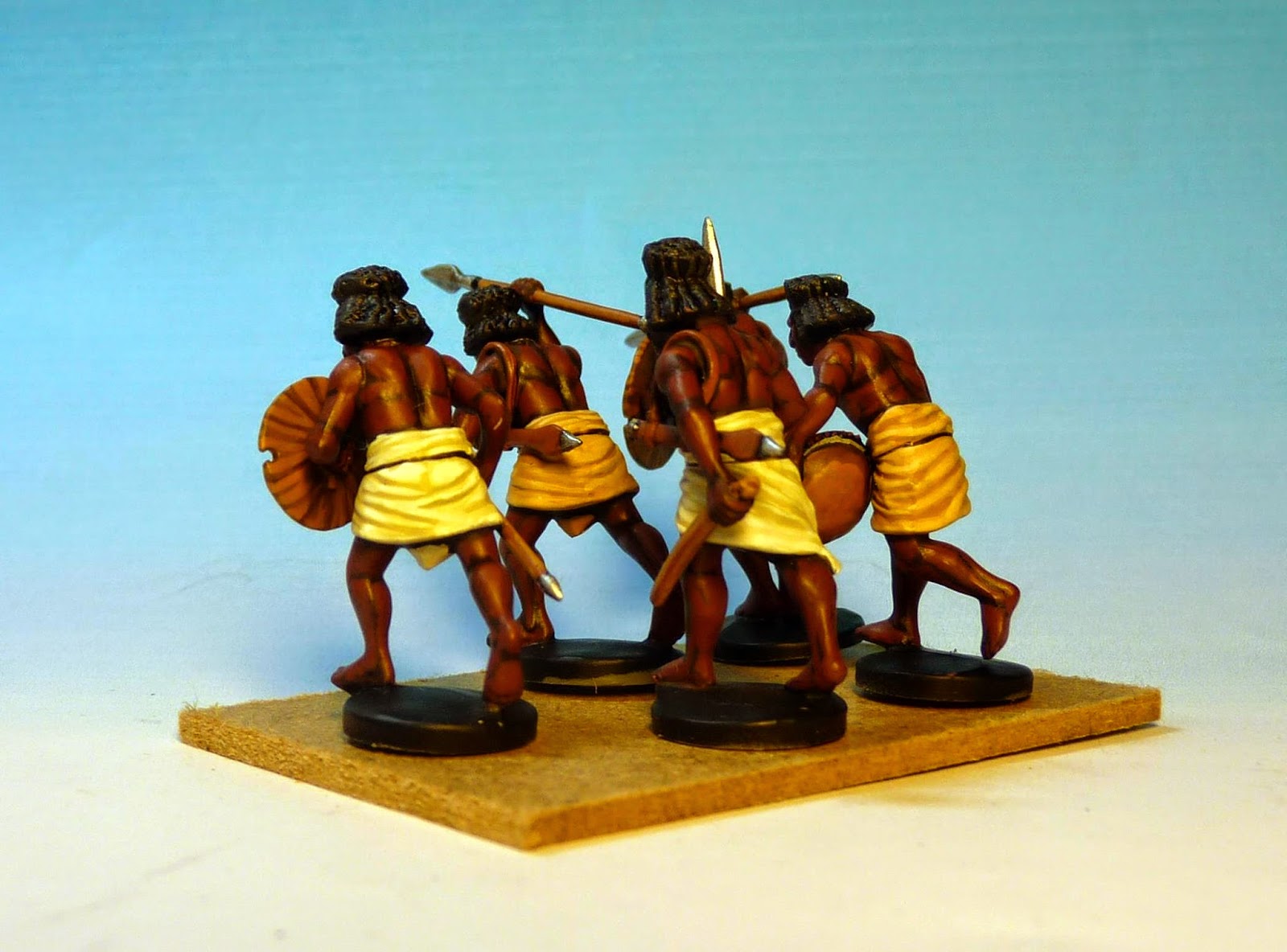 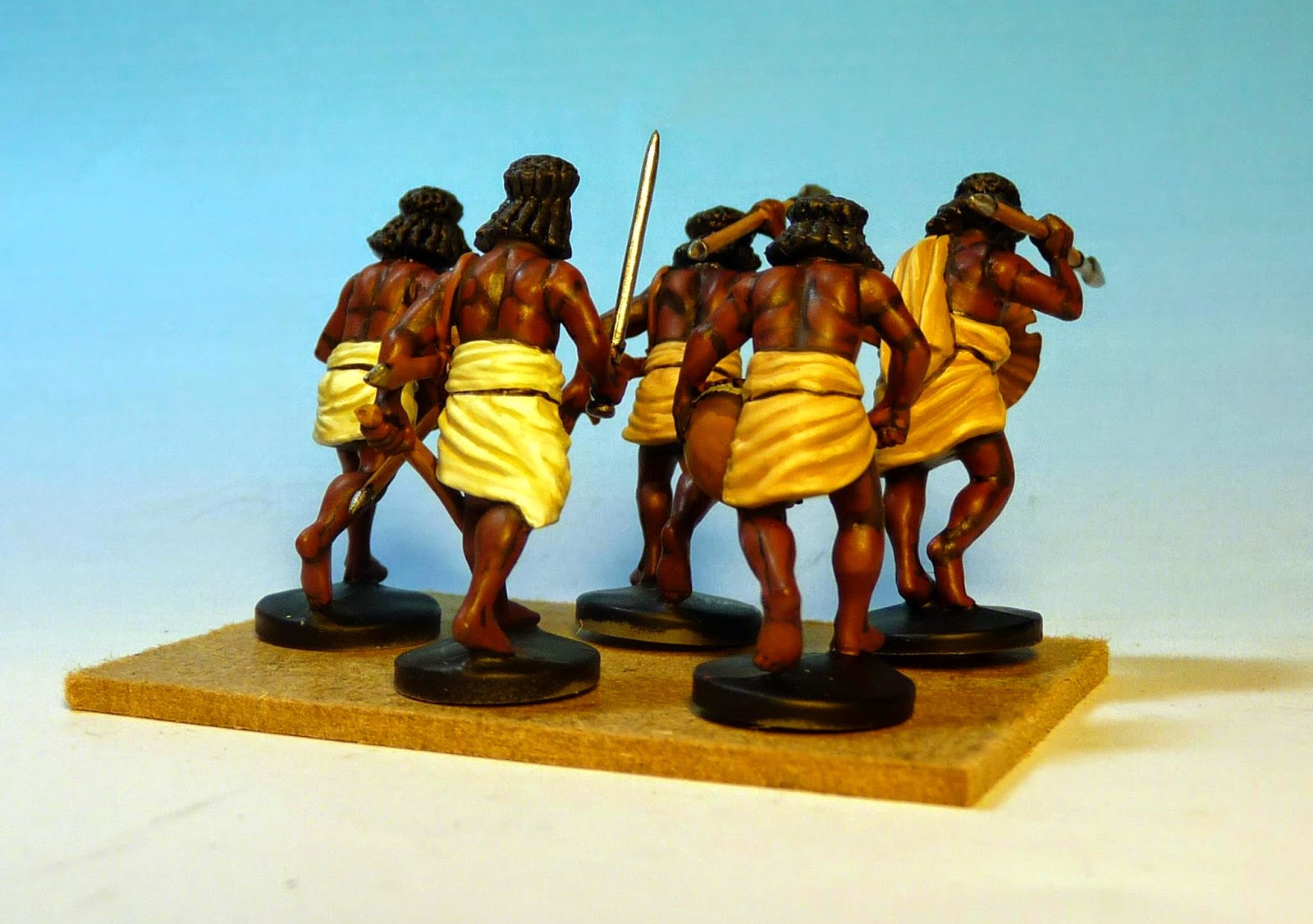