Last evening saw the finale of the Cold War Commander game were have been playing for the Western Front in Europe come to it's fiery climax!

The Challenger I's proved to be the proverbial Rayguns prescribed to them. nice and dig in along with the infantry they were a solid steadfast wall of defence against the oncoming Soviet hordes.

The game eventually boiled down to me needing fours or more to hit Jim and he needing sixes to hit my dug in armour which at most he could only temporarily suppress due to their Chobham Armour and being nicely tucked into the earth.

The game was also punctuated by some really lucky (freak!) dice rills on my part where I kept blasting away and scoring not just hits but those AFV's that didn't explode ended up mostly being suppressed.


Soviets Advance their BMP's on my right flank
(Significantly they fail to bebus their infantry): 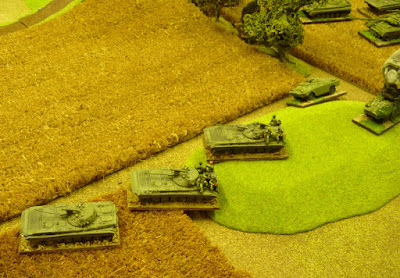 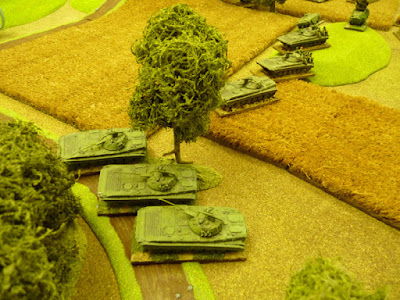 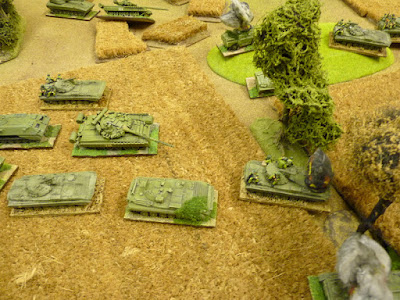 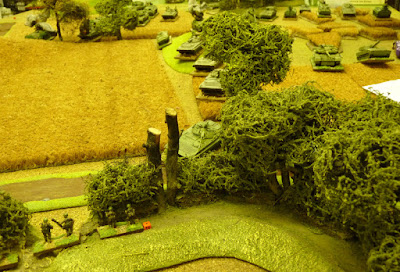 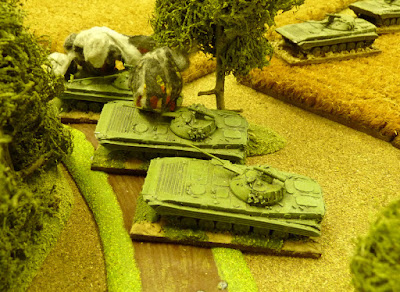 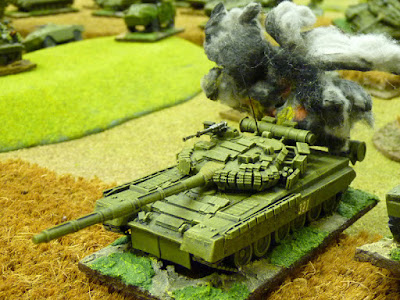 Quite a few iof the guys were playing the Dark ages variant of Lion Rampant (as published in Wargame Illustrated) and to my delight were at least a couple expressing an interest in playing original Medieval rules. 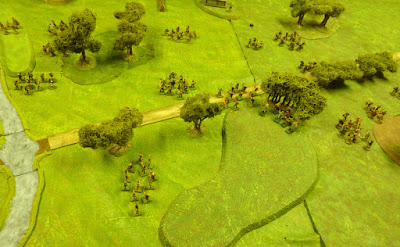 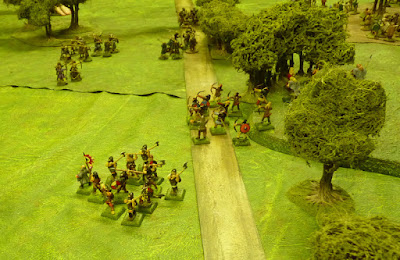 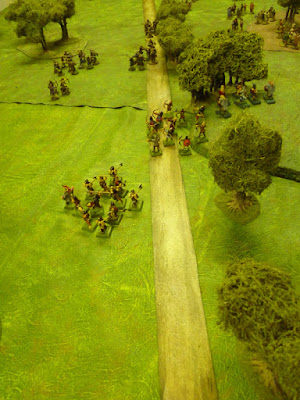