The Other Partizan, The Rest of the Show

Or, The Games I Managed to Take Some Quick Snaps Of!

It was an experience. A mixture of great pleasure and pain! I'll explain.

It was the Bodkins (A Late Medieval Demo Game Group we have formed) first outing and that was going to be a blast no matter what considering the quality we have within our group in terms of sculpting, converting and painting!

You can read a decent run through of Berne, Baby Berne!, a Burgundian and Swiss affair that we put on HERE.

So, onto the other games at the show.It seems only fair that I should point pout that I didn't have very much time at all to take many pics of the rest of the show as I was on duty at the demo table and happy to be there too.

I think that the standout game for me was a great Early Medieval/Dark Ages L shaped game put together by Simon Miller, Paul Scrivens, James Morris and Steve Jones. It looked superb to my eye and utilised Simon Miller aka Bigredbat's To the Strongest rules which are a real innovation, especially for larger games.

Here's the few pics that I did have time to take of the game. I think you'll agree that it was a handsome affair(?): 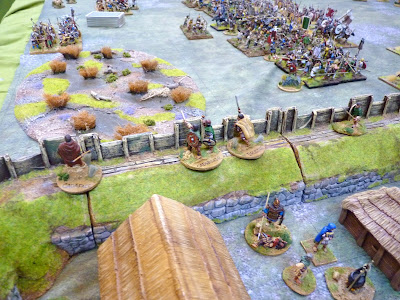 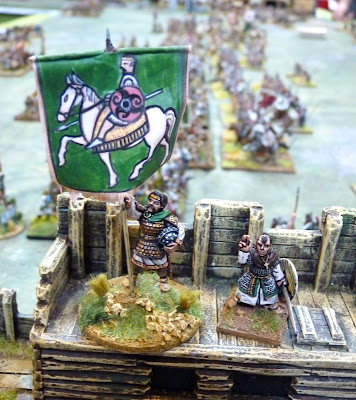 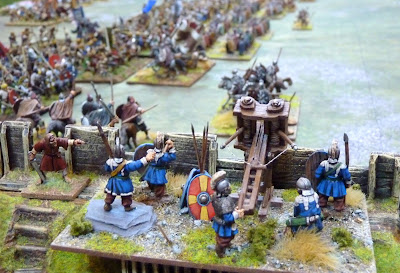 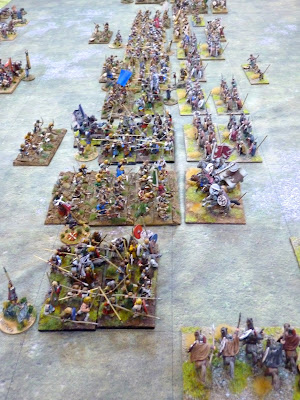 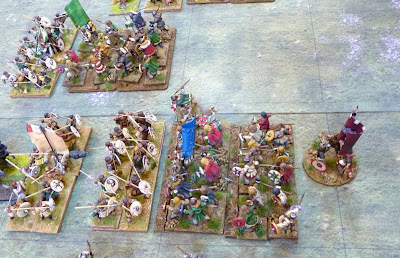 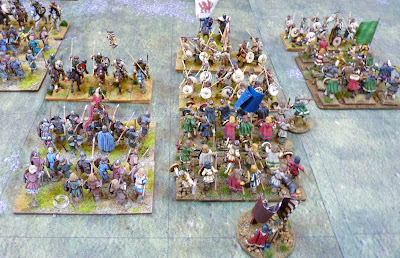 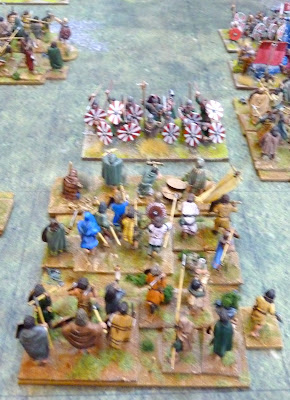 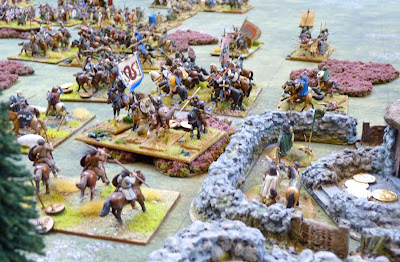 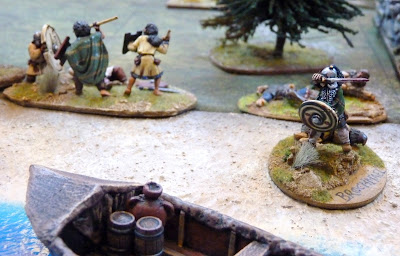 I did manage to get a few more pics of some of the games but I really didn't have the time I usually have to take a leisurely stroll around so it was a case of take what I could when I could! 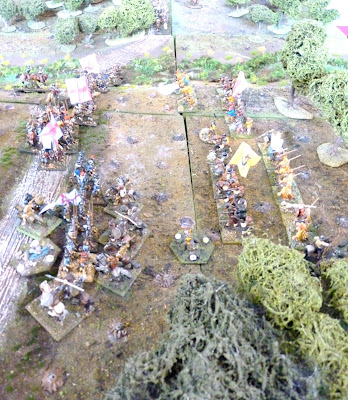 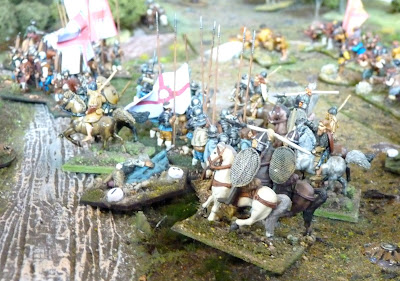 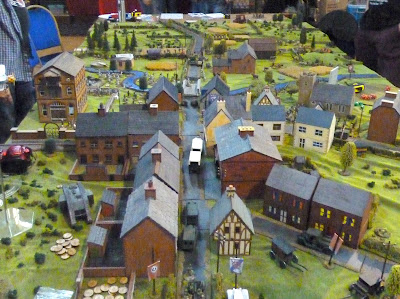 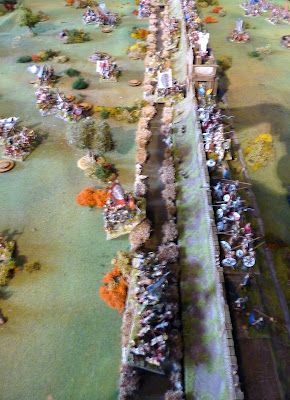 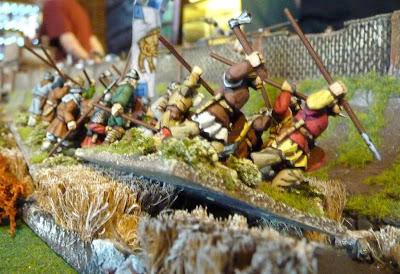 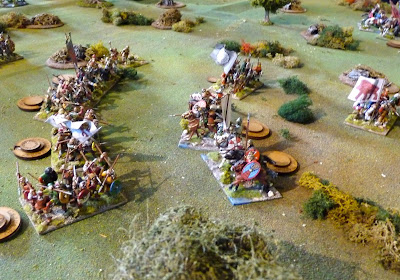 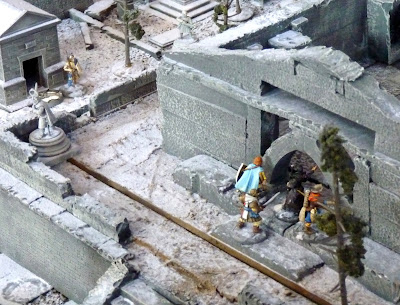 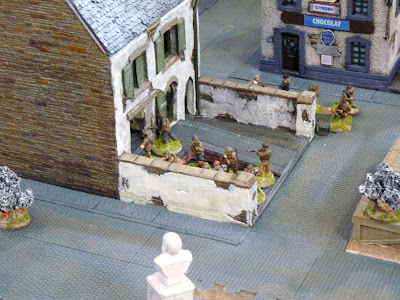 At this point it is probably pertinent of me to apologise to all the people who put the effort in to get great looking games on the table top that I missed. Ironically it was largely down to the quality of the game we had just put on :>)