Today I am very pleased to announce the completion of the Harold Godwinson Command vignette. It was inspired by the arrangement for the army to rendezvous at the Caldbec Hill where stood the "Hoary Appel" tree" I was originally going to include an apple tree as part of the base but decided against this as it would detract from the actual miniatures which is after all, what the vignette is all about. The Harold Godwinson miniature was a freebie that was handed out by Gripping Beast in their 1066 and All That WAB Campaign weekender which was part of the much larger campaign weekends hosted by Rob Broom at GWHQ! As I think back now it seems inconceivable that Games Workshop would host a WAB event, especially a weekender but host them they did and they were as much fun as they were varied.  The horn blower is in fact a mini from Gripping Beast's Viking Range. The two Standard Bearers are from Saxon Miniatures and their Saxon Huscarls pack. I'm a bit of a fan of Saxon Miniatures as they are sculpted by a chap that used to sculpt for Gripping Beast and are very much the same style of sculpt that I collected quite a lot of back in the day! The sculptor was Colin Patten and the last mini's he did for Gripping Beast were the Shieldwall Miniatures Vikings of which I'll probably be adding a few to the Anglo Danes as I progress through the rank and file. I had in fact expected to be a little further along with the rank and file but an untimely dose of man flu and a very bad tooth put pay to my plans. Still, they are progressing nicely and I will soon be posting pics of the Huscarls that will stand in front of the Ceorls featured HERE and HERE. The banners are all by the very talented Steve Hales from Little Big Man transfers- the best in the business for the Early Medieval period IMHO.


A View from All Sides and Back Again: 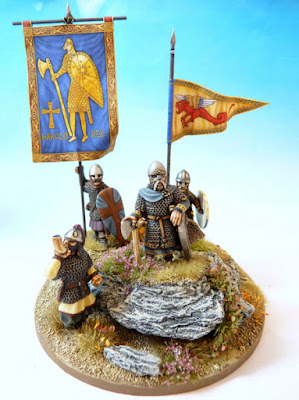 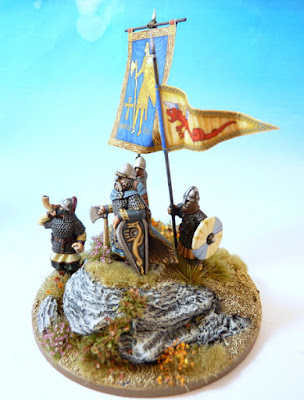 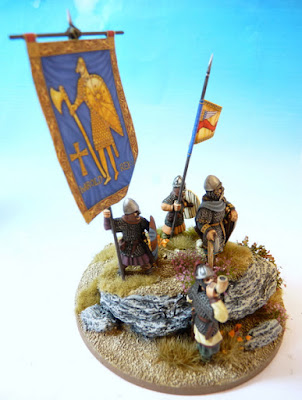 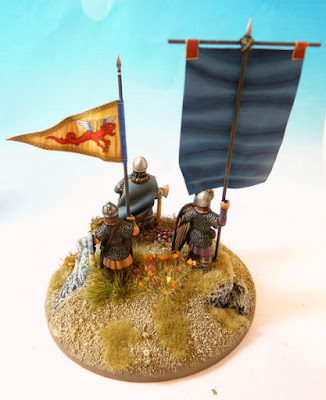 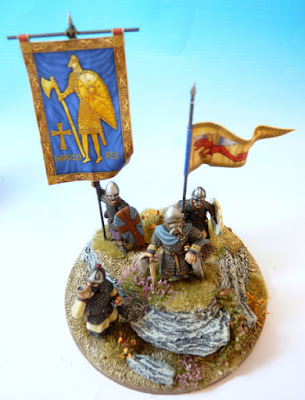 And a Decent Close Up: 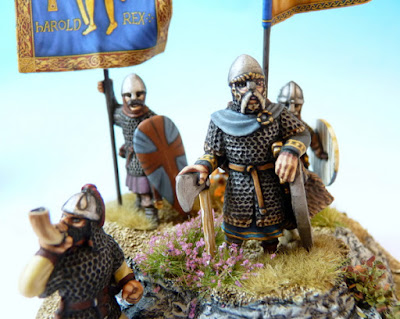