Battle of Arsuf Christian Conversions I or Playing with ProCreate Again!

In between bouts of painting I've been trying to brush up on my conversion skills (trying being the operative word!) and have been working on the beginnings of the Christian forces for the battle of Arsuf. I'm using the Perry Miniatures First Crusade range (Christian to start with)  naturally armours had changed over the preceding century so it's necessary to do a lot of conversion work. i'm viewing this project as something that I'll be working on in between painting sessions so that I don't grow impatient with the sculpting of the armours and horse caparisons. I have four models lined up currently but until I become more competent at using ProCreate putty (Greystruff) I'm going to be working on one model at a time.

The putty work is not as smooth as I'd like it to be but I figured that for the first mini this isn't a bad start so I decided to post up pics of my progress. This of course adds a little impetus to the project as well; blogging is a great way to do this!

The images of the knight show him with a surcoat (or part of!) added and the classic helm with a face 'mask' that was beginning to make is into Military fashion. I'll probably have the rest of the surcoat completed by today or tomorrow so will post up more pics as I jog along. 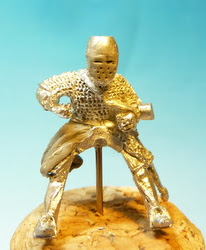 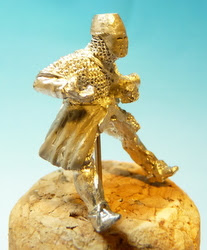 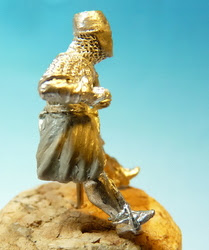 The horse has the 'front' part of the caparison done and I'll be adding the back part later today (skill permitting). It's quite a steep learning curve and I still have to work out the best time to smooth out the putty as can be seen in the pics! 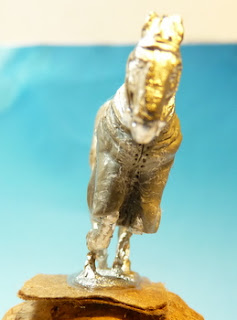 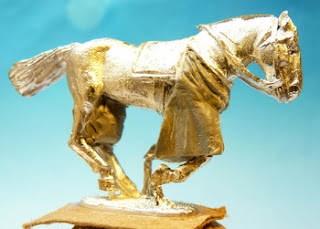 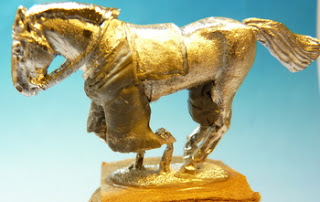 Well, that about it for now.  I'll hopefully be posting up more pics of the completed article if not tomorrow then the next day.