Here's Part II of the Lanwasters and Raven Feeders variation of Lion Rampant. As mike has to go home a little early I was able to step in his place defending the last corner. Unfortunately, despite accidentally moving 8' with my Yoemen Foot [Posh(ish) lads with spears] until it was pointed out to me that I was moving too quickly! Anyway I had one chance to charge the enemy and knock them back off the table, thus winning the game pre-Glory Point count, but, you guessed it; my unit bounced allowing said enemy unit with priest to walk to safety in a fairly comfortable manner! Oops!! :>)

Gloriously flippant view of one of the Tanks Mike painted up! 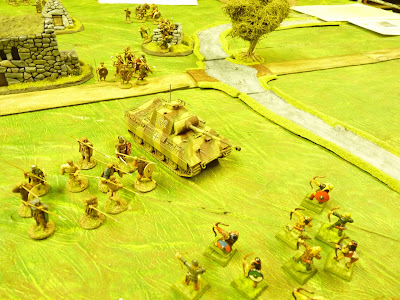 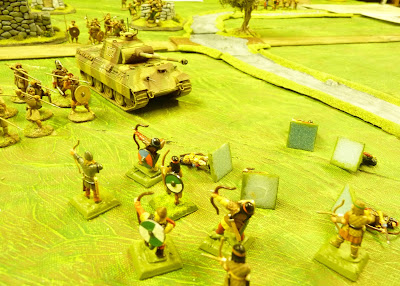 Here's the pics of the real action!: 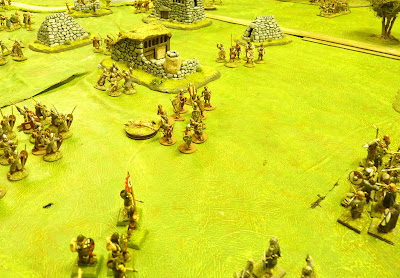 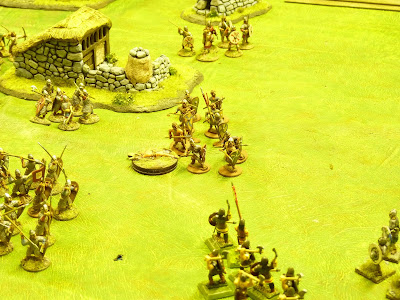 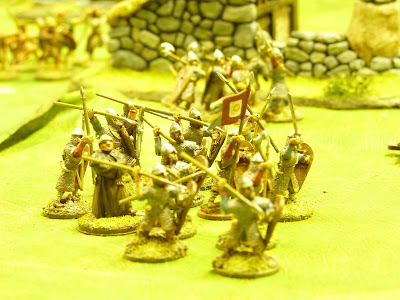 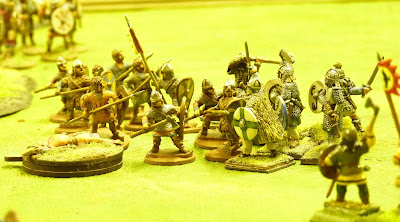 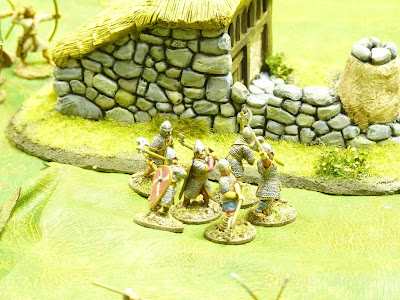 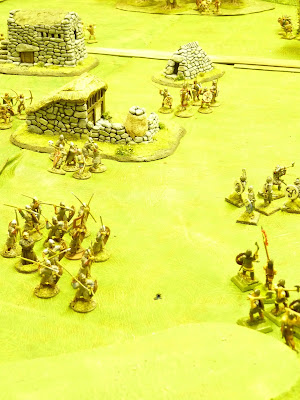 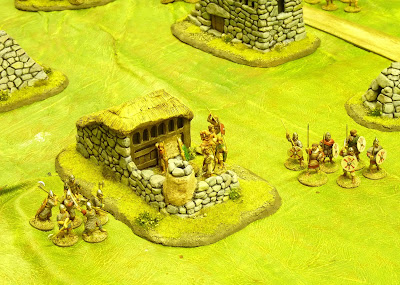 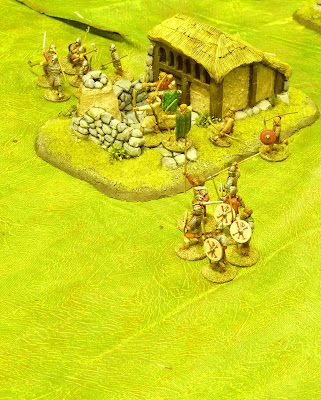 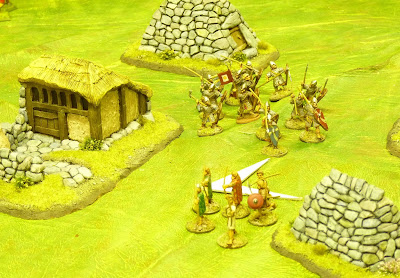 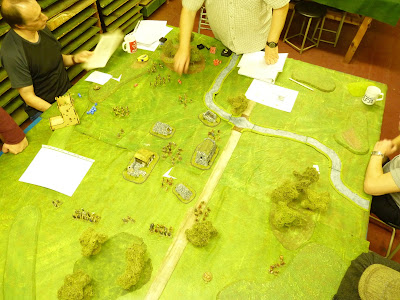